If built, the Spiral Tower will be the world’s first climate-neutral skyscraper, lifting both tourists and locals to new heights. Sam Ballard reports

Four Dutch companies have revealed plans for what they claim will be the world’s first climate-neutral high-rise attraction – the Spiral Tower.

The tower is able to offer 360 degree views of its surroundings via cabins similar to those on the London Eye. Each cabin regenerates energy “like an electric car”, according to the company.

The windows of each cabin will also be “smart”, allowing those inside to see augmented-reality descriptions of the city below, relating to historical points of interest and landmarks, for example.

The companies behind the Spiral Tower – Bosch Rexroth, NorthernLight, KCI and Hillebrand – are now looking for a city to make the concept a reality. 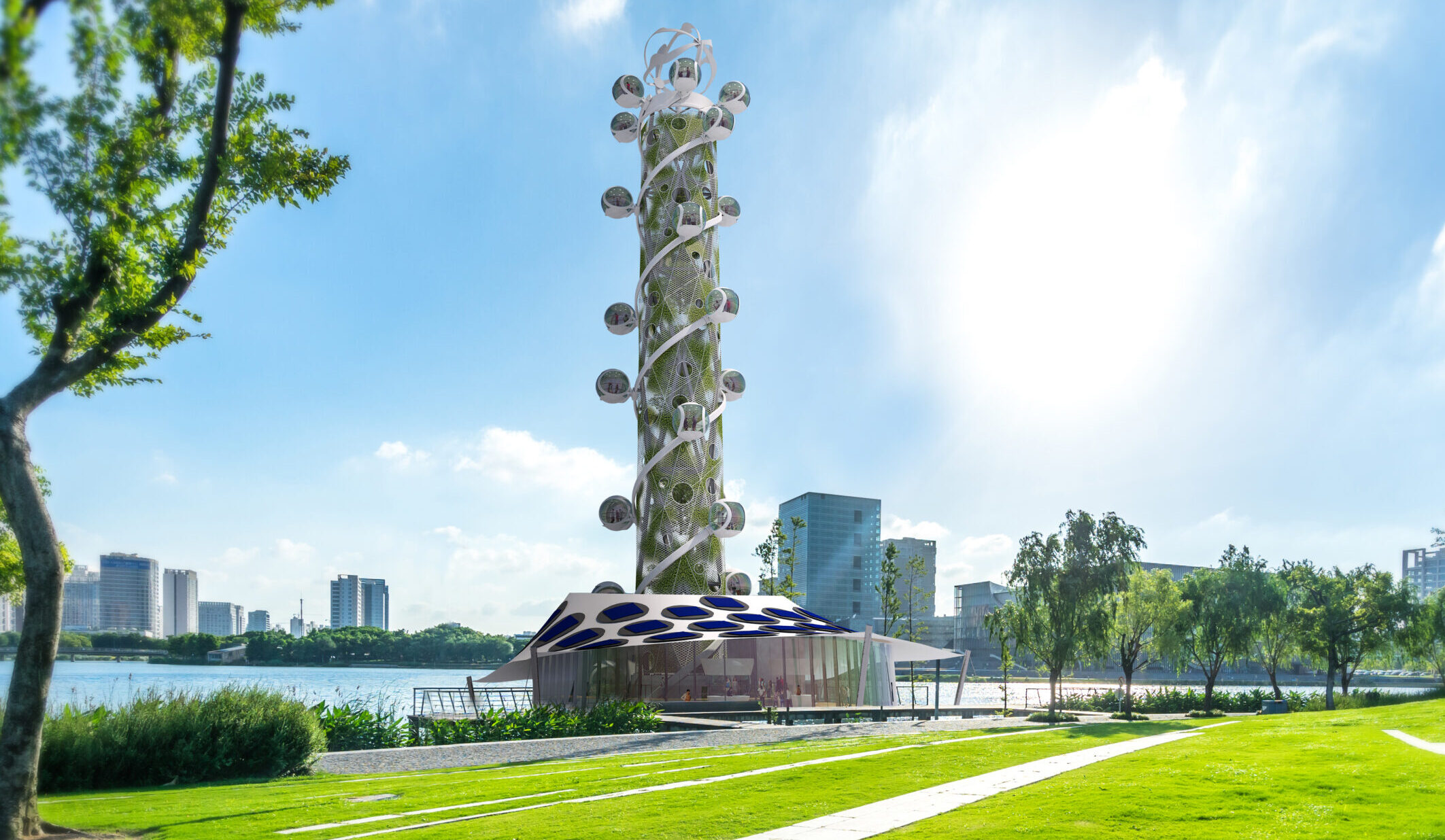 “The innovative construction lets autonomous electric cabins, that on their way down regenerate energy like an electric car, magically spiral up the tower,” says Peter Doesburg, sales manager at Bosch Rexroth.

A windmill would sit at the top of the tower, while solar panels would be installed in the mast, along with a vertical garden. The movement of the cabins down the mast could generate electricity.

The tower would be fully customisable. Its height could be anything from 60 to 150 metres, while the number of cabins could vary from four to 16. The capacity of each cabin could also go from six people to 12.

The attraction’s website also makes the point that the Spiral Tower is “significantly cheaper than a Ferris Wheel and most other high-rise attractions”.

The company estimates that between 500,000 and three million people could use the Spiral Tower every year.

The Spiral Tower is one example of the ways in which city planners are rethinking urban environments.

In New York, the city’s iconic Brooklyn Bridge has been reimagined for a post-Covid age as part of a competition. Entrants have included new walkways, running paths and even microforests.