Robotic chefs are set to transform restaurant kitchens around the world

Skilled in the preparation of everything from fresh sourdough pizza to gourmet burgers, robotic chefs could be the hot new recruit in restaurant kitchens of the future. Samuel Ballard reports

In the age of pandemic, technology is proving to be a saviour. In recent weeks, Globetrender has looked at how it is helping us in myriad ways – from cleaning hotel rooms to creating virtual reality workouts in Machu Picchu. Now we are looking at how robotic chefs are helping restaurants minimise human involvement in the cooking process.

French company Pazzi claims to have invented the world’s first pizza-making robot. The technology, which took seven years to develop, is now housed in the company’s first “Pazziria”, close to Disneyland Paris.

How does it work? Diners pick their favourite ingredients on self-service consoles (or on their phone) and can then watch the robots making their pizza in a matter of minutes. The robotic arm will not only spread on the sauce and put it in the oven, but slice and box it.

What’s more, the dough is prepared in the company’s workshop from flour by Thierry Graffagnino, a world-renowned pizza consultant, so the quality is top-notch.

Meanwhile, Creator, in San Francisco, claims to have put “a healthy amount of obsession, experimentation and love into creating a whole new kind of hamburger, one that’s never existed before”. 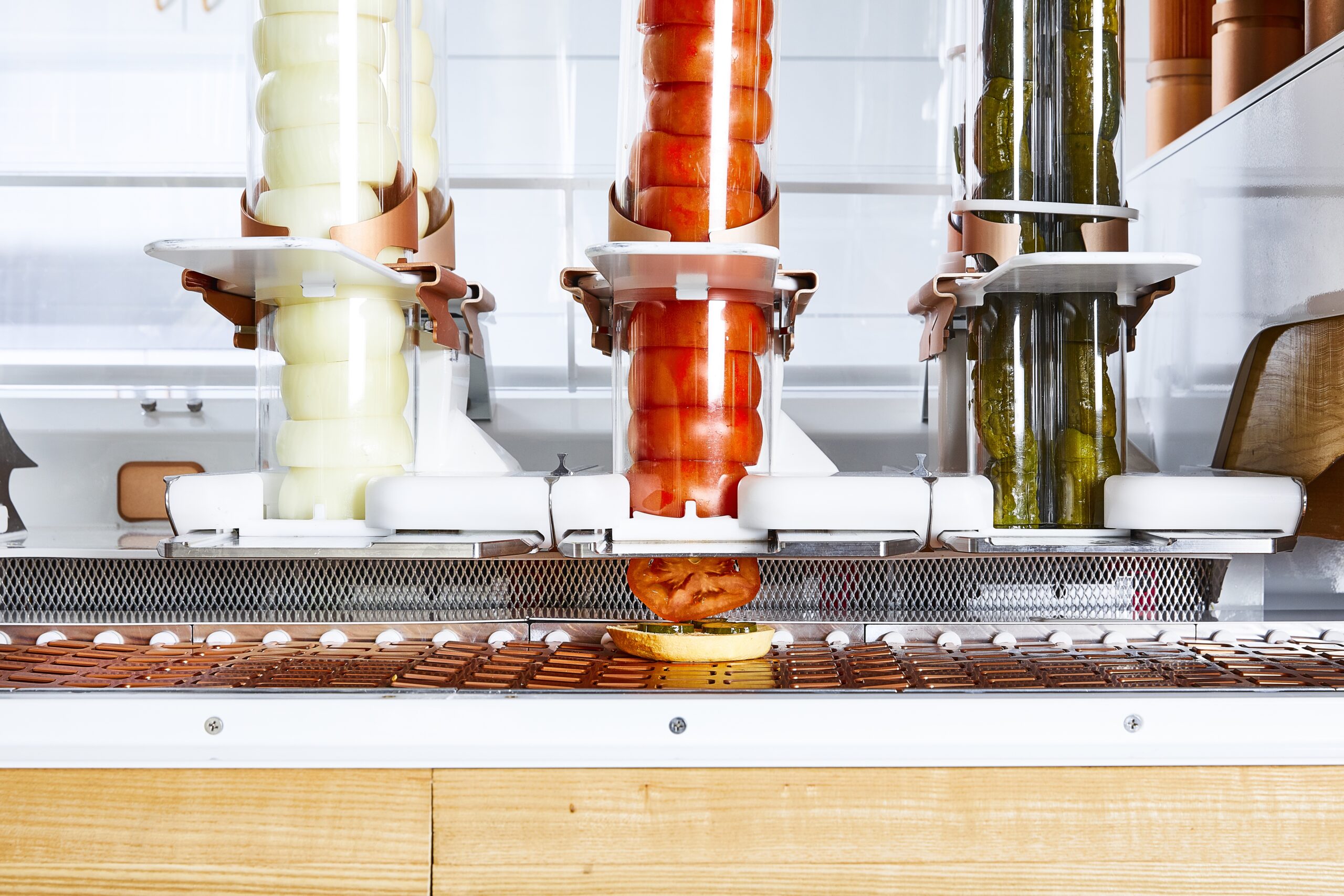 Creator relies on what it calls “one of the most precise culinary tools on Earth” to create its burgers. From the outside it looks like a factory’s assembly line, however, as with the Pazzi, choice is key and diners can choose their ideal combination. 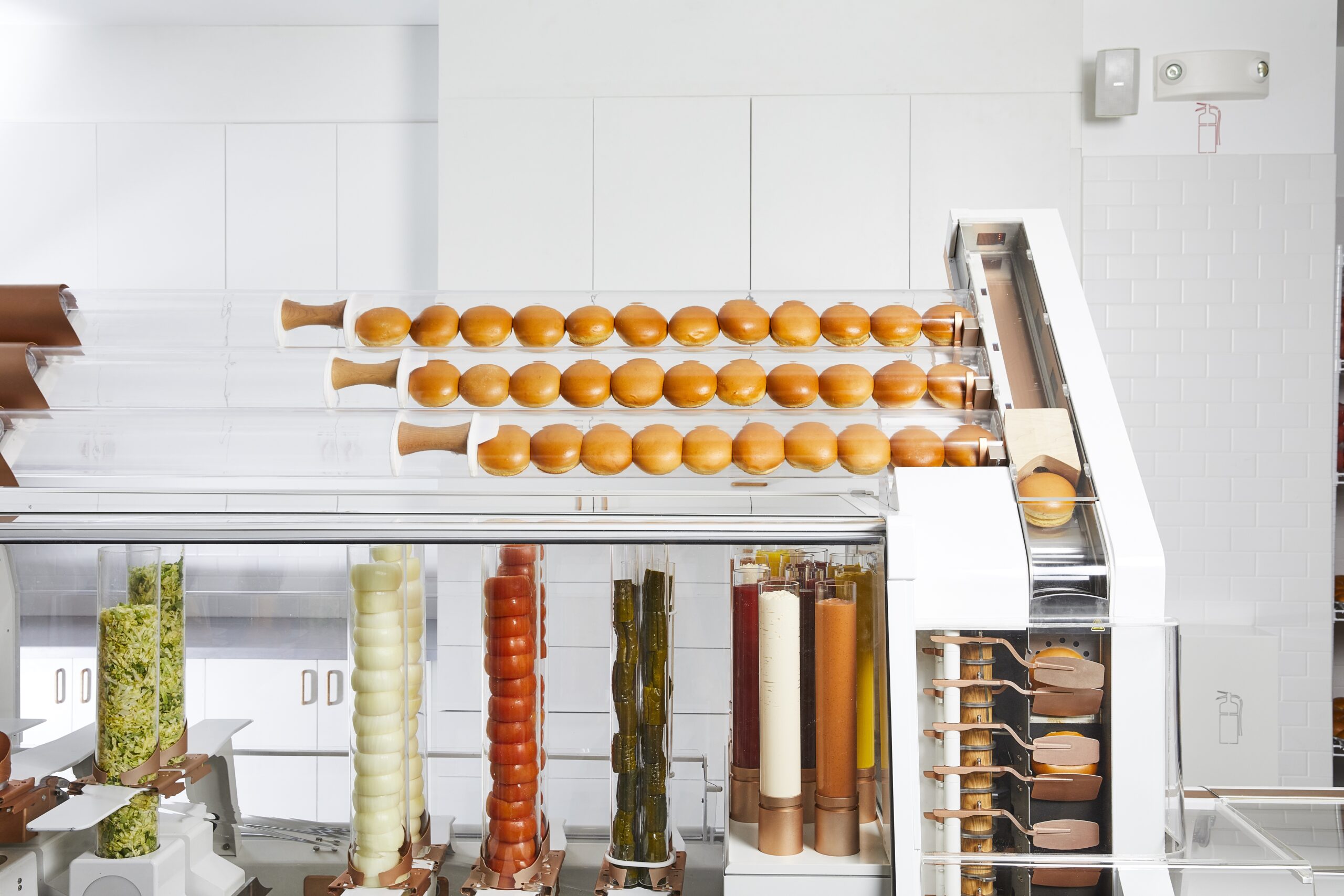 The company claims to spend more on its ingredients than any other burger at their price point. And given that prices start from just US$6.07, that’s pretty impressive. 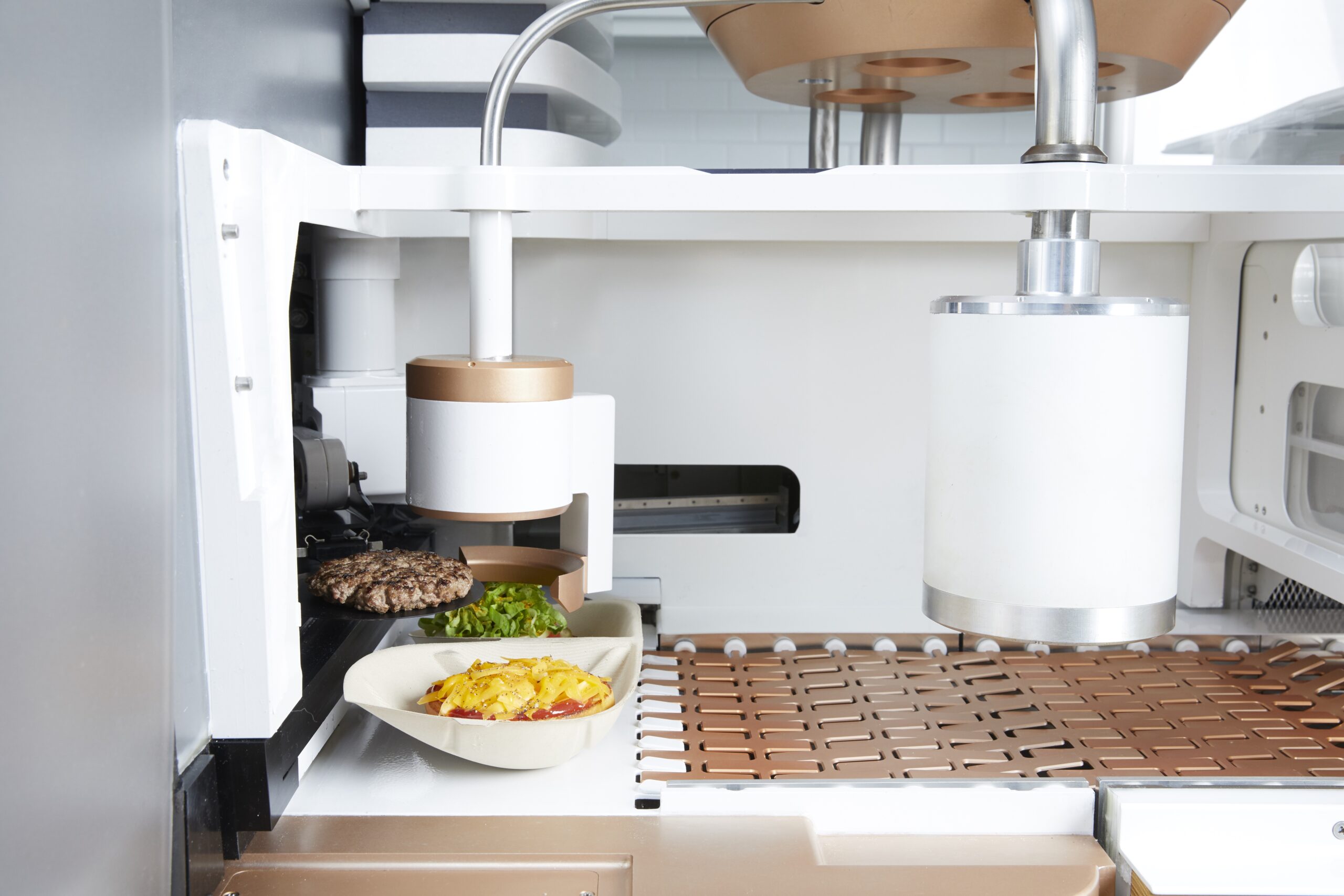 Another company, Spyce, claims to be the first restaurant in the world with a kitchen entirely run by robotic chefs that can cook complex meals. Based in Boston, Spyce was created by four MIT graduates, while the menu is overseen by Daniel Boulud, the Michelin star chef. 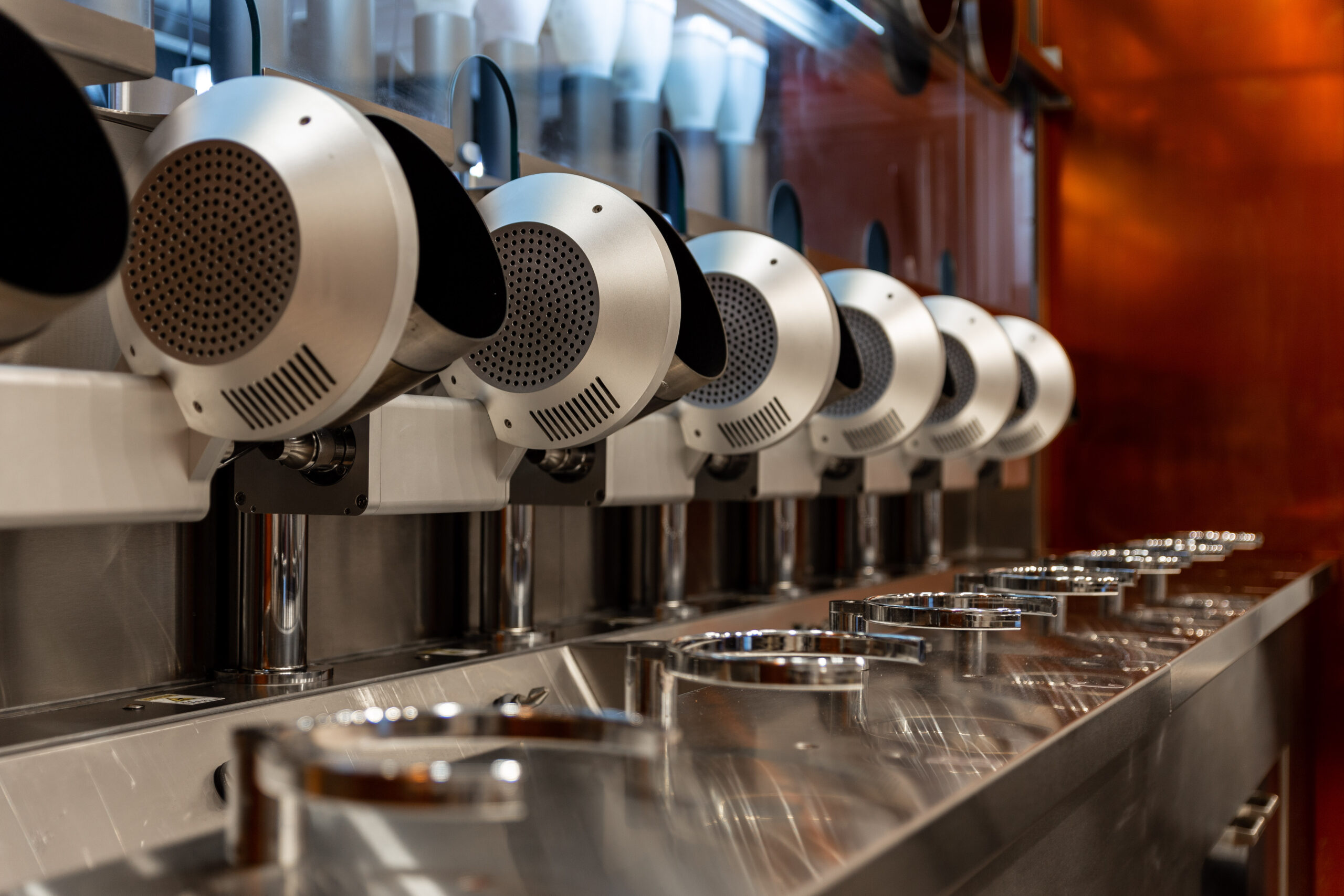 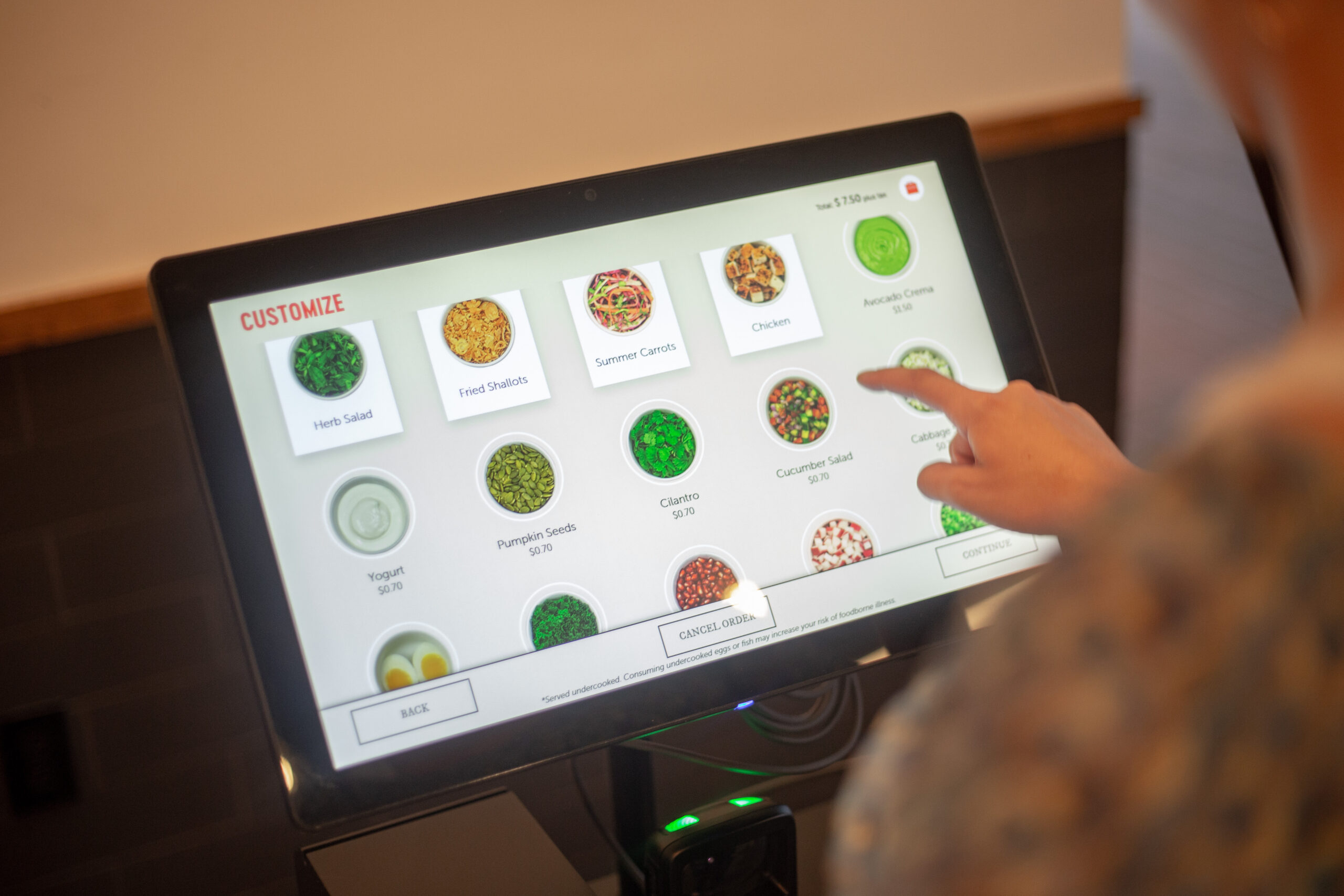 Although it is closed for the time being, the prep is done by humans but it’s the robots who are front and centre – cooking and serving up dishes in front of diners. Boulud said: “I discovered that the robotic kitchen could bring precision, consistency, taste and freshness to the preparation”. 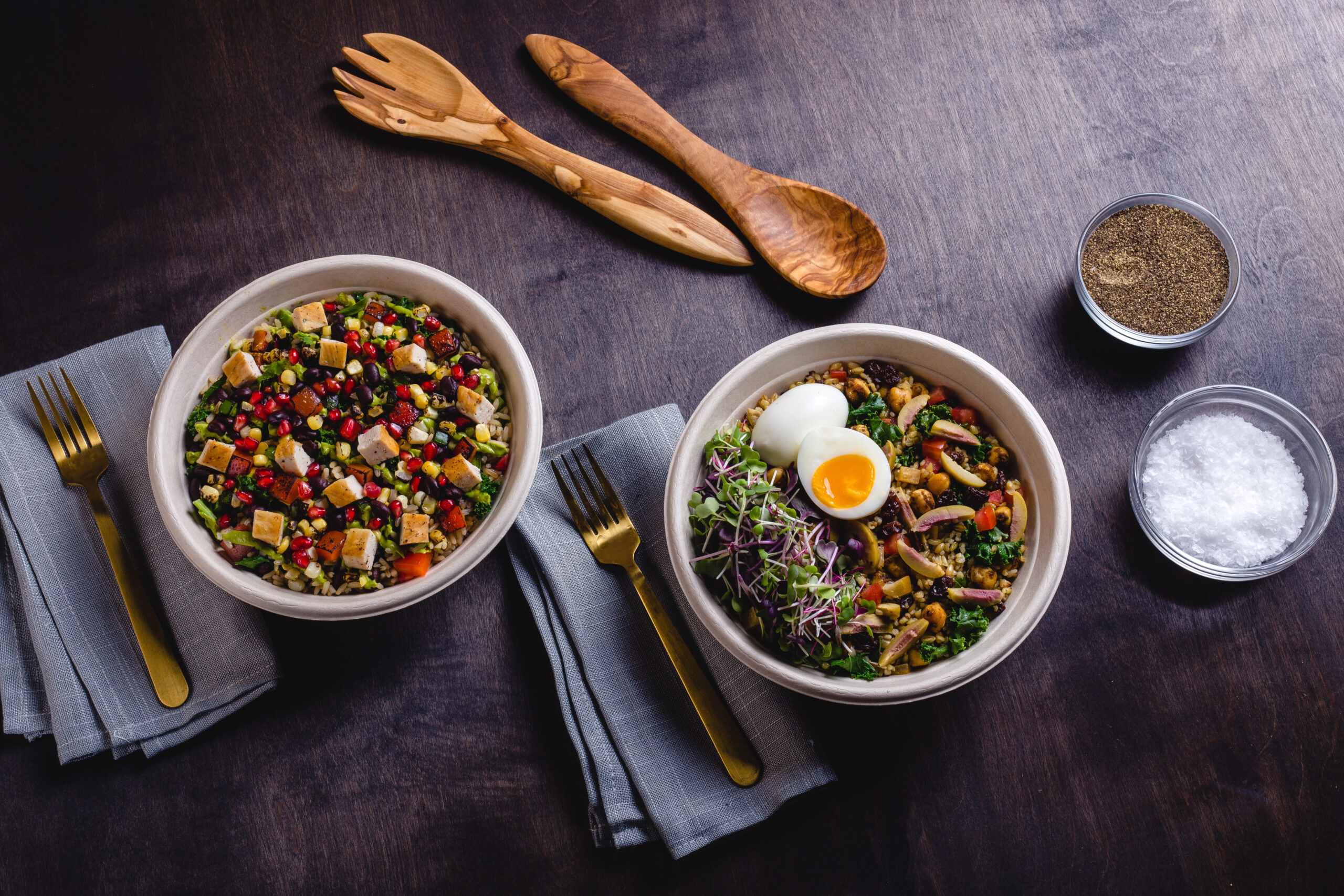 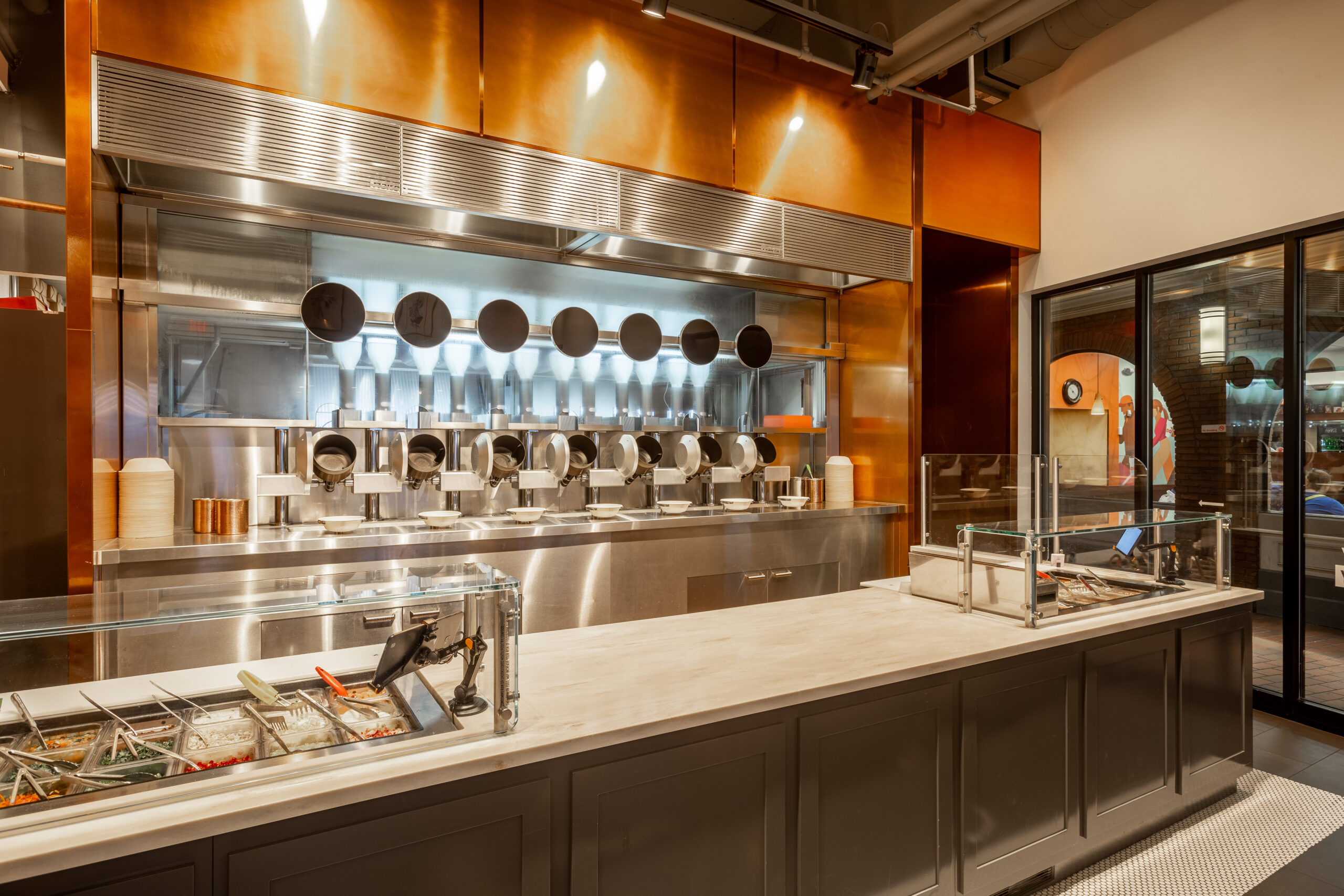 If you love food but can’t quite get to grips with cooking, then Moley might be the answer for you. The company has developed a robotic kitchen that can be installed in your home.

The unit comes as a sealed off area where you can watch a pair of robotic arms cook your favourite dishes or mimic those of actual chefs. After it’s finished preparing your meal, the arms will do the washing up too. Patents for the technology were first filed in 2014 and pre-sales for the product launch began this year.

Robotic chefs replacing their human counterparts en masse is unlikely any time soon. However, if these early adopters manage to nail it, you might be having your dinner cooked by a robot sooner than you think.

Equally, robotic bartenders could become a more common sight in years to come. The Makr Shakr cocktail-making robot already been installed in the ICE+FRIES bar in Reyjavik, Iceland, in partnership with high-end Nordic beverage company GlacierFire. 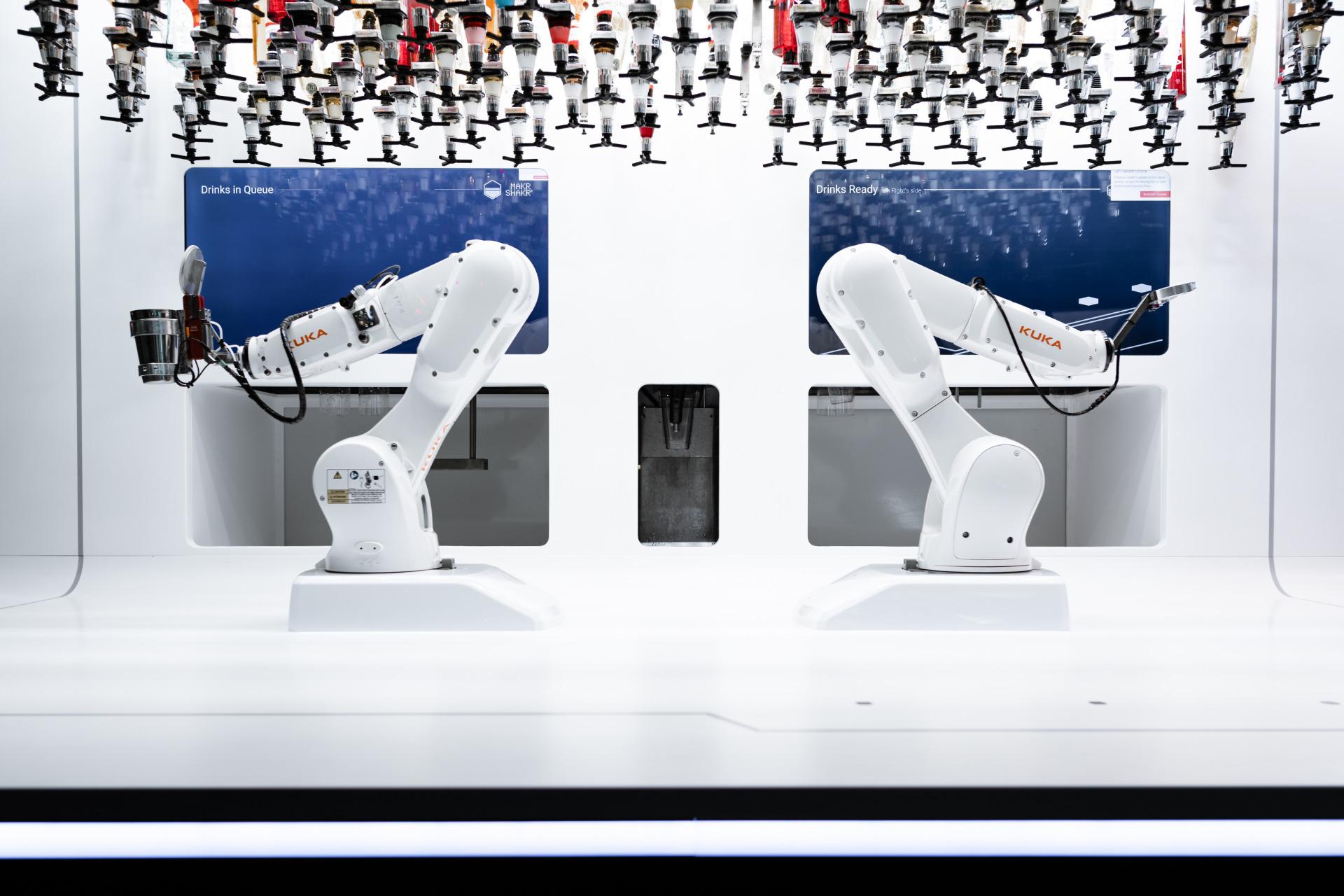 In the age of Covid-19, the Makr Shakr’s automated cocktail maker, Toni, “reconciles entertaining with the highest level of sanitation”.

“As safety becomes the priority for all of us, robotic bartenders can play a substantial role in helping the food and beverage industry getting back on its feet as soon as possible, says Makr Shakr’s CEO Emanuele Rossetti. “A robot like Toni offers a win-win solution for businesses, as it entertains patrons within health and safety standards.”