London-based bar and restaurant chain Burger & Lobster has launched a menu of gender neutral cocktails that are both transparent and nameless, in response to research that found that many people shun drinks perceived to be too masculine or feminine. Emily Eastman reports

According to a survey of 2,000 British people by Burger & Lobster, just over a fifth (21 per cent) of UK drinkers don’t feel comfortable ordering cocktails that they perceive to be more appropriate for the opposite sex.

Apparently, 13 per cent people have been teased for drinking things that are too “girly” such as a Cosmopolitan or too “manly” such as an Old Fashioned.

Over half those polled said that certain drinks are not suitable for men due to perceived “feminine” colours (26 per cent) and frivolous garnishes (25 per cent). Sweet, fruity cocktails are typically seen as being for women, while potent, spirit-heavy drinks are for men. 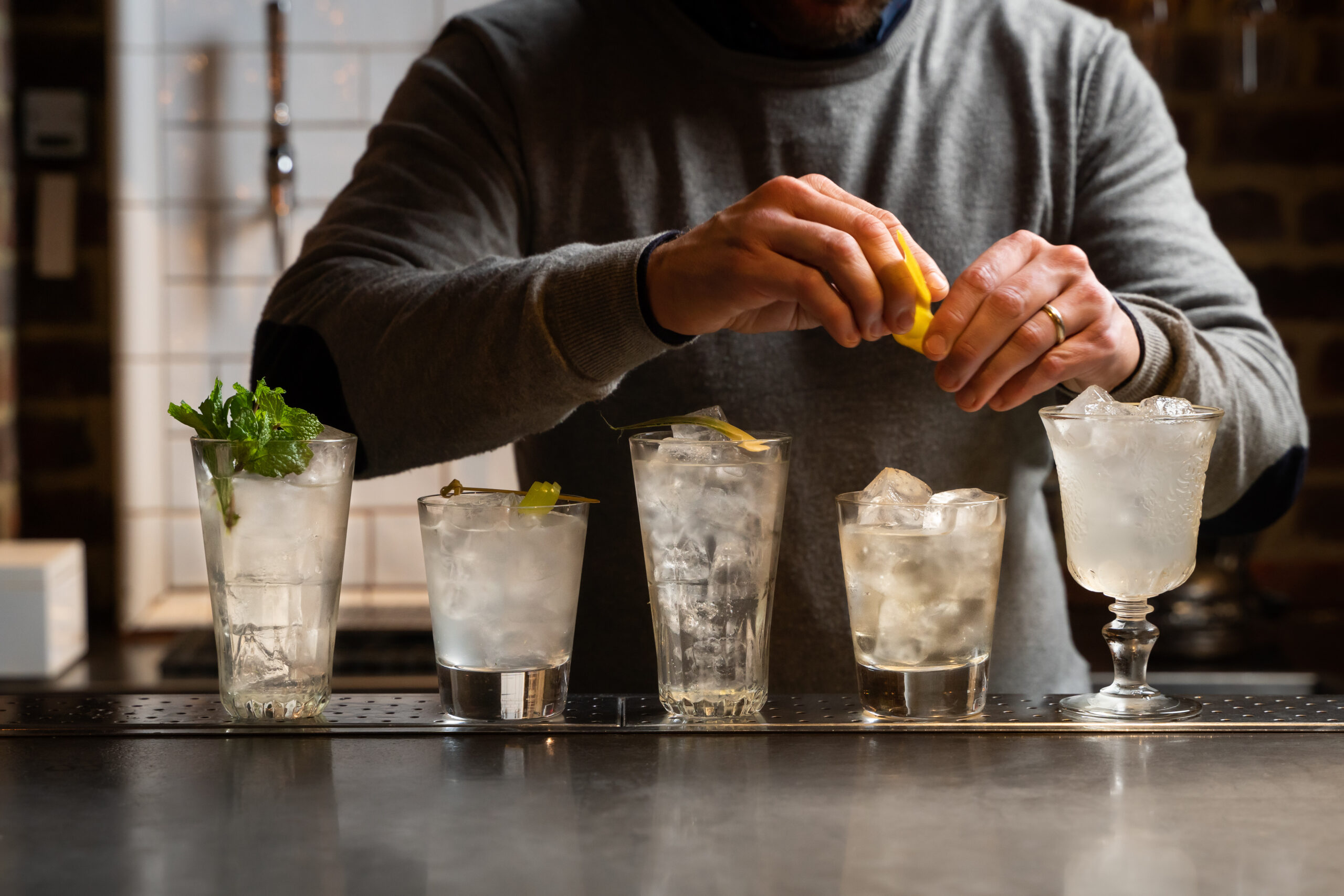 Guava appears in the Mojito Twist, while the White Negroni features white cacao and coconut foam. Tangy lime saccharum goes into the Margarita Twist, and homemade pineapple kombucha is used in the Pina Colada Twist. There’s also a White Cosmopolitan made with Absolut vodka, green apple and rhubarb.

What’s clever is that although the bartenders are using ingredients such as fruit juice, the resulting drinks are perfectly clear. This is because they are using “clarification” processes such as filtering that remove the particles in liquids but leave the flavour.

Globetrender editor Jenny Southan wrote about this trend in the October edition of Conde Nast Traveller. 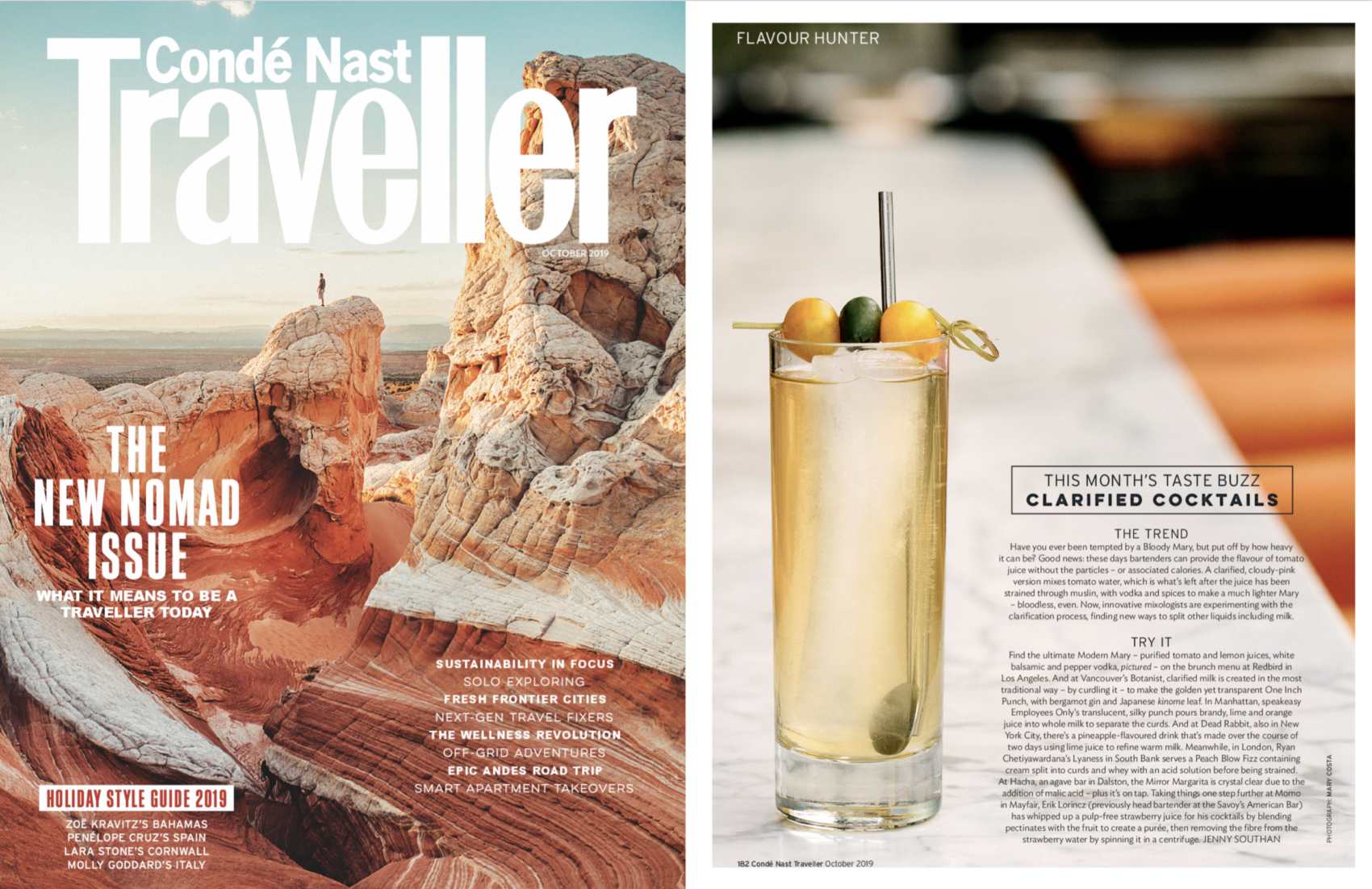 Balan says: “The creation of the colourless cocktails whilst still getting the taste was a fun challenge for me. I love this new range and I hope that other bars come and try them, and it inspires their menu to be fit for everyone.”

As well as doing away with colours, Burger & Lobster wants customers to select a drink based on the ingredients rather than the name. To demonstrate how words influence people, the Soho restaurant assigned numbers rather than names to the drinks, while the Bread Street restaurant stuck with names. Ben Hedley, head of marketing, said: “The colourless and nameless cocktails are an exciting concept, not only for us but for our customers. They are always on the lookout for what we are doing next and we hope this will encourage more people to feel comfortable in what they are drinking.”

Based on the figures, it would seem that Burger & Lobster is on to something. Over two-thirds of survey respondents admitted to being put off of drinks because they considered the glassware to be too feminine or masculine.

Meanwhile, more than a quarter of both men and women surveyed said they feel pressured to drink or avoid certain beverages that they’d like to have when they’re out with friends and family.

Burger & Lobster is also encouraging participation in the #OurWhisky campaign, which it says is taking active steps towards gender neutrality by challenging the misconception that whisky is a man’s drink.