V&A museum explores the future of food with new exhibition

London’s V&A museum has curated a new exhibition called “Food: Bigger than the Plate“, which explores how innovative individuals, communities and organisations are radically re-inventing the way food is grown, distributed and experienced.

On until October 20, visitors embark on a sensory journey through the food cycle, from compost, farming and trading to eating. Exhibits include a travelling food cart that provides people with a “unique bioregional canapé” based on their answers to a quiz on what food future they would like to see.

Sean O’Grady wrote in The Independent: “For what I was expecting to be a snackette, I chose Delicious, Traditional and Zero Waste, and was served up a ‘cultivated crisp’ (made from English cucumber, grown in Maidstone and dried in Kent), with ‘wild spread’ (foraged English mushroom and wild herbs), plus some ‘revitalised relish’ (out of tomatoes too ugly for local restaurants and supermarkets).”

There’s also an installation called Daily Dumps, which looks at a pioneering system for home composting in India that uses beautiful handcrafted terracotta pots (apparently one third of the world’s food is wasted), as well as GroCycle’s Urban Mushroom Farm, which employs used coffee grounds from the V&A Benugo café to grow edible Oyster mushrooms. These will later be harvested and served for lunch.

Somewhat more delicious is the opportunity to taste liquids such as Japanese Knotweed squash, Birch sap and Green Hop tonic concocted by Company Drinks. You’ll also come across ingenious edible water bottles that could spell the end of plastic. Developed by Skipping Rocks Labs, the Ooho! balls are made from biodegradable, natural membranes that can be swallowed and digested. 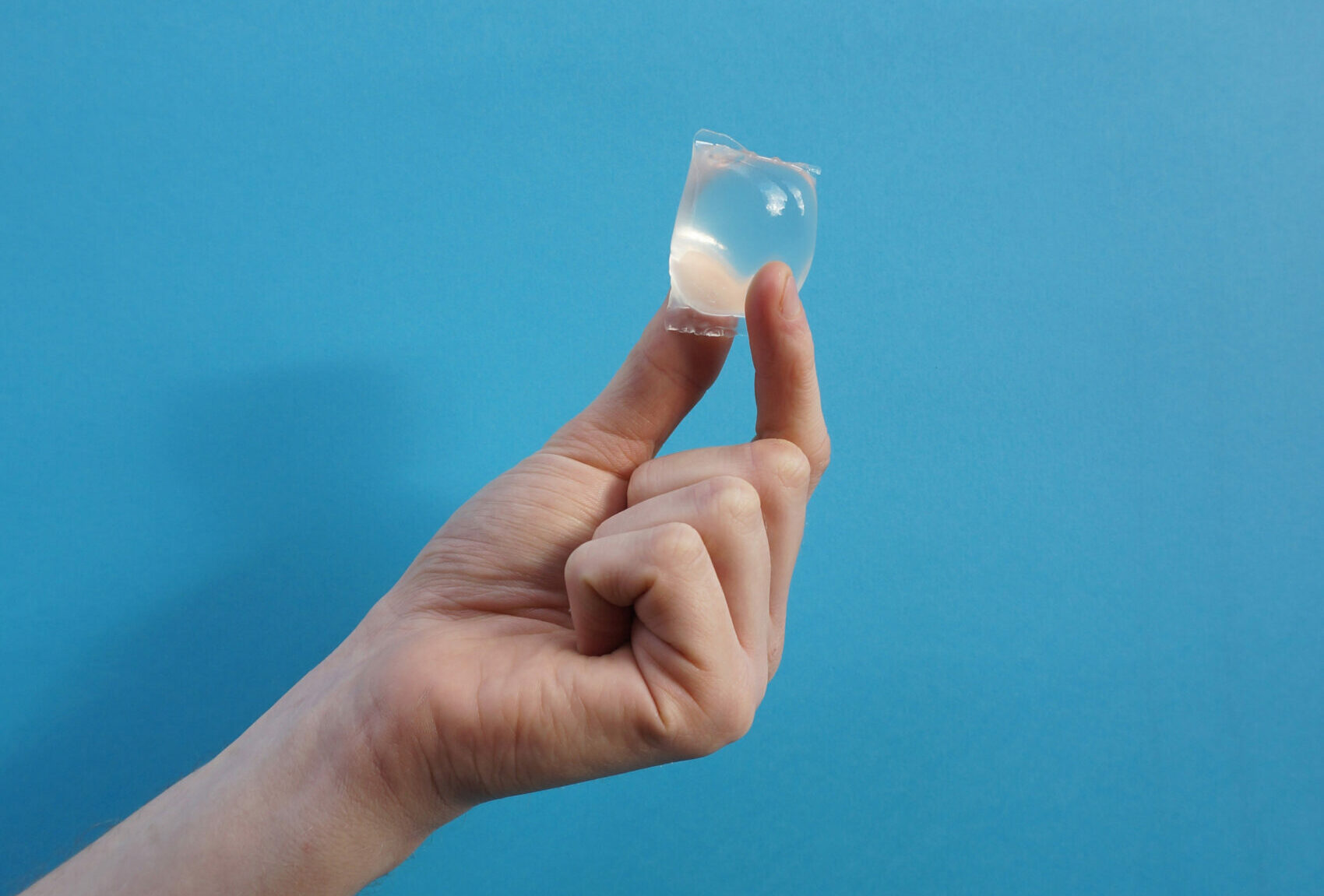 One of the exhibition’s most important focuses is on the disconnect we have between what we buy in supermarkets and what happens in industrial farming.

Alastair Sooke writes in The Telegraph: “Nearby, a 13min-long loop of clips from the well-known 2005 documentary film Our Daily Bread lays bare the realities of modern food production: blood-soaked animal carcasses in stainless-steel abattoirs. In one memorably sinister scene, like something out of Hitchcock’s North by Northwest, a yellow crop-duster plane flies straight at the camera, as though attacking it, while unleashing a storm cloud of pesticide upon a field of golden sunflowers.”

The V&A says “the exhibition falls at a pivotal time where food and our relationship to it are topics of increasing global interest and debate”, and has been created in collaboration with artists, designers, chefs, farmers, scientists and local communities.

Catherine Flood and May Rosenthal Sloan, co-curators of “Food: Bigger than the Plate”, say: “Food is one of the most powerful tools through which we shape the world we live in, from how we create society, culture and pleasure to how we determine our relationship with the natural world.

“In an era of major ecological challenges, fast-changing societies and technological re-invention, now is a crucial moment to ask not just what will we be eating tomorrow, but what kind of food future do we want? What could it look like? And taste like?

“Today, a wide range of inspiring creative practitioners are addressing these expansive questions. Putting food at the heart of the museum, this exhibition is an exciting opportunity to bring together some of the best of this work to explore food as rich ground for citizenship, subversion and celebration.”