Located in Amsterdam’s Olympic Stadium, MaMa Kelly restaurant opened in November 2017, and was designed by Rein Rambaldo who went all-out in embracing trendy millennial pink for its decor and furnishings.

Offset with brass, leather and oak details, everything from the plush carpets and thick tablecloths to the ceiling pipes and velvet booths are millennial pink. 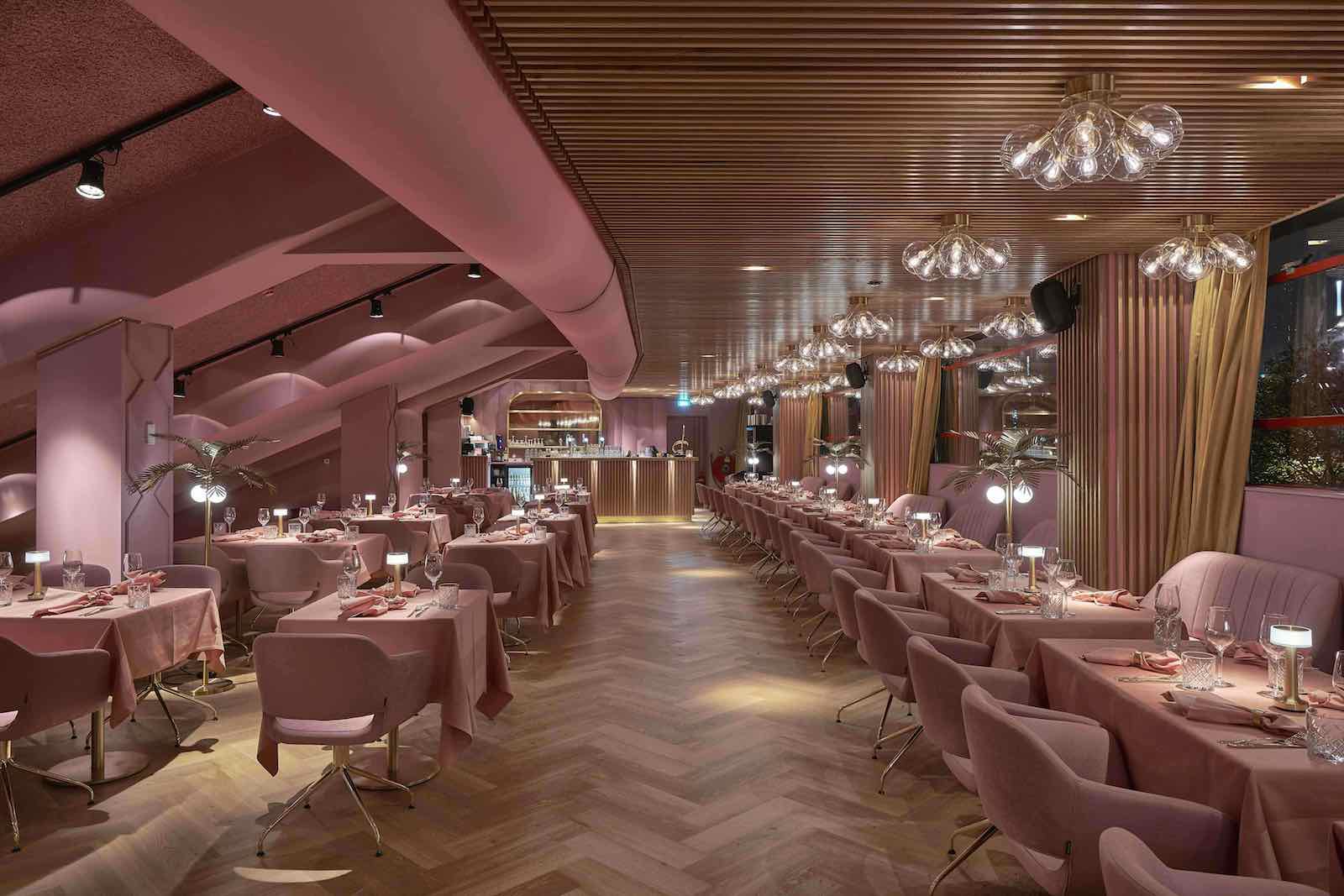 There’s no doubt it’s over the top but it is evidence that this design trend continues to explode, with venues taking it to new Instagram-hungry extremes. 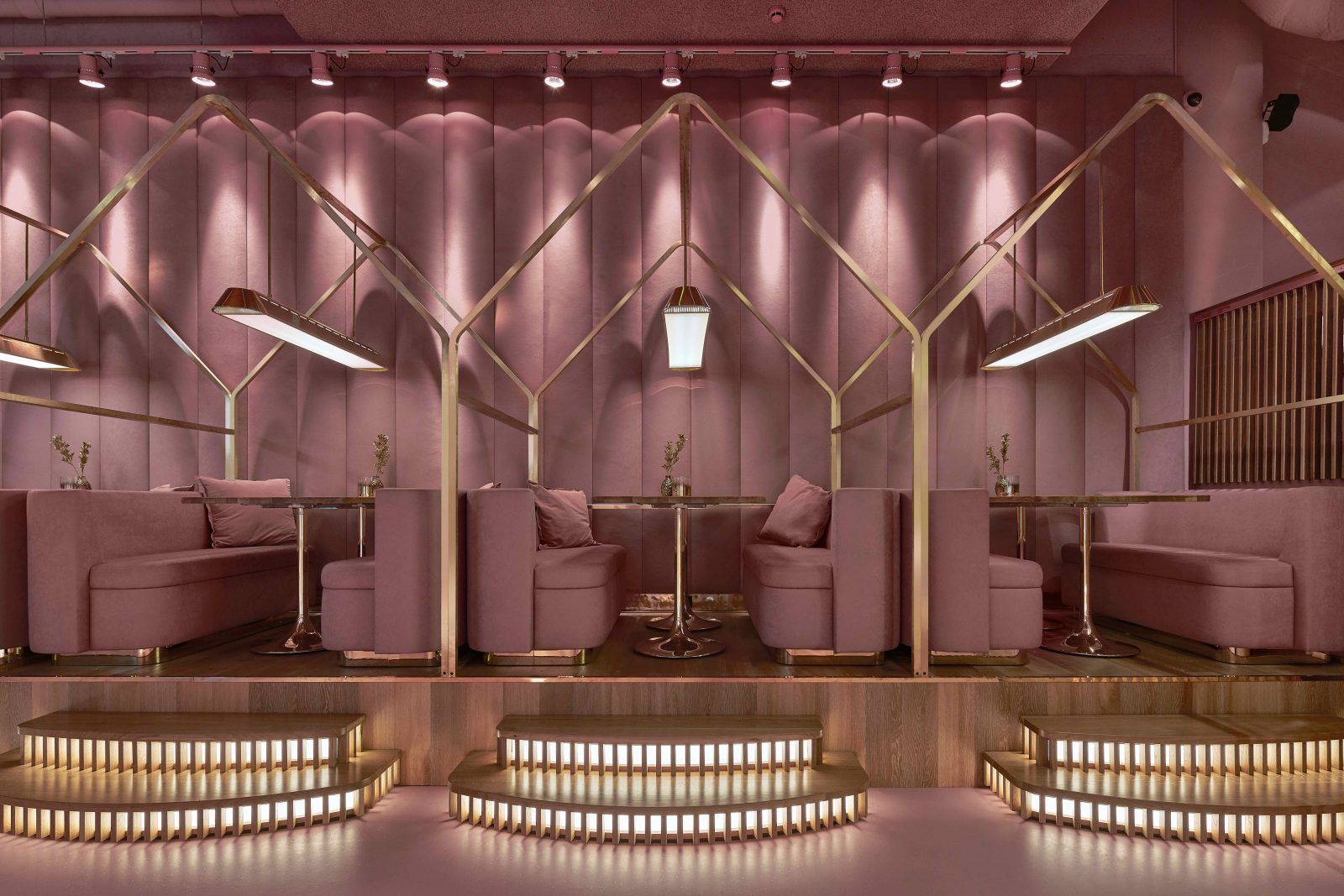 Just take a look at London’s Sketch Gallery restaurant, for example, who led the way with its bold revamp in 2014. 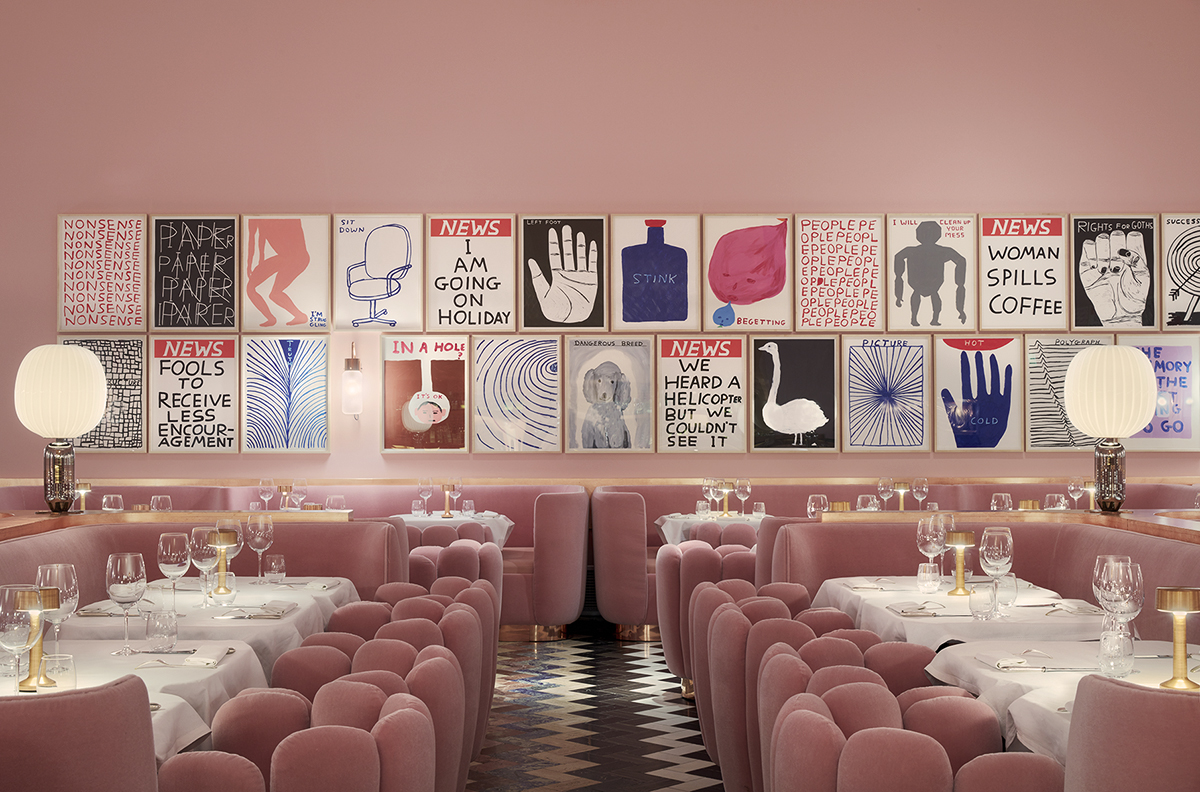 MaMa Kelly Amsterdam was apparently inspired by a tiny pink New York restaurant Rein and his wife and business partner Willemien once visited. 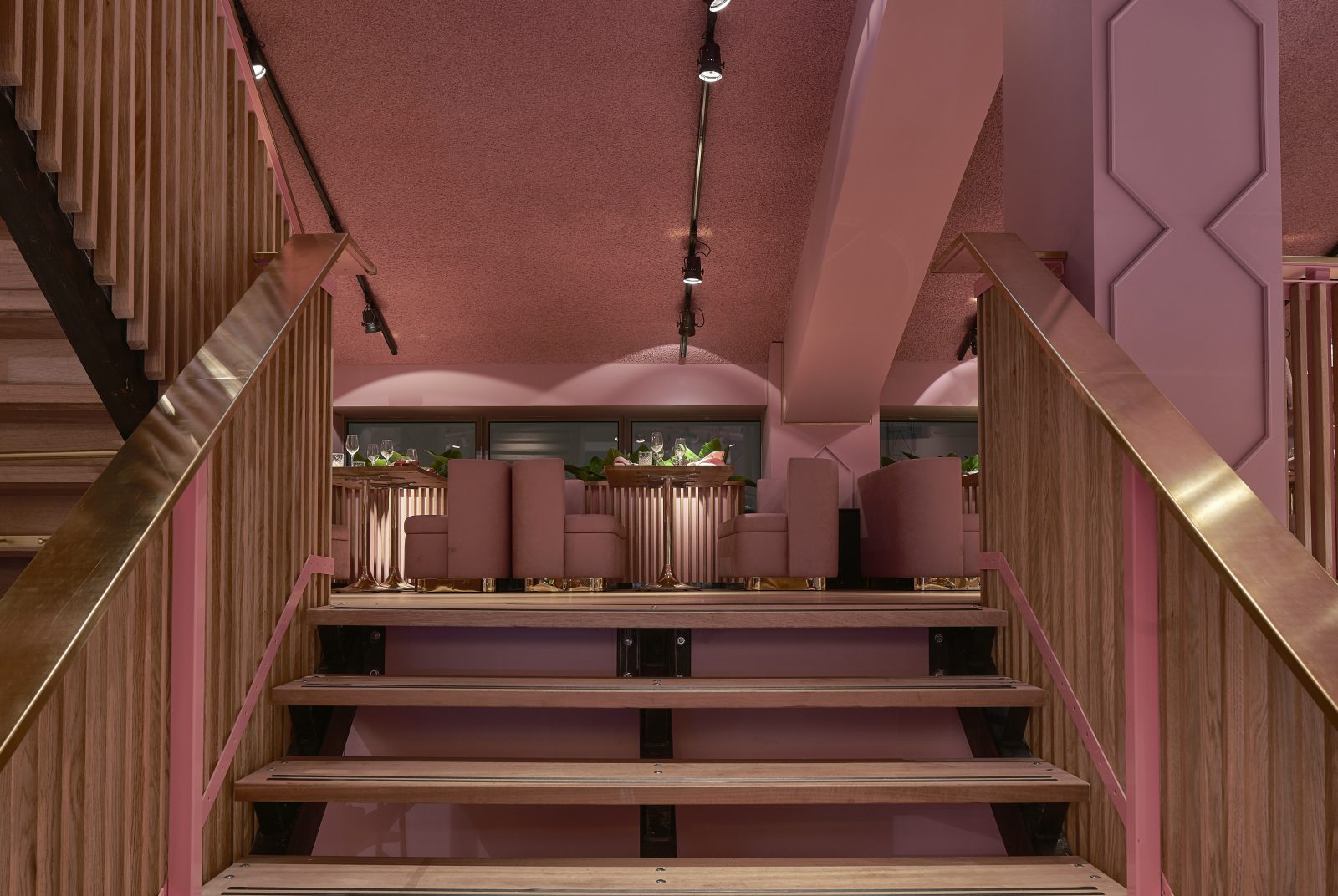 Apparently, pink is Willemien’s favourite colour, and as most restaurant decisions are made by women, the team decided to go for it, says MaMa Kelly. 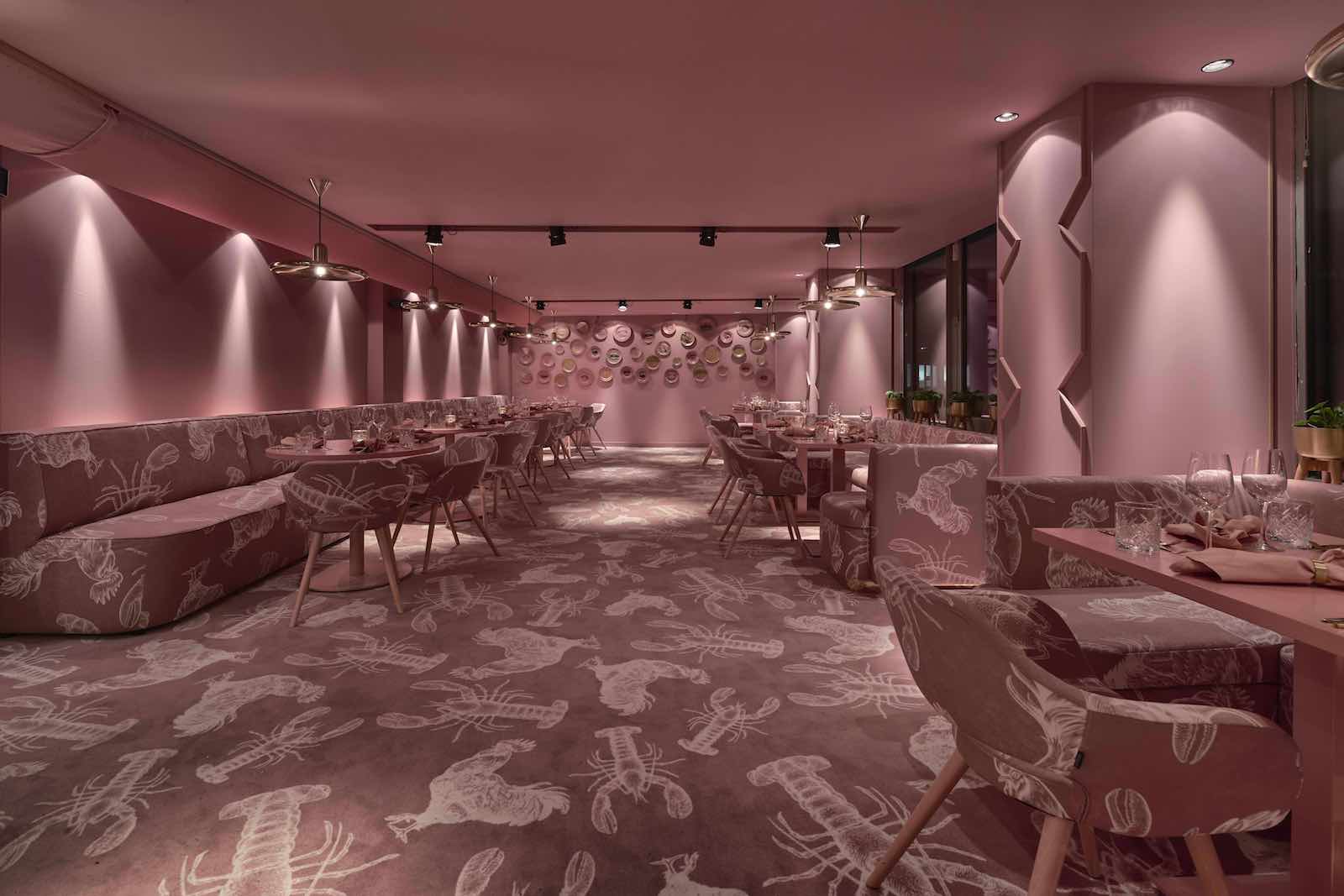 But when it comes to the cultural zeitgeist, why is this colour in particular so popular? According to an article on bustle.com: “It’s not surprising that a color associated with innocence and uncomplicated childhood has held a strong position in the public consciousness for so long.

“A report in 2015 found that there’s a direct tie between millennial fondness for the markers of childhood nostalgia (unicorns, milkshakes, cartoons), and their restricted access to the markers of “adulthood” (a lifelong job, owning property, pensions and life insurance).

“Millennials are increasingly redefining what it means to be a grown-up in a seriously troubled world. Sometimes, we all want to be soothed – and what better way to do that than looking at Instagrams of a mid-century modern pink velvet settee.” 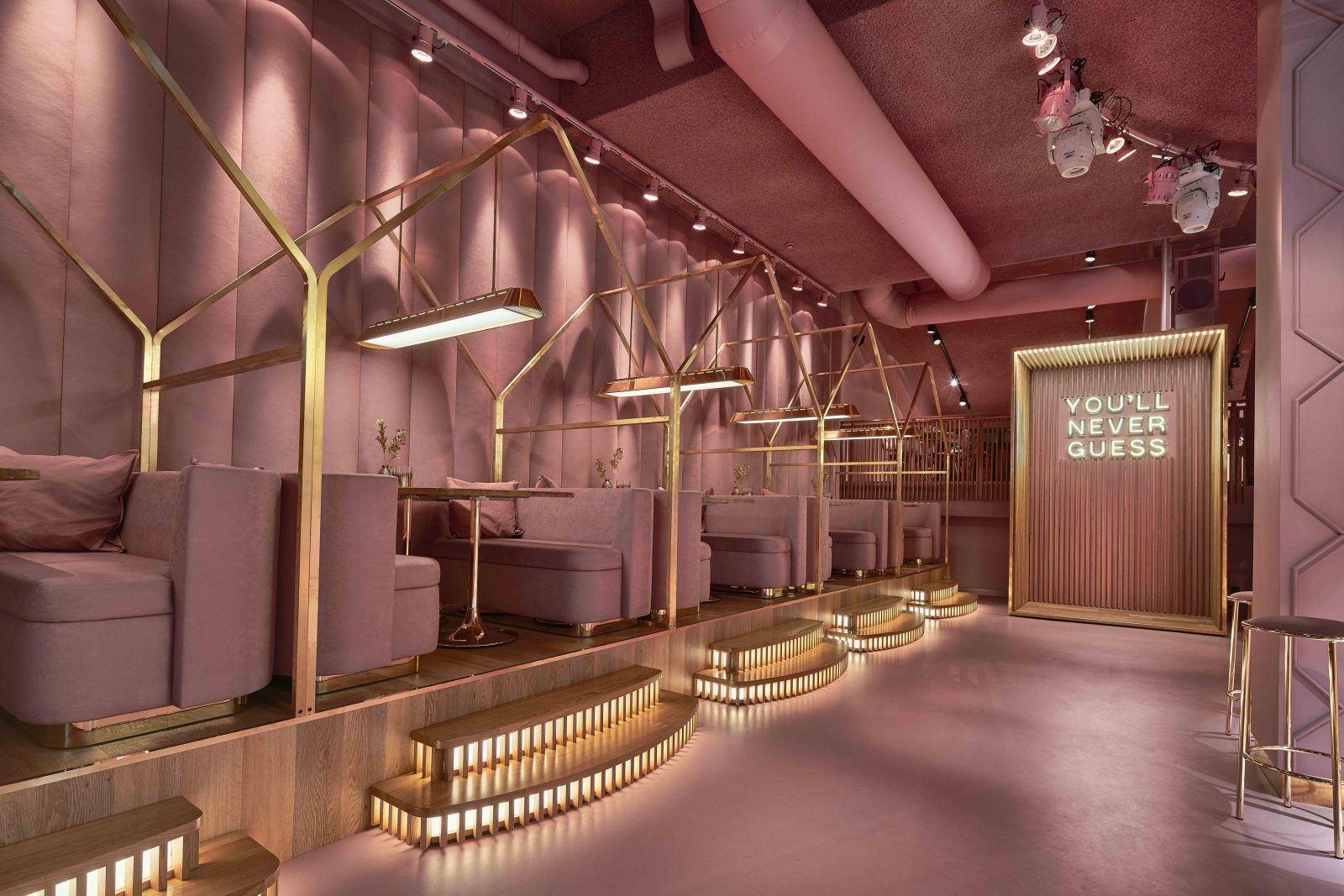 What about the food? The menu at MaMa Kelly is mainly comprised of chicken and lobster, although you can also choose from salads, sandwiches and pastas. 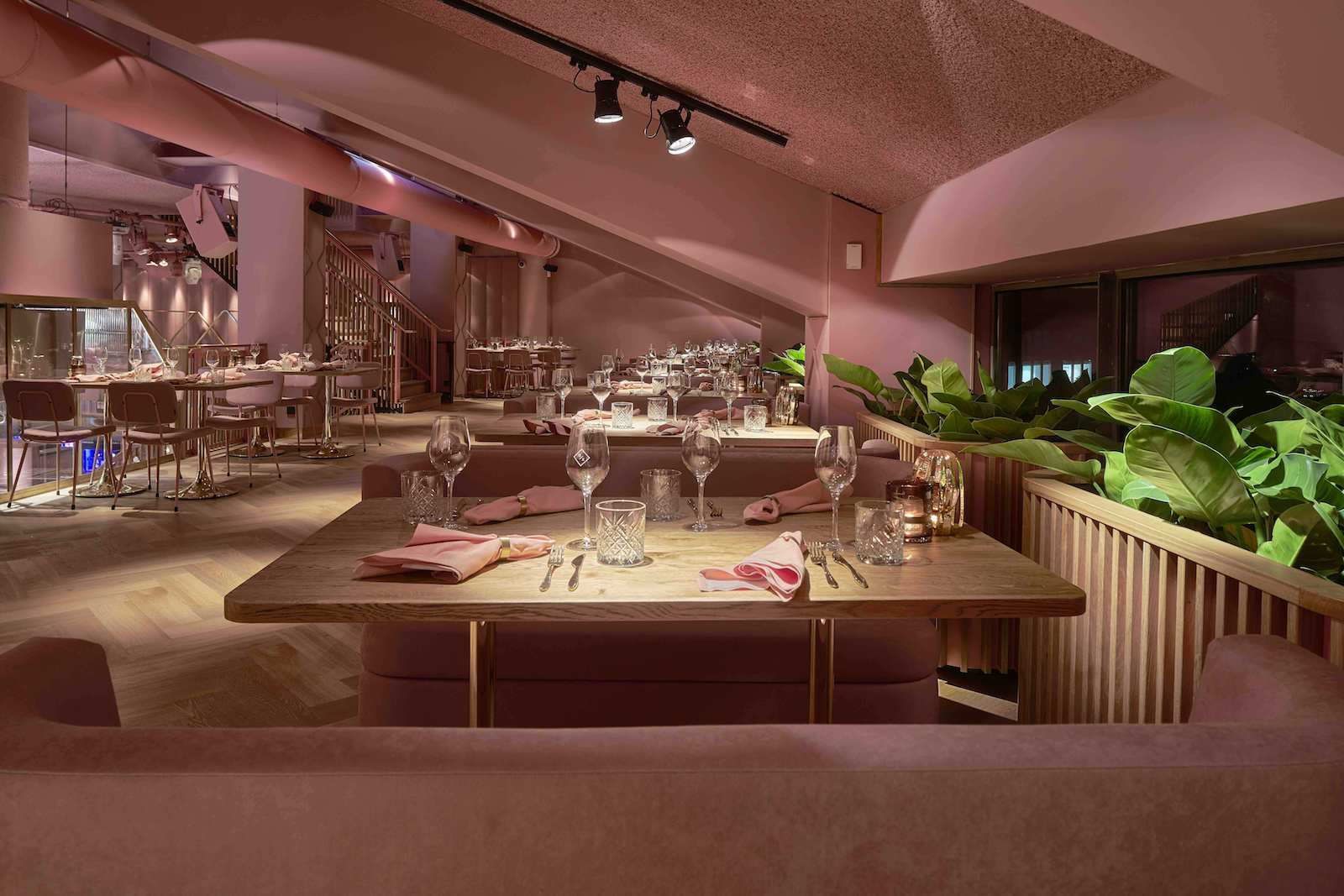 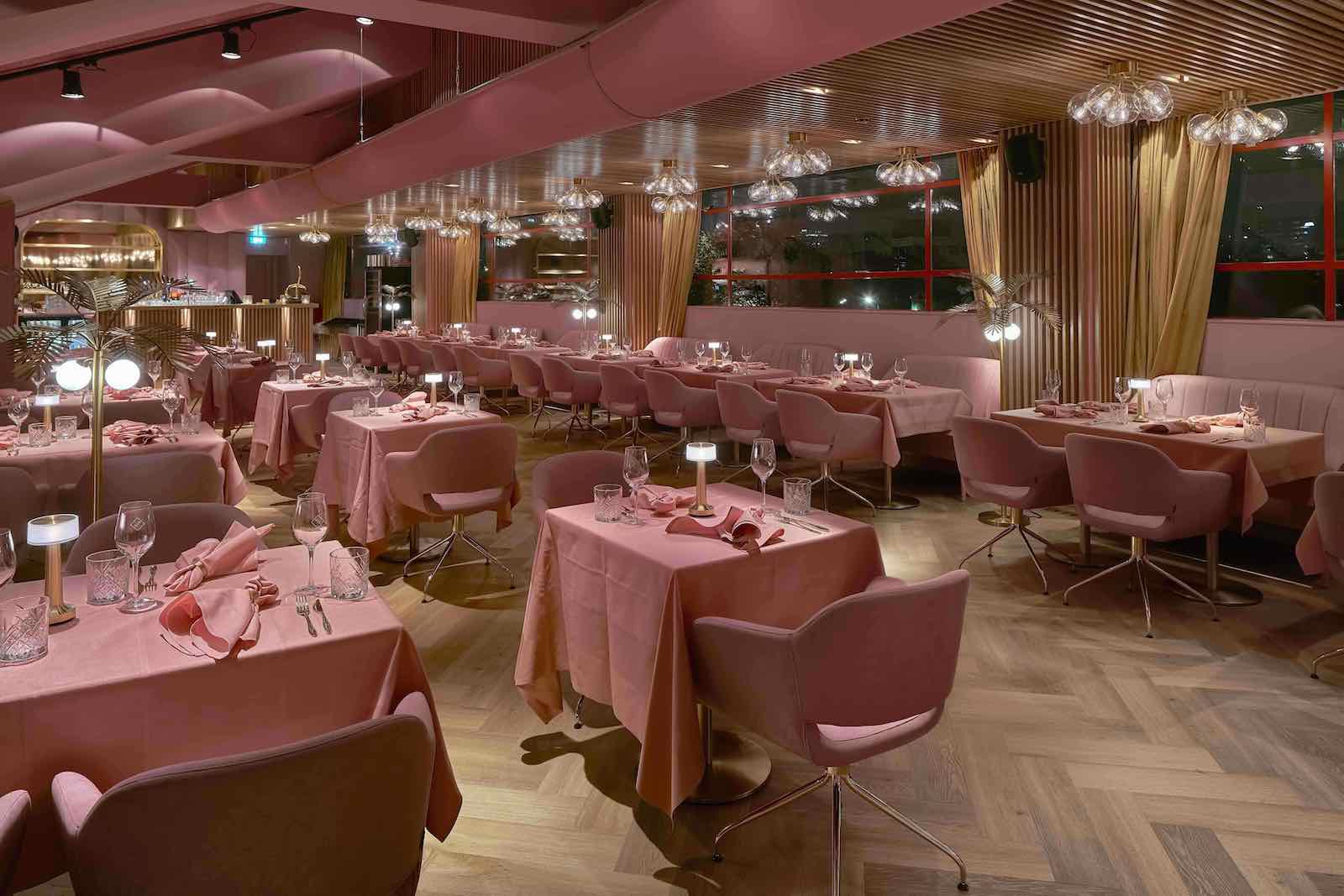 The 1,000 sqm venue can seat 230 people across four floors, and also has a fabulous sit-up bar (pictured at the top of this story) for cocktails.

What are the next interior design colour trends? According to The New York Times, they will be Gen Z Yellow, Safety Orange, Melodramatic Purple and Neo Mint.