From floating saunas to golden eggs, here are three futuristic Scandinavian spa experiences to try in Sweden and Finland, with a little help from Spa Whisperer.

Situated in the Finnish city of Helsinki, Löyly urban sauna is not only a beautiful architectural accomplishment, but a functional and social part of Finnish culture. 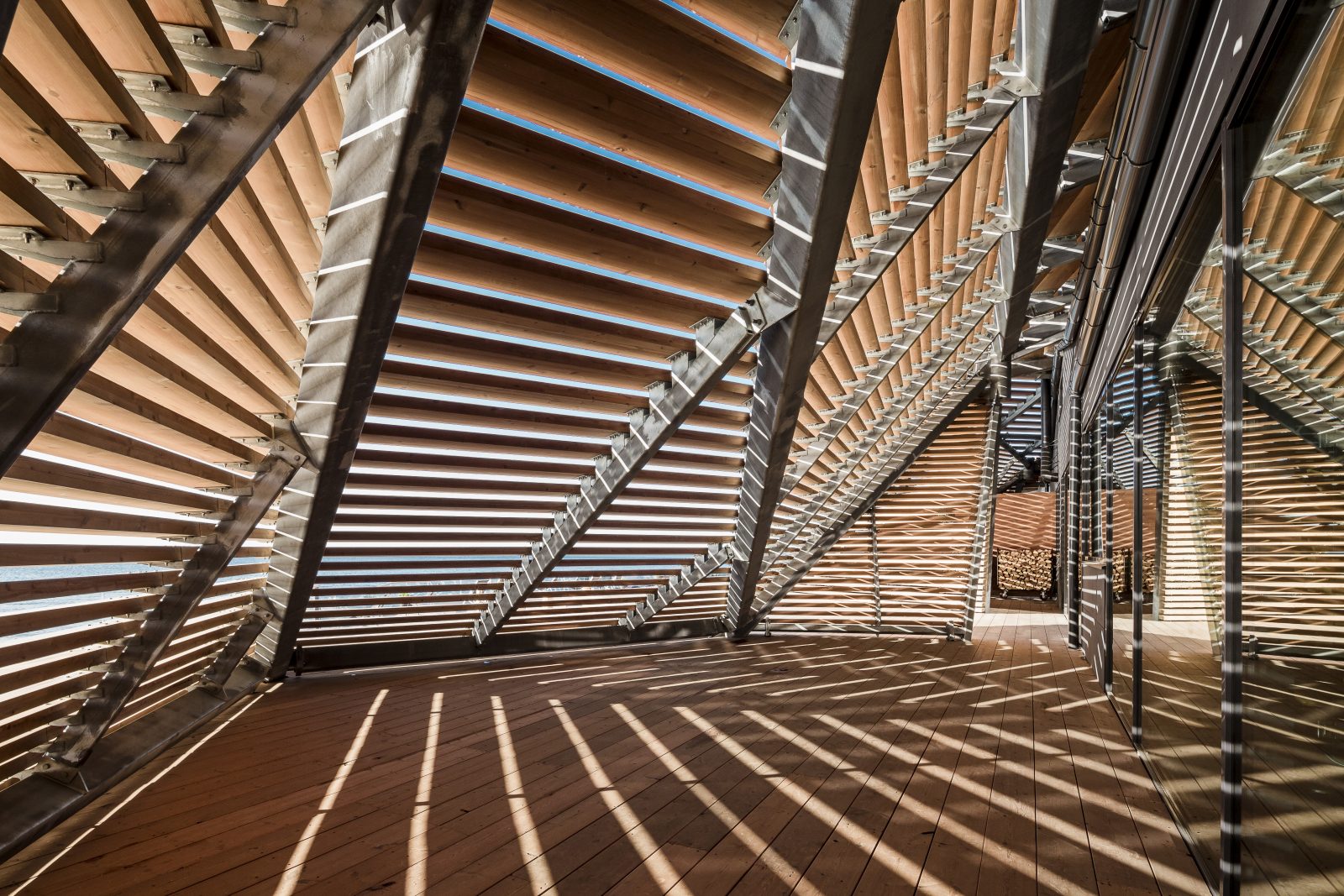 Because the majority of new living spaces are built with their own sauna, public saunas have decreased both in popularity and quantity over the years. However, Löyly, with its eye-catching design, organic eatery and idyllic location, may just change all that. 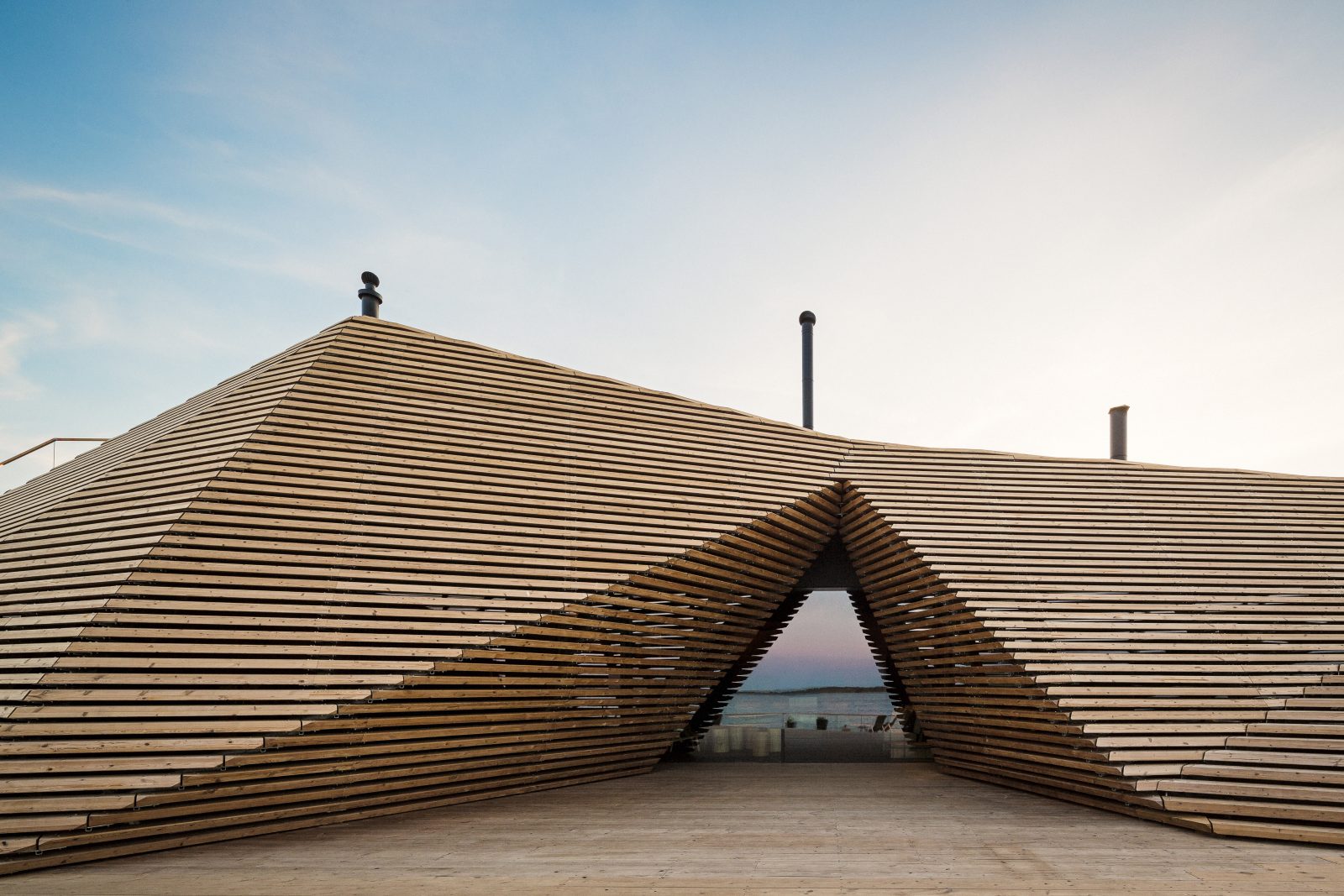 Löyly’s big, wooden terrace partly stretches out over the sea so you can hear the sound of gently breaking waves under foot. 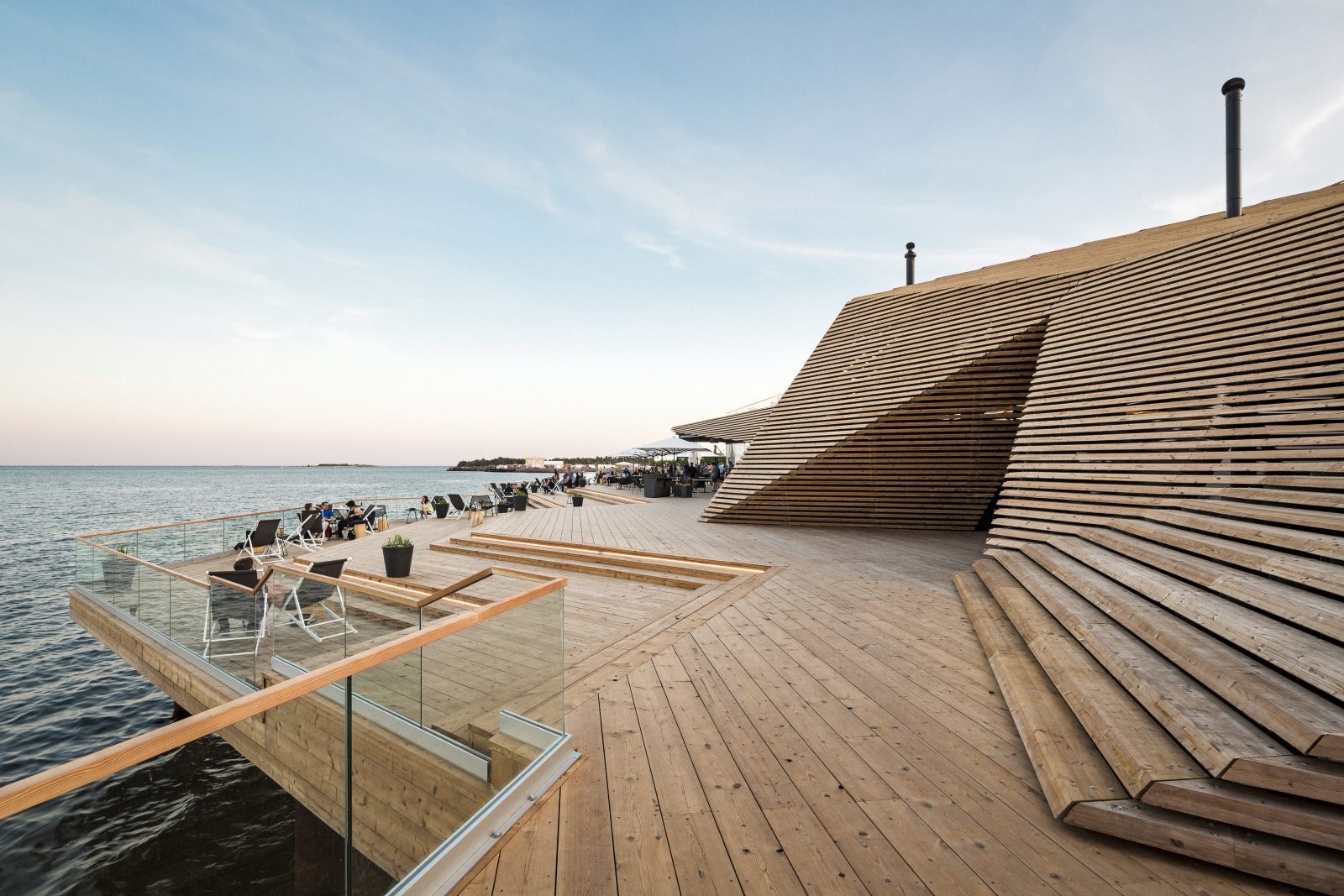 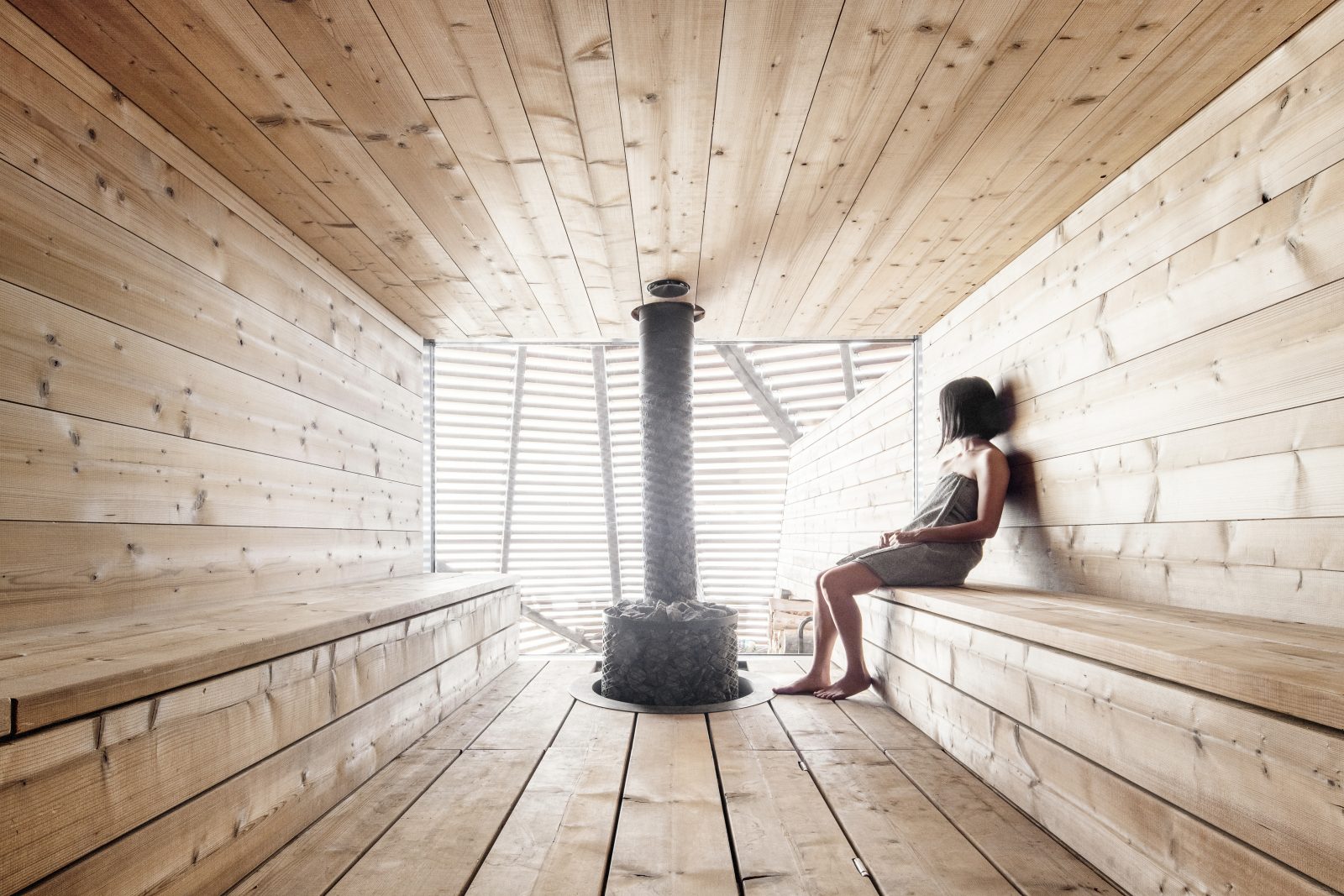 Most importantly, because electricity for Löyly’s sauna and restaurant is produced with water and wind power, it is one of the greenest saunas around. 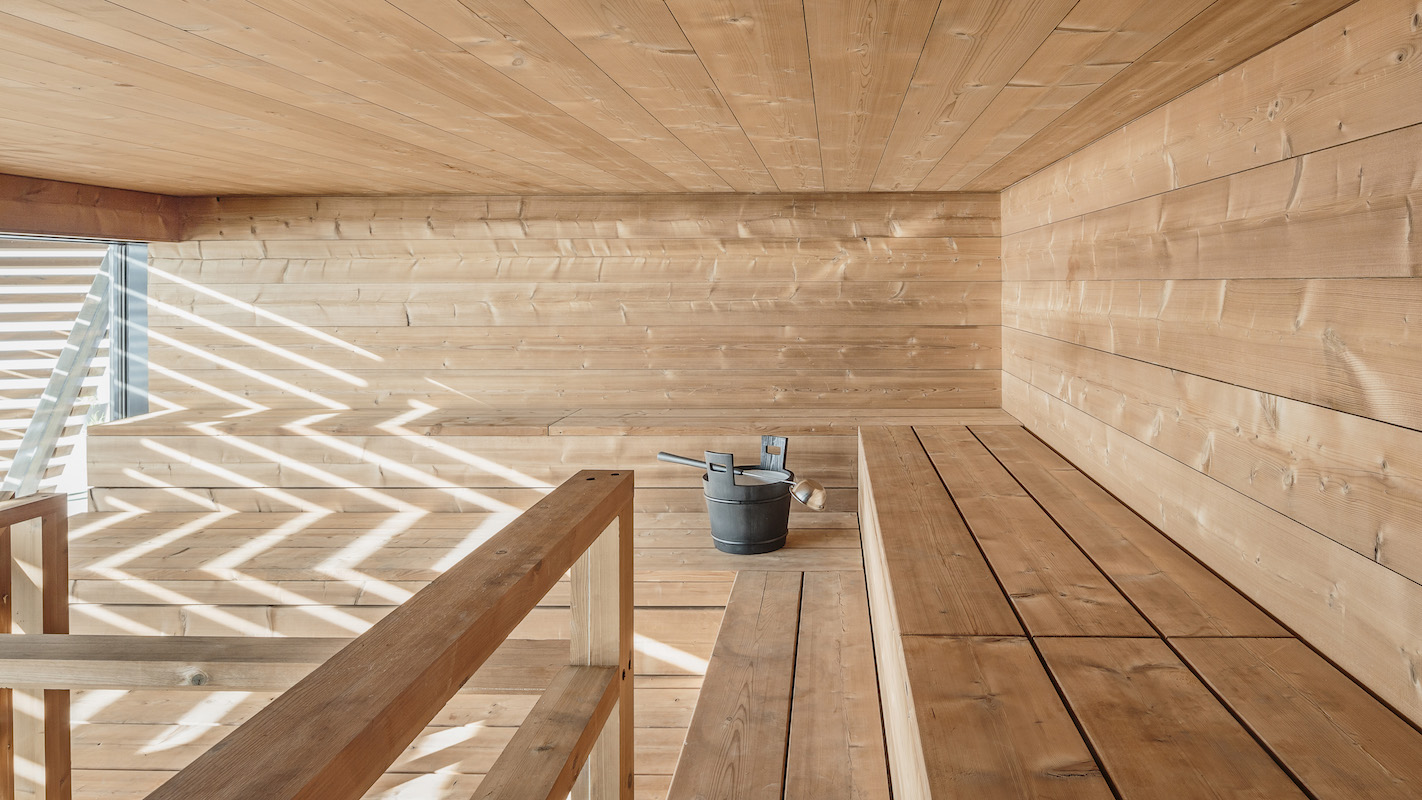 By Casey Gillespie, editor and founder of Spa Whisperer

Arctic Bath, Sweden: a floating spa on the Lule River

If you are the adventure-loving type, then add Sweden’s soon-to-be-launched Arctic Bath, a floating spa and hotel, to your bucket list. Dreamed up by the folks who created the spectacular Treehotel, it really is an otherworldly endeavour. 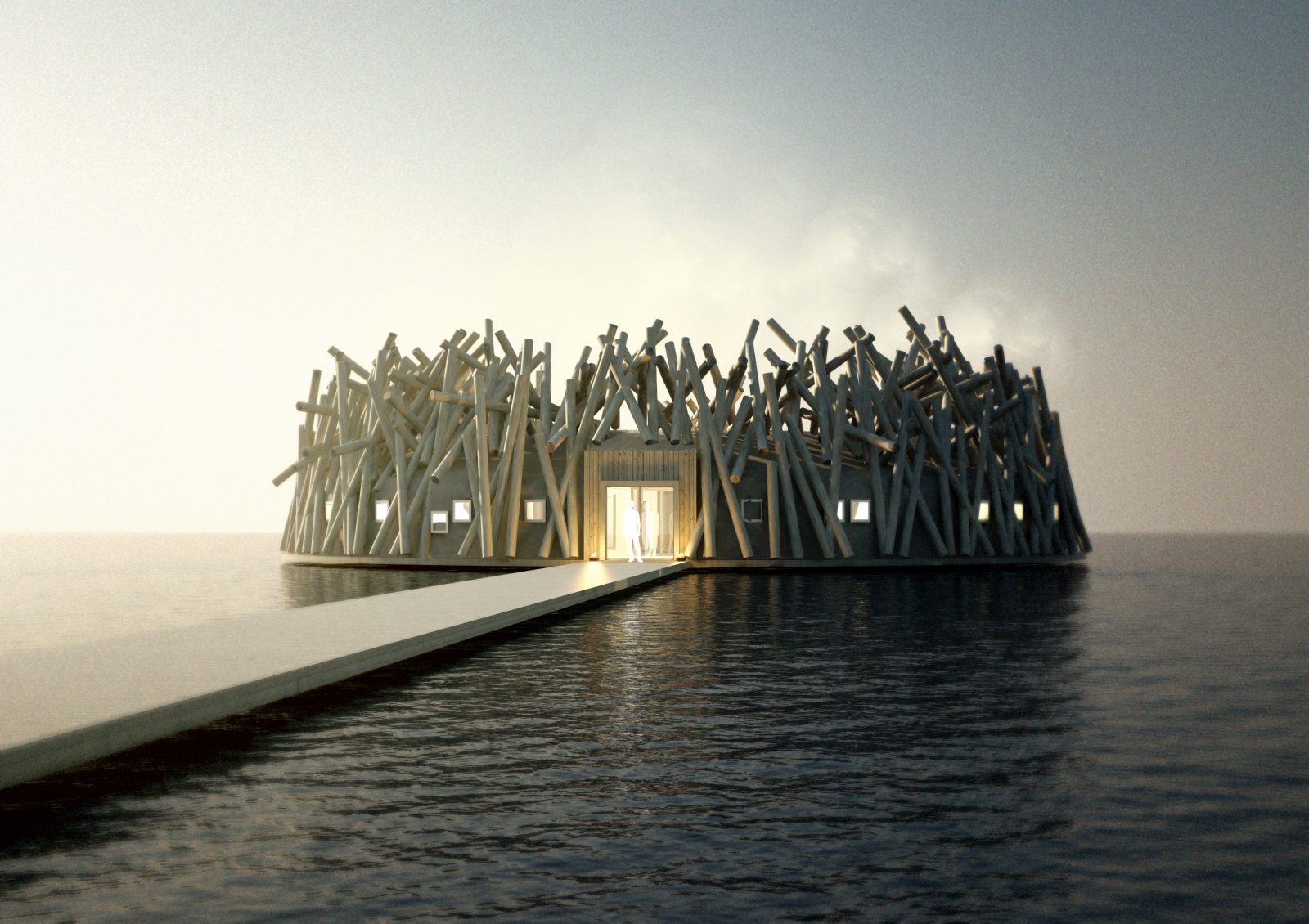 Set afloat on the Lule River, this one-of-a-kind experience offers overnight accommodations in one of the six floating hotel rooms and, best of all, front row seats for the Northern Lights. 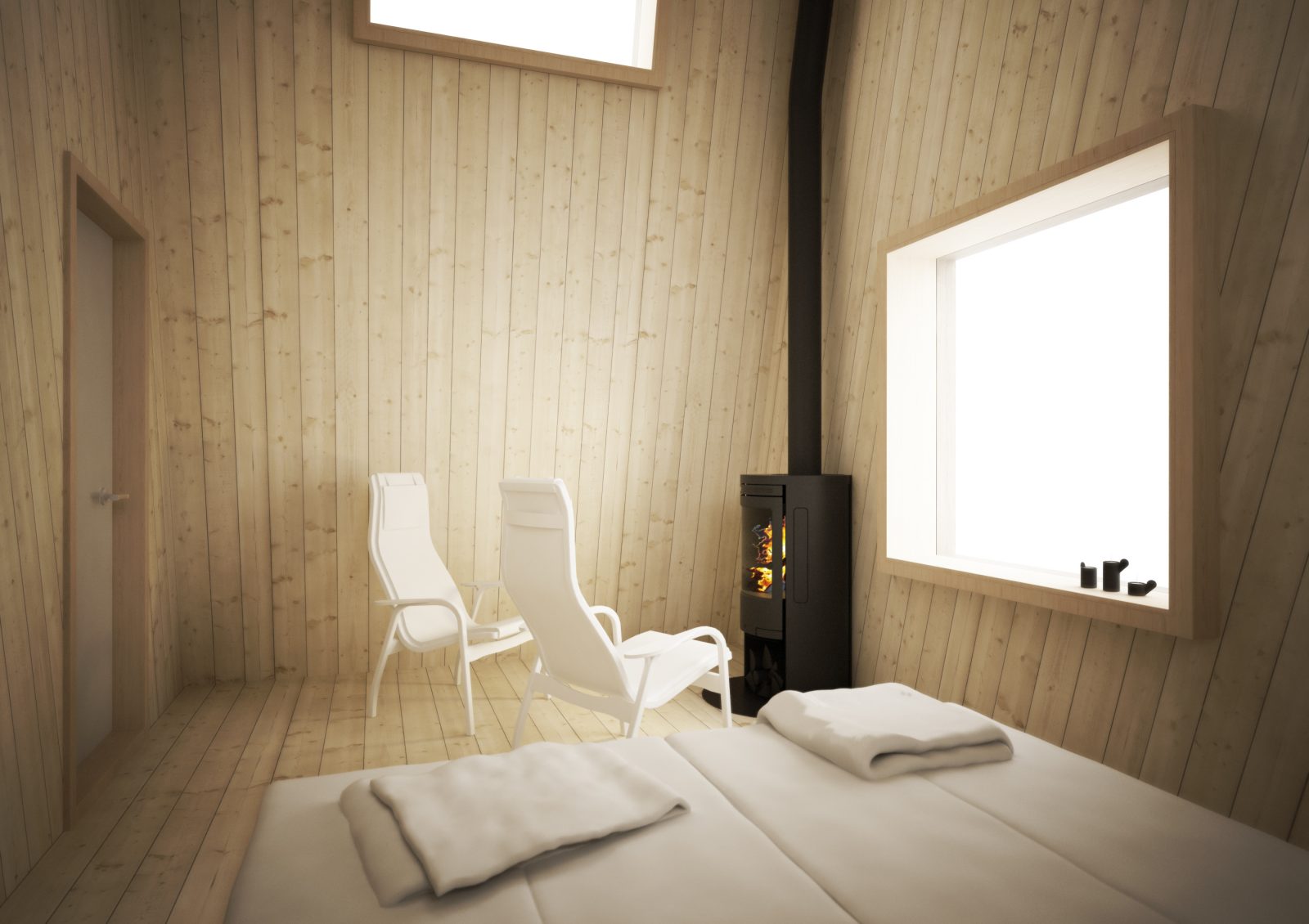 In the winter when the river freezes, it envelopes the Arctic Bath, truly making it one of the most unique spa experiences in the world. 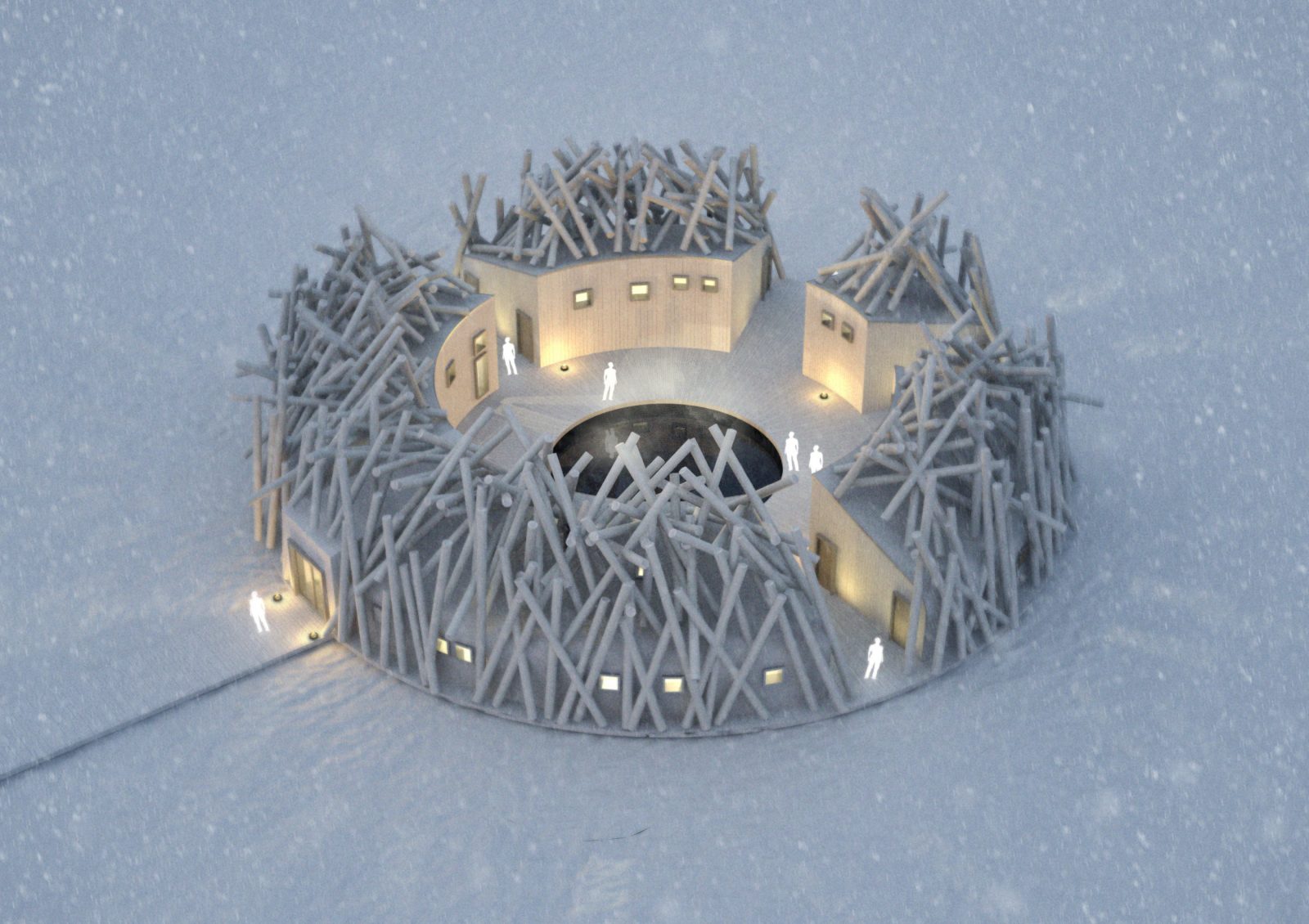 The structure houses one spa treatment room, four saunas, an outside cold bath, a hot bath, showers (inside and out) and changing rooms.

The center of the bath is open air and allows for sunbathing, ice bathing or stargazing from the plunge pool. 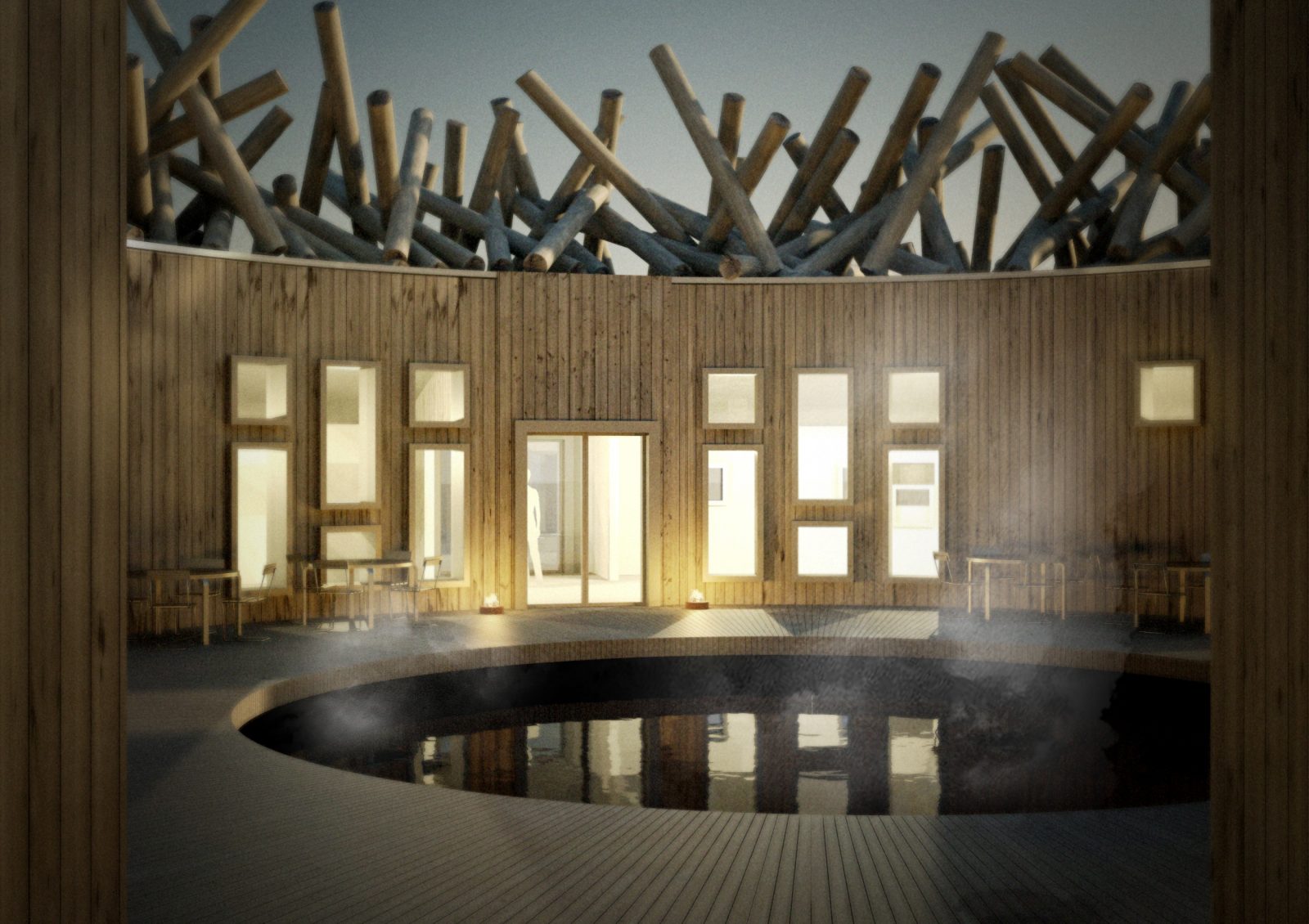 It is set to open early this year and can be booked directly through Off the Map Travel. They accept reservations up to six months in advance, and no doubt the queue has already formed.

By Casey Gillespie, editor and founder of Spa Whisperer

Last year, two artists, Bigert and Bergström, were commissioned to build this golden, egg-shaped sauna in Kiruna, Sweden’s northernmost town. The reason was less to attract tourists, more to draw attention to the impact of mining in the area. The entire town of Kiruna is being moved two miles east to allow for mining company LKAB to extract more iron from underneath its foundations. 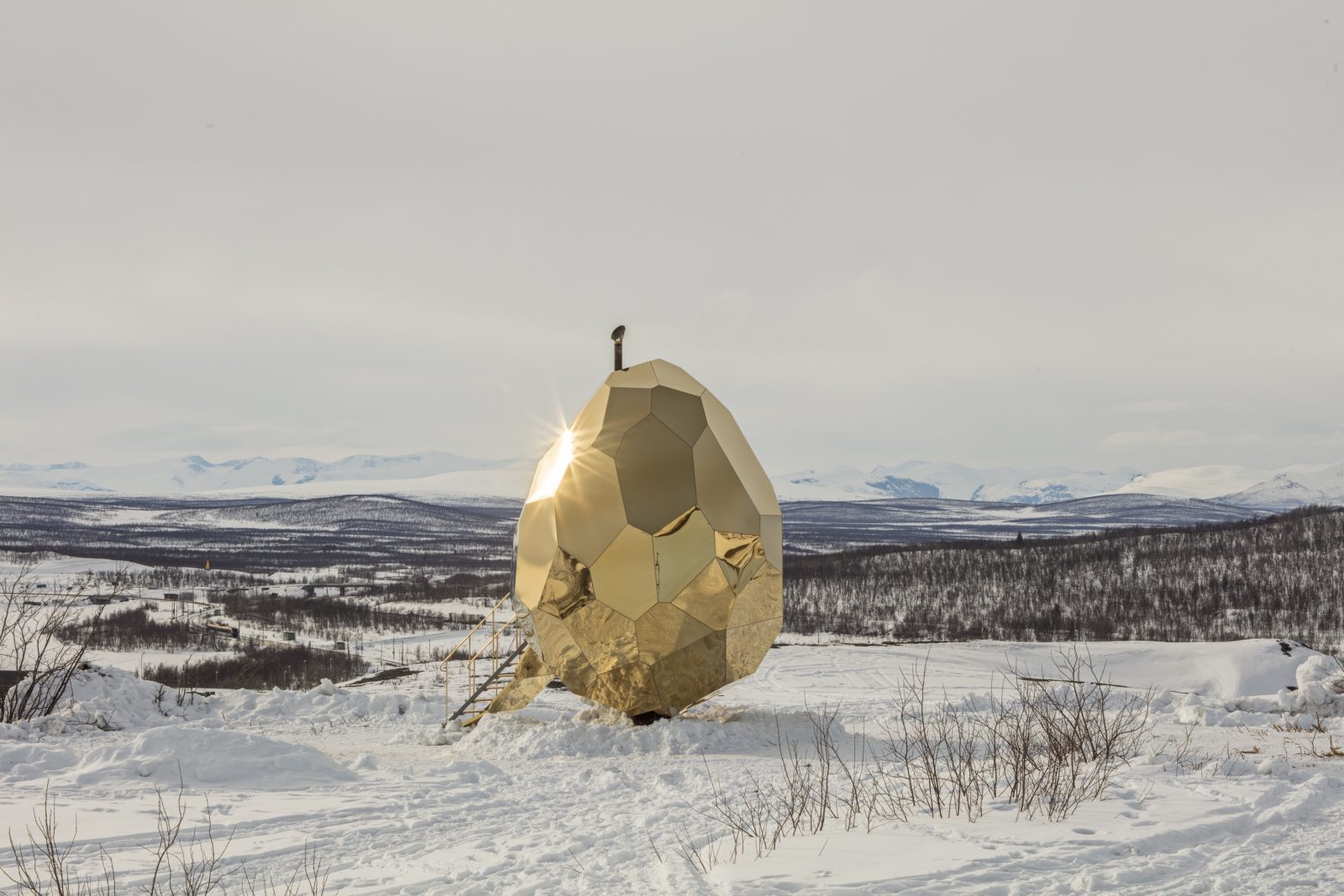 The egg is made out of stainless golden mirror sheeting that reflects its snowy surroundings.

Mathias Sandberg, Riksbyggen sales and marketing director, says: “As an urban developer, Riksbyggen takes an innovative approach to sustainability and long-term relations with local residents. We want the Solar Egg to be an artistic attraction for everyone and a conversation catalyst.” 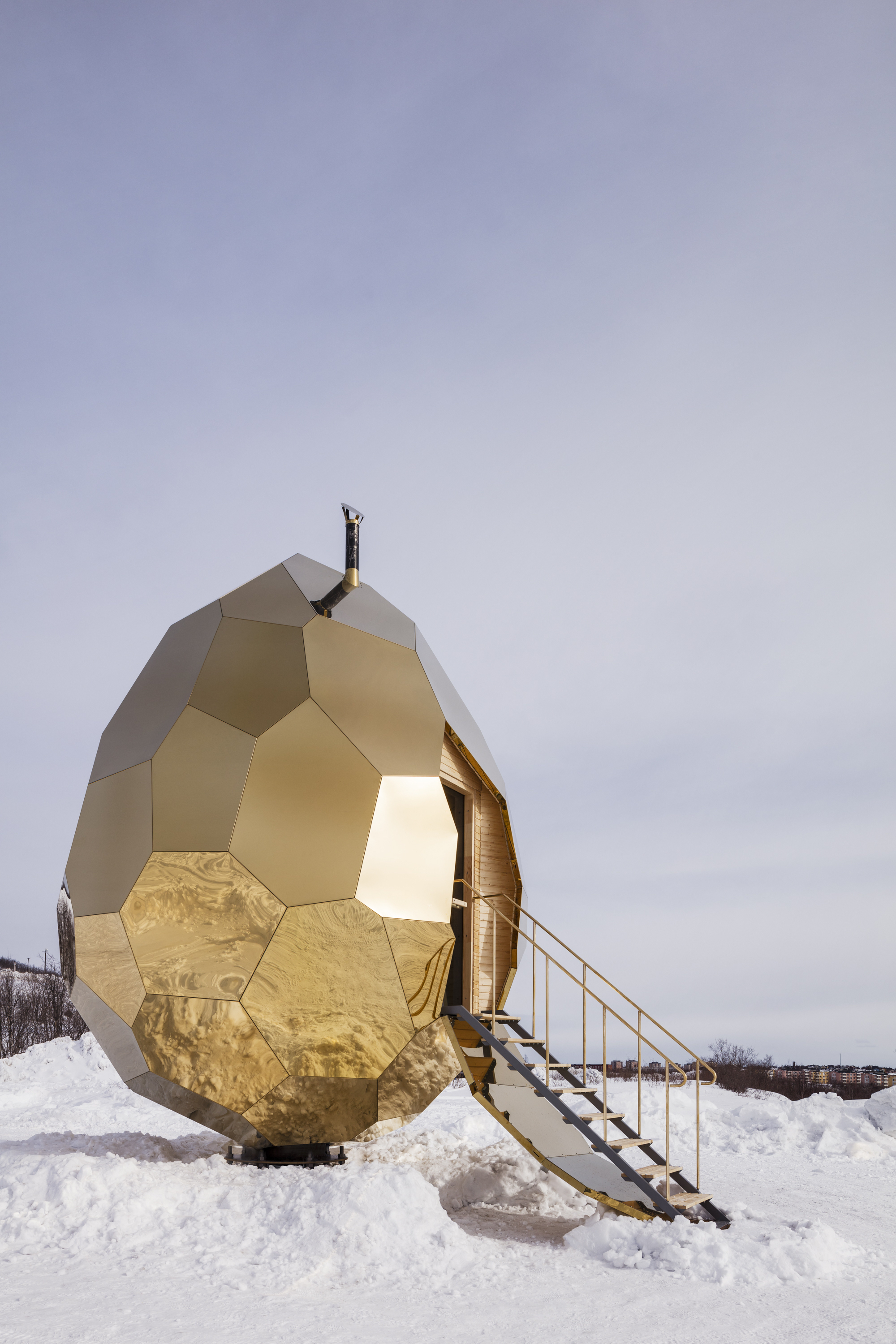 The interior has been crafted from wood, with wall panels and decking made out of pine and the bench of aspen. In the middle of the egg stands a wood-heated sauna stove made out of iron and stone. The temperature inside the egg varies between 75 degrees and 85 degrees Celsius. 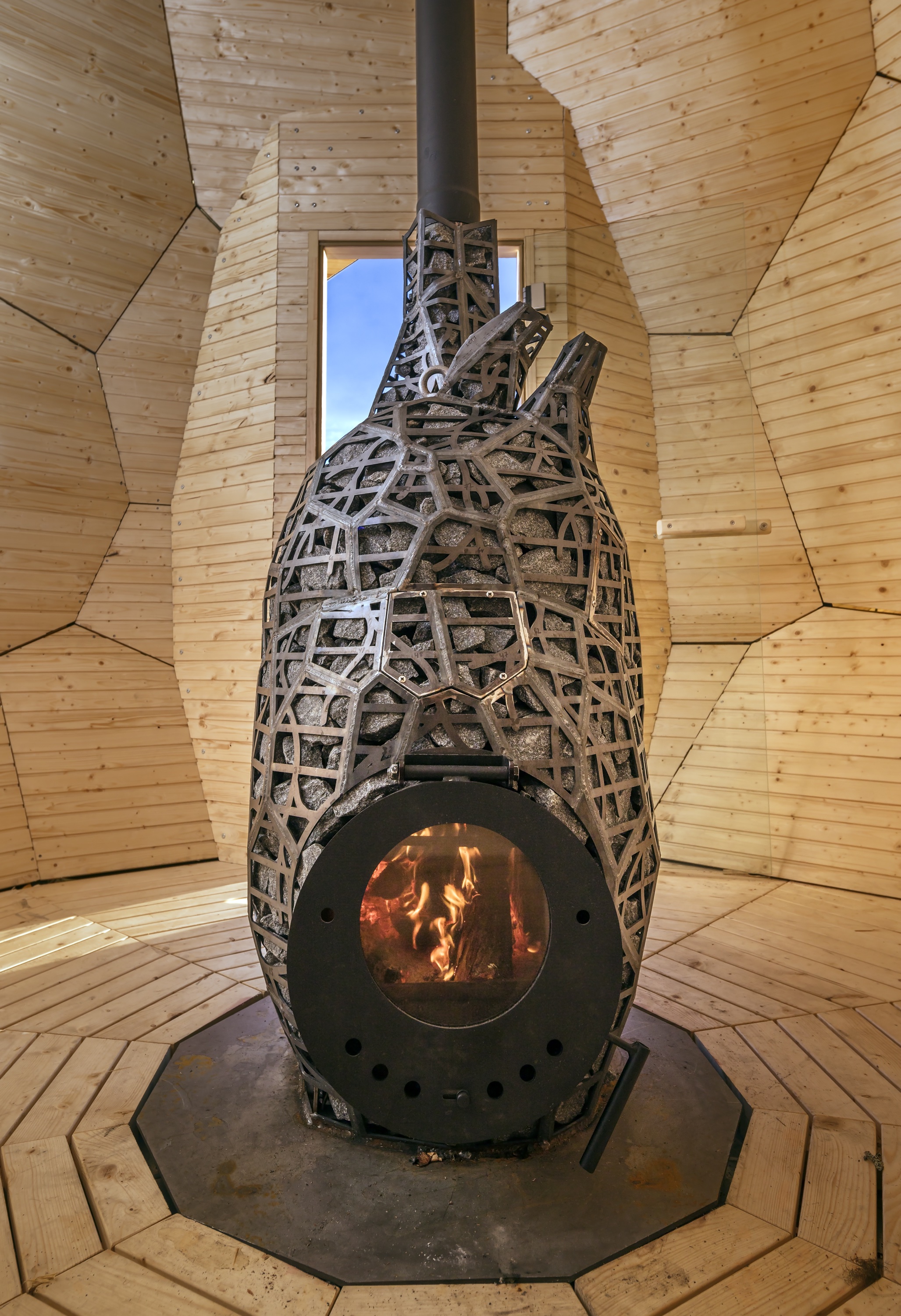 Bigert and Bergström said: “Saunas are places that fascinate. When Riksbyggen asked us to interpret Kiruna, we felt it was natural to explore a space that unites and encourages conversation. Saunas are sacrosanct places where you can discuss all manner of things – from the big to the small.” 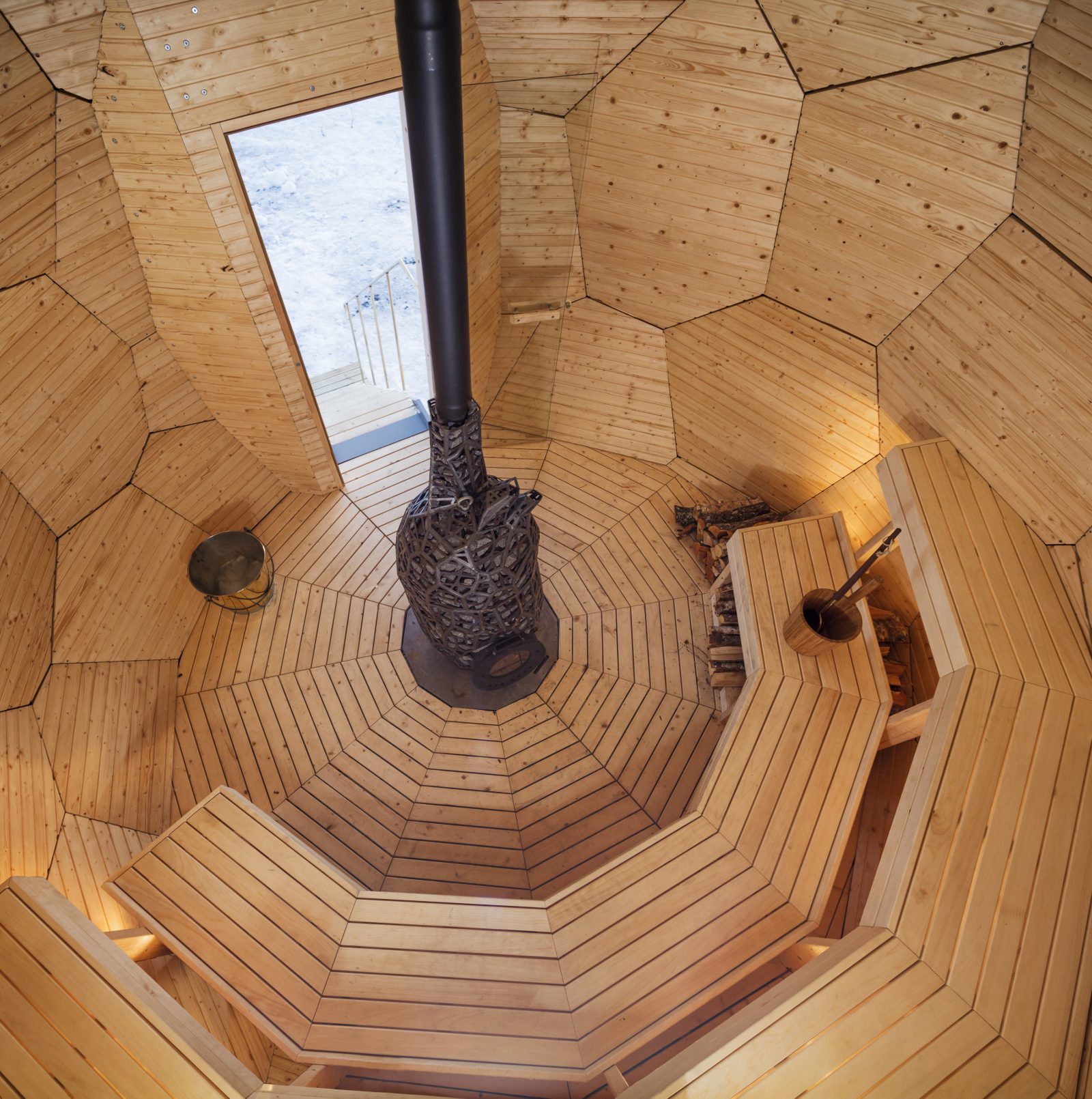 Members of the public can book the sauna online at riksbyggen.se/solaregg. Riksbyggen will provide changing facilities, towels and other services in co-operation with Camp Ripan. 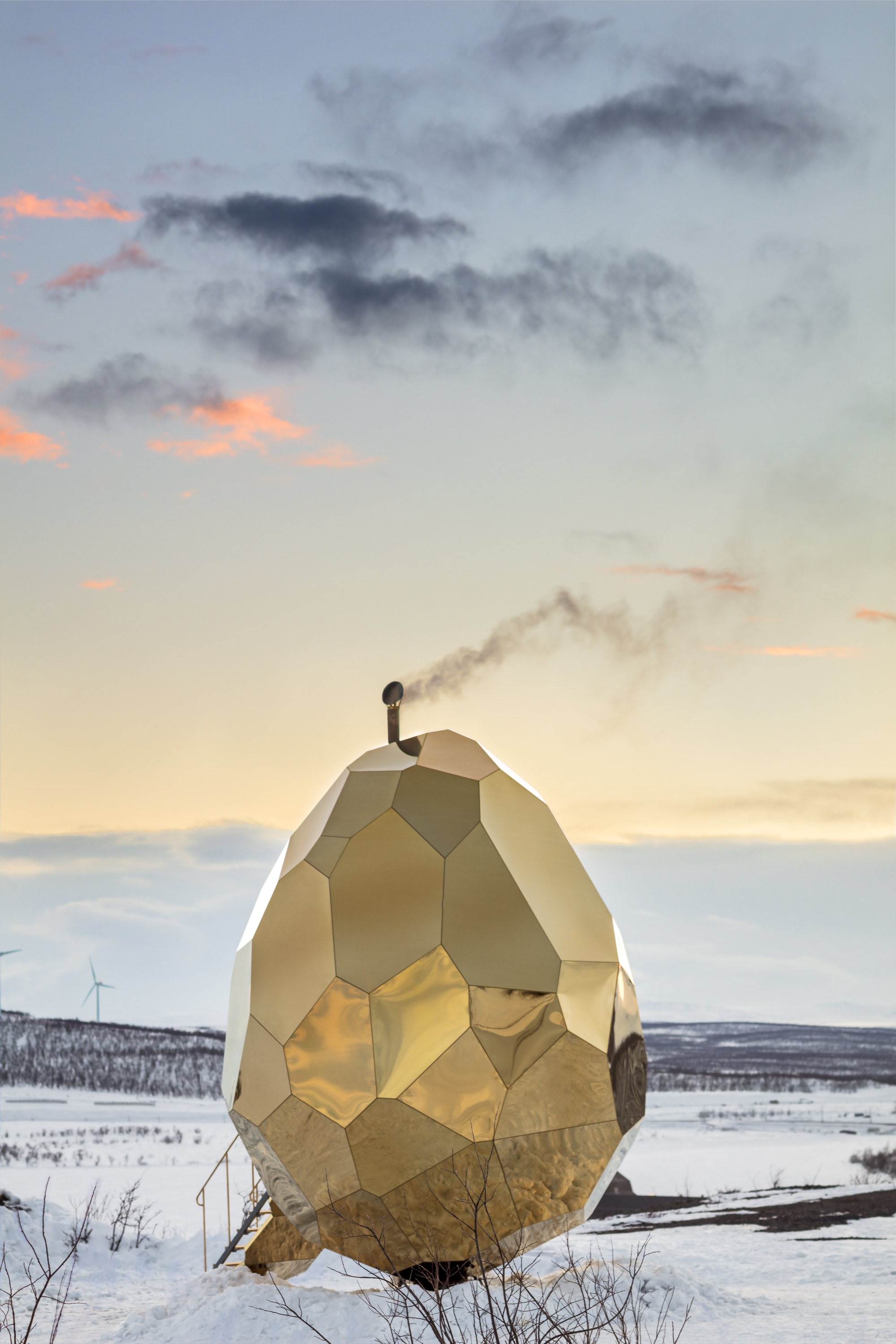 Sandberg says: “The Solar Egg captures Kiruna’s fantastic spirit and its sauna traditions. It symbolises the sun as catalyst for creativity, care, hope and togetherness.” 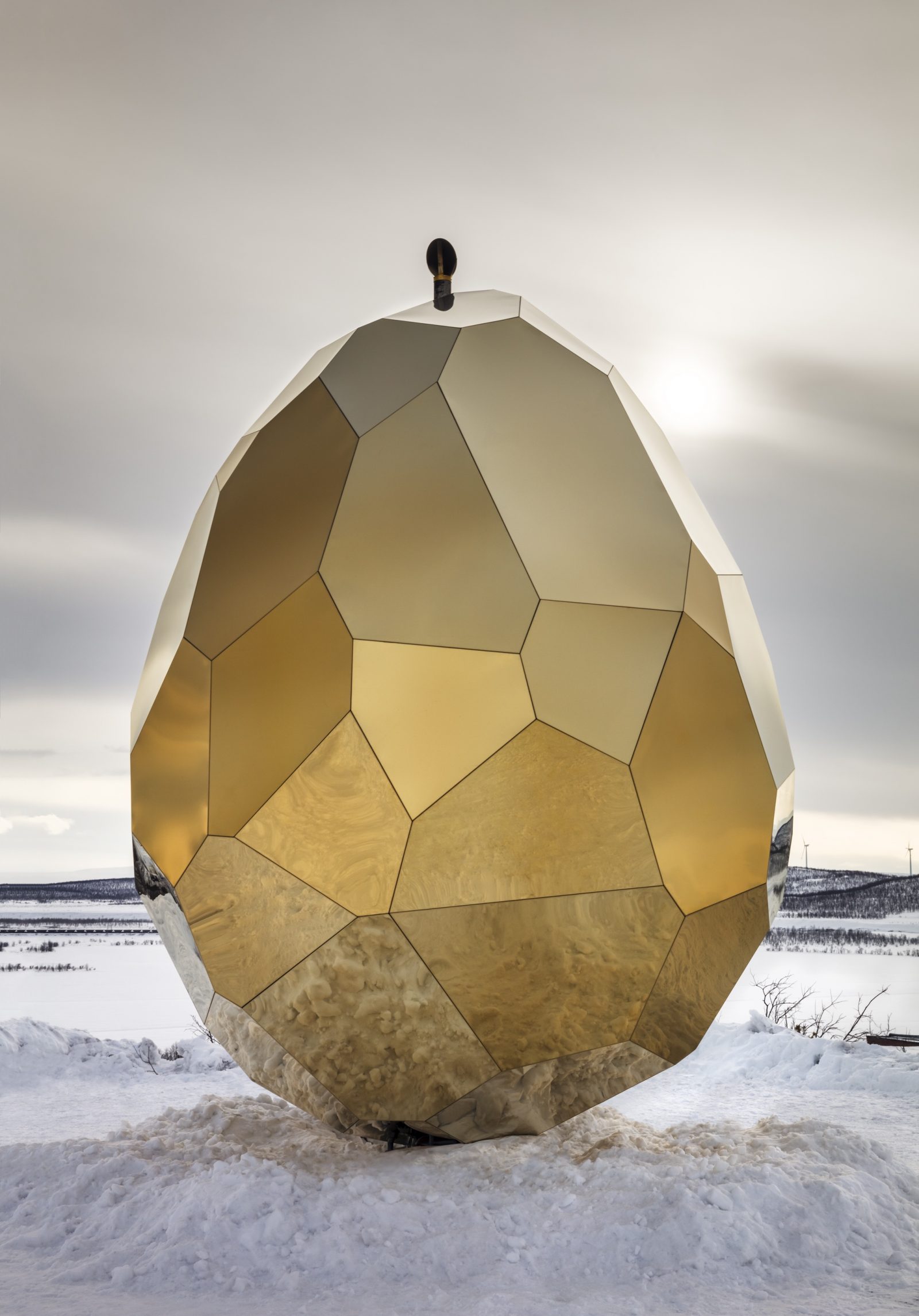 A statement reads: “Solar Egg has been made as a social sculpture where local people and visitors to the town can meet and, for instance, discuss these challenges. In the arctic climate of Lapland the sauna occupies a key position, as a room for warmth and reflection.”