Rock climbing: the next big trend in fitness travel 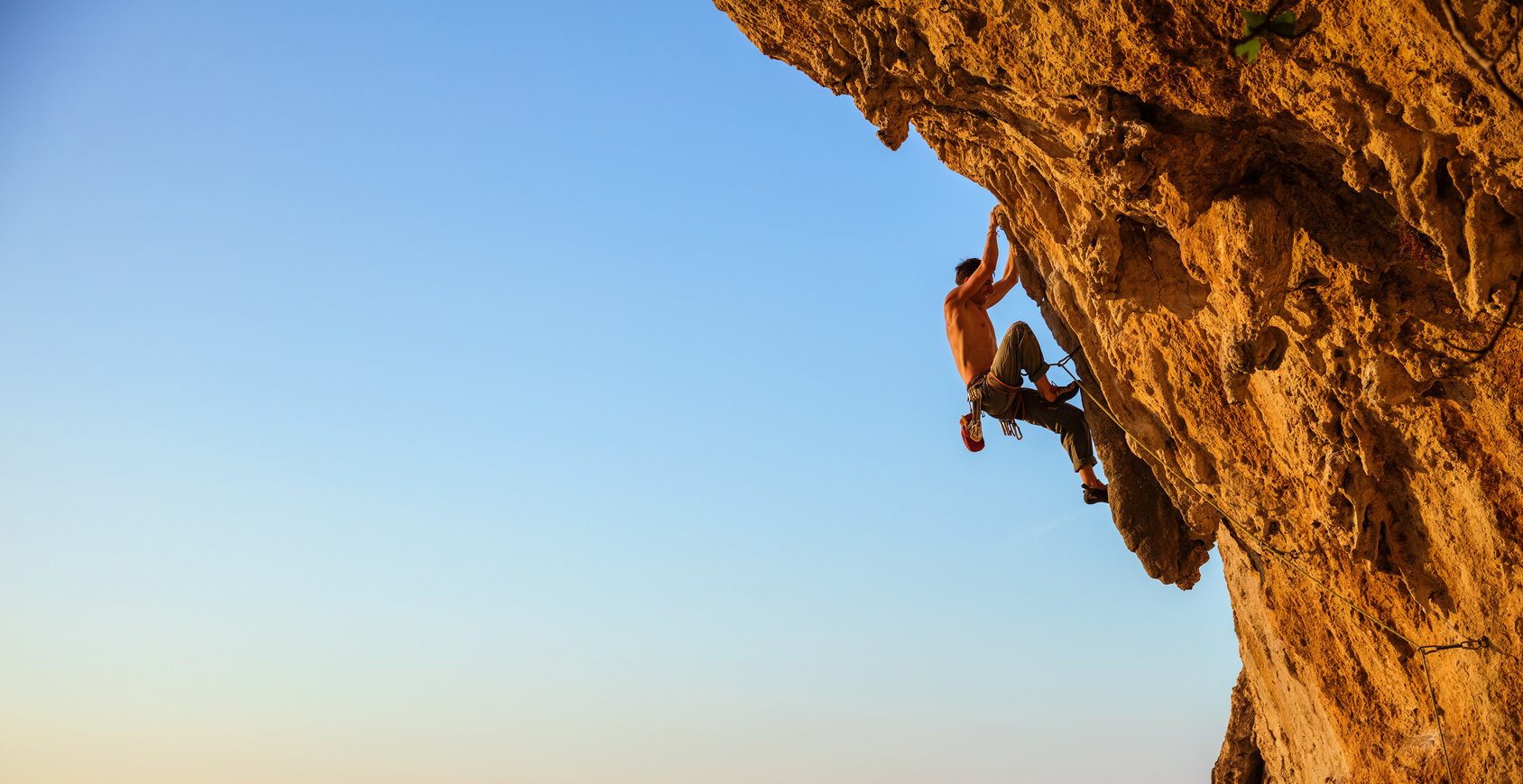 Following its inclusion in the 2020 Olympics, climbing is set to reach a much wider audience. The early signs of an explosive global trend are already developing, with travel companies poised to benefit. Regular climber, Ben Brown, explains.

I’ve never felt my hands shake with fear before. Not until I clicked my harness into place and looked up at the “Big Wall” in front of me.

“Not really,” I laugh nervously. I’m out of my comfort zone. I’ve been climbing for years, but not like this. My usual environment is the climbing gym or boulder fields of North Yorkshire, where the climbs are short, powerful and gymnastic. Rarely more than five meters off the ground.

Now I’m staring at 150 meters of solid, vertical rock in the Swiss Alps.

The conditions, however, are perfect. We’ve waited two days for just the right combination of cold and dry. “You don’t want sweaty fingers on this one,” my guide reminds me.

He leads, and as I climb, the nerves disappear. The familiar flow of climbing returns and I remember why I love it. It’s a controlled, flowing movement (“like yoga on a wall,” one of my climbing partners used to say) rather than a burly, brutish slug. I fall into a zen-like rhythm.

Half way up, there’s a ledge and we perch ourselves for lunch. Legs dangling over the edge of the world, I finally take a moment to enjoy the view.

A stunning blue reservoir stretches out in front of me, flanked by the Swiss mountains and one of Europe’s largest dams. Beautifully quiet. It’s a moment that only a handful of people get to experience.

This is why we climb. 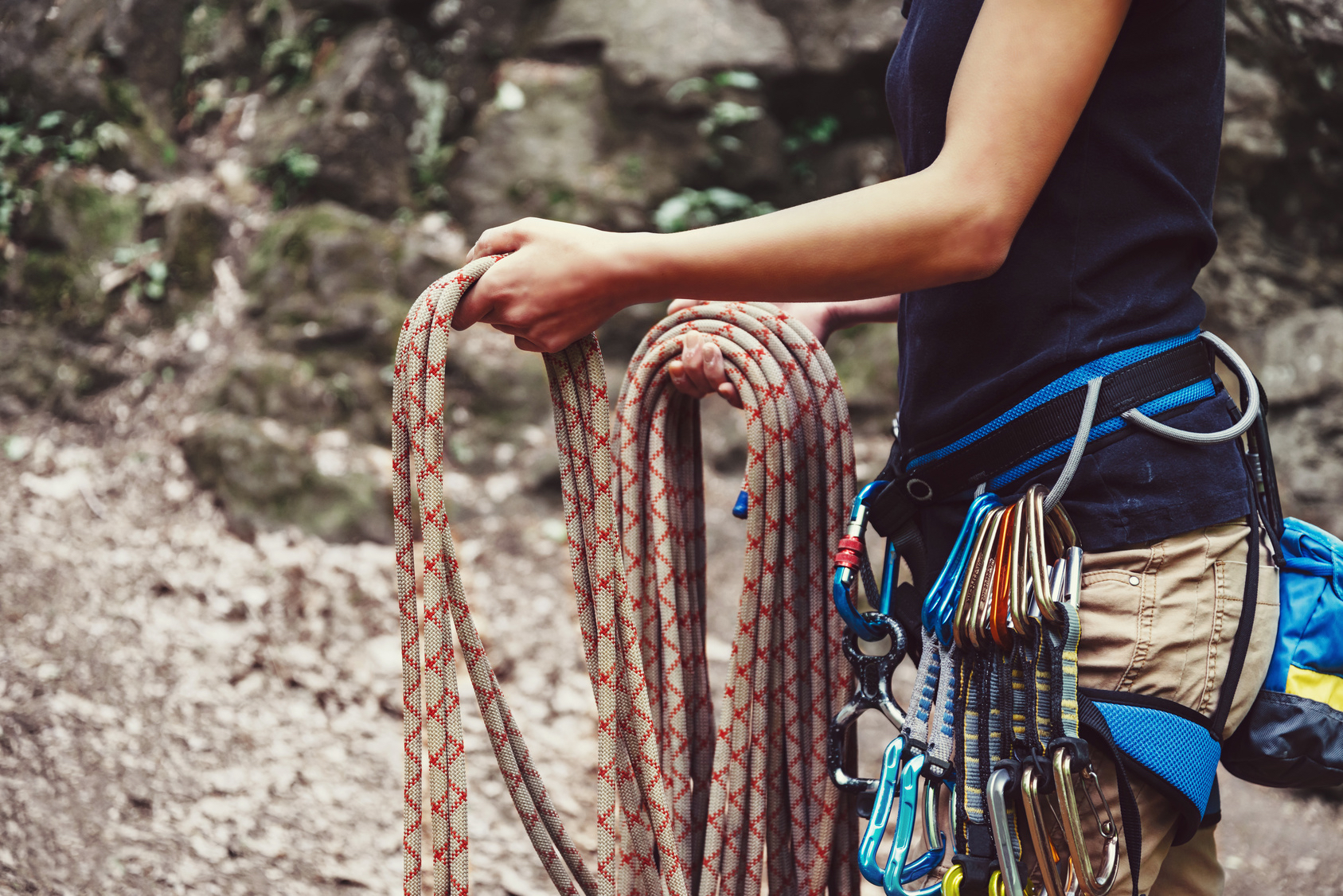 Climbing is traditionally seen as a niche sport, practised by daredevils in Yosemite or the Alps. But back home at my local climbing gym, this stereotype is changing, and you can see it happening in real time.

There are groups of children, as young as five or six, at the wall every day. There are folks in their 60s moving like spiders across the wall. There are students, families, and professional Team GB climbers all in the same room.

In a palpable sign of growth, the gym itself has recently doubled in size to cater to the demand.

In terms of numbers, it’s hard to quantify the overall increase of climbers. But there’s one statistic that is quite telling: the annual sale of climbing shoes has increased by two-thirds since 2005. And as much as 70 per cent of those sales are “entry-level” shoes.

In other words, more and more people are climbing for the first time. This is likely to increase further as we build toward the Tokyo Olympics in 2020. 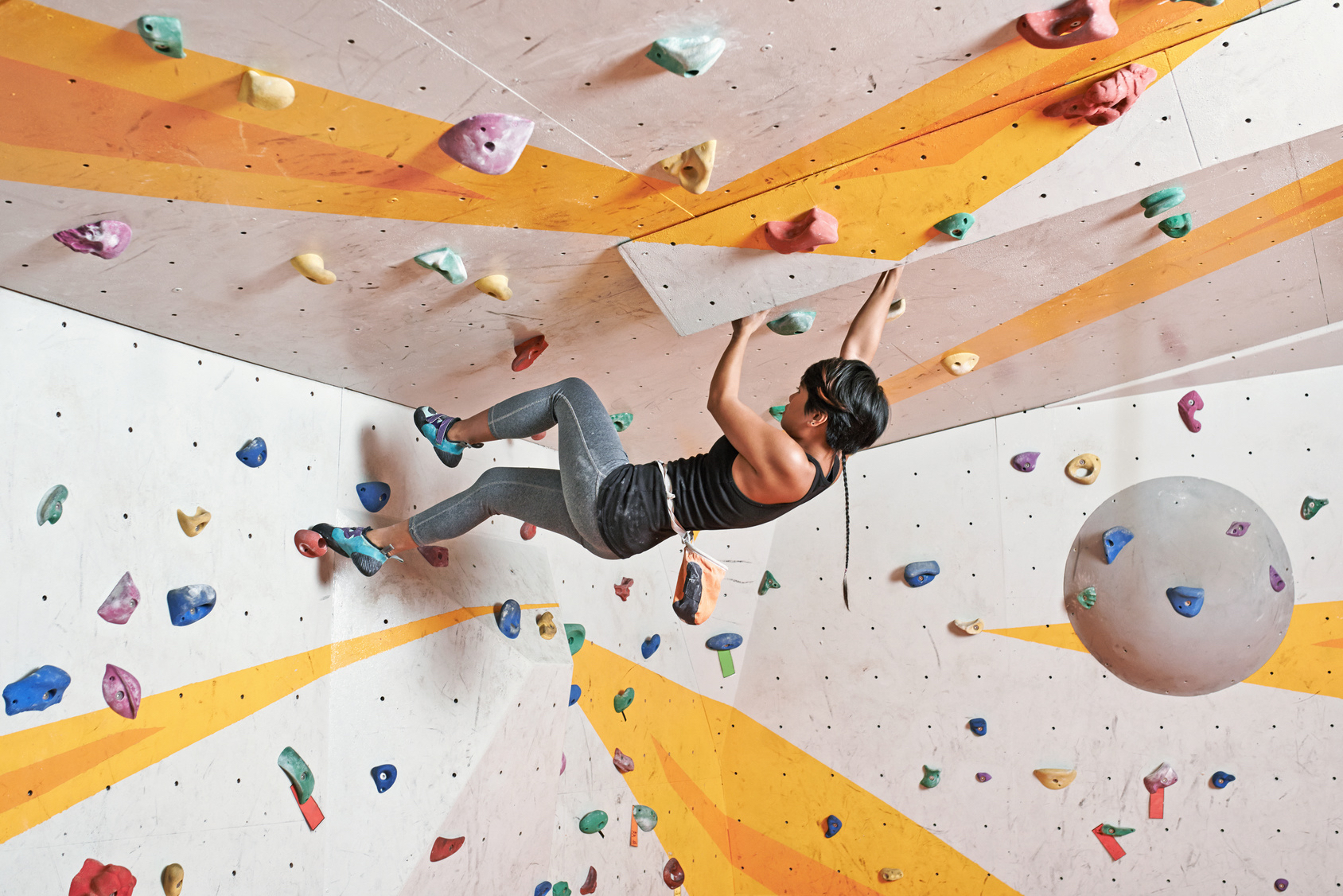 In 2020, climbing will become an Olympic sport, set to draw yet more viewers and participants from around the world.

Split into three disciplines, Olympic climbing will look like this:

Speed climbing – Climbers race to reach the top of the wall.

Speaking about the Olympic inclusion, IFSC president, Marco Scolaris said: “We are so happy that sport climbing will be participating in the Games of Tokyo. The Olympics have been our dream for quite some time, and now the hard work has paid off.”

The demand for climbing as a spectator sport is already well-established (and growing). The recent World Championships in Paris, for example, drew half a million live streams from 130 countries.

Simply put, more people are watching and participating in climbing than ever before.

What does it mean for the travel industry?

This trend is something that travel companies and tourist boards around the world can capitalise on.

As Globetrender has reported in the past, wellness and fitness travel is one of the fastest-growing tourism sectors, worth an estimated US$679 billion. Not only that, but “extreme travel” is fast becoming a pioneering trend in the industry.

Climbing sits neatly at the apex of the fitness and extreme travel trends. It’s a lucrative niche that some companies (and entire cities) are jumping on.

One company doing just that is Rock & Sun, the UK’s biggest climbing tour and holiday provider.

Speaking to Globetrender, founder, Desiree Verbeek said: “There’s a noticeable growth in people that want to go on guided outdoor climbing holidays. Within this growing demand we see two specific trends. First of all, more and more families go on climbing holidays… Second, we see that more and more people want to improve their climbing technique and push their grade.”

This, they explain, isn’t just a passing fad. “We expect that with climbing being an Olympic sport in 2020, indoor as well as outdoor climbing will become more and more popular.”

Tourist boards are also picking up on the trend. For example, Sheffield has positioned itself as the UK’s first “Outdoor City” and recently held its second “Outdoor City Weekender”. The Sheffield tourist board used the weekend festival to host a climbing competition as well as other outdoor activities.

Climbing and outdoor activities have always been a draw in places like Yosemite national park, but it’s fascinating to see urban centers like Sheffield tap into the outdoors too.

As extreme travel, fitness and wellness tourism, and climbing all grow in popularity, Globetrender expects to see more and more travelers hitting the rocks in the coming decade. 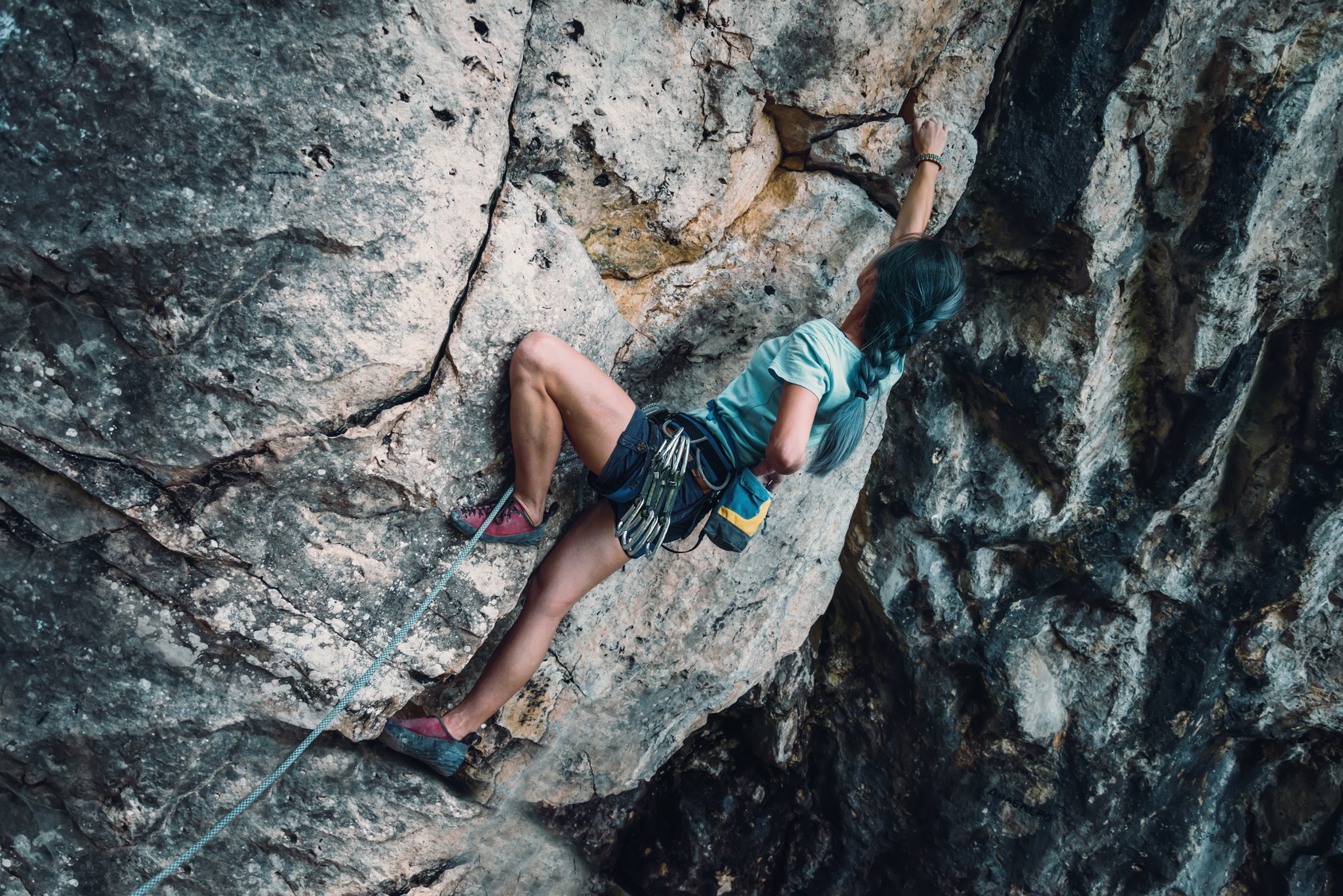 Best places in the world to climb

This lush forest 90km south of Paris is the home of bouldering. Scattered with hundreds of strange boulders and rock formations, this is where Alpine climbers would traditionally come to train. Now, bouldering is a discipline in its own right. Head to Fontainebleau if you love the idea of climbing, but don’t have a head for heights. All you need is a crash-pad, your climbing shoes and some chalk.

Yosemite is the home of “Big Wall” climbing. At the heart of the national park is El Capitan – perhaps the most famous rock climbing wall on the planet. It is here that climbing developed and evolved. Recently, Tommy Caldwell and Kevin Jorgeson made history here by “free-climbing” the hardest route in the world, the Dawn Wall of El Capitan.

Wild climate, jagged peaks and fiendishly difficult climbs, Argentina’s Patagonia region is the perfect destination for thrill-seeking climbers. Its needle sharp mountain ranges are perhaps the most awe-inspiring in the world. Whether climbing or simply hiking, it’s a must for those who love the outdoors.

If you’re looking for something a little closer to home, take a drive to the Peak District. It might not have the big walls of Yosemite, but it’s still a climber’s playground. Expect fantastic bouldering as well as multi-pitch and single-pitch routes, all on Derbyshire’s famous gritstone. Stanage Edge, in particular, is one of the most iconic climbing destinations in Europe.