Rather than housing artefacts, the Whale will be a museum above the Arctic Circle that puts the underwater world on display. Rose Dykins reports

Coming to Norway in June 2023, the Whale museum will offer a unique way to experience orcas and whales up close, with its ambitious design that combines architecture with conservation.

Dorte Mandrup, the design firm behind the museum, says: “The exhibition will curate a meeting between whale and human, nature and culture.

“Through art and science, a visit to the Whale will be a poetic exploration of different universes – below and above water – inspired by the whales’ journey around the globe. A journey where boundaries are not defined by nationality or drawn by culture.” 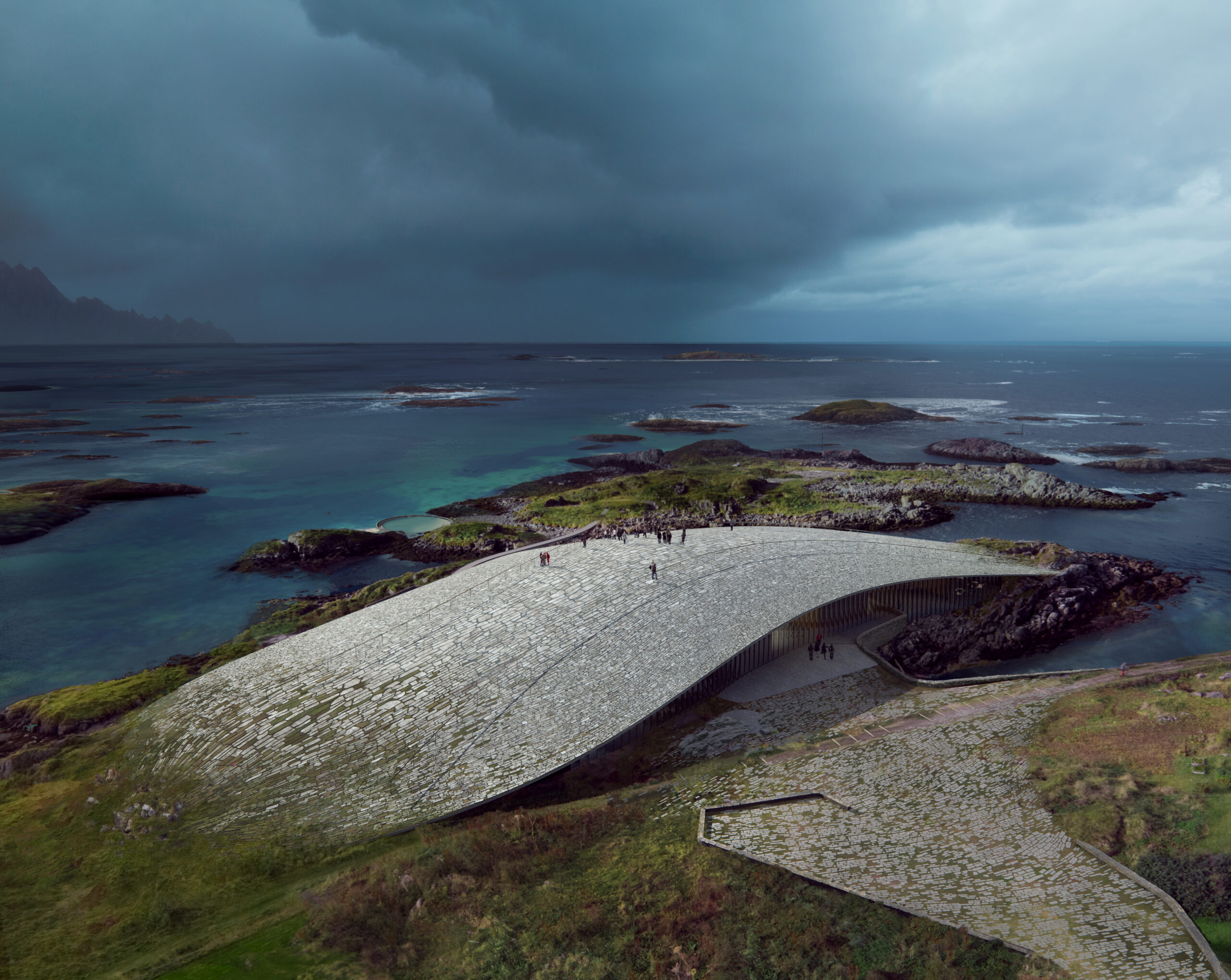 The Whale will be situated 300km north of the Arctic Circle in Andenes, a small town on the tip of the Norwegian island of Andøya. It is one of the best places in the world for whale-watching, as it is regularly visited by migrating herds.

Pilot, mink and sperm whales can be spotted in Andenes in June until August. Meanwhile, during the winter, orcas and humpback whales can be seen on their migration journey through the fjords of Vesterålen and the Lofoten archipelago, which is just to the south of Andenes.

Dorte Mandrup’s design for the Whale aims to highlight the visual connection between the museum’s exhibition and its natural surroundings. The structure maximises the views of the mountains and archipelago, while natural rock will be incorporated into the building in several places. 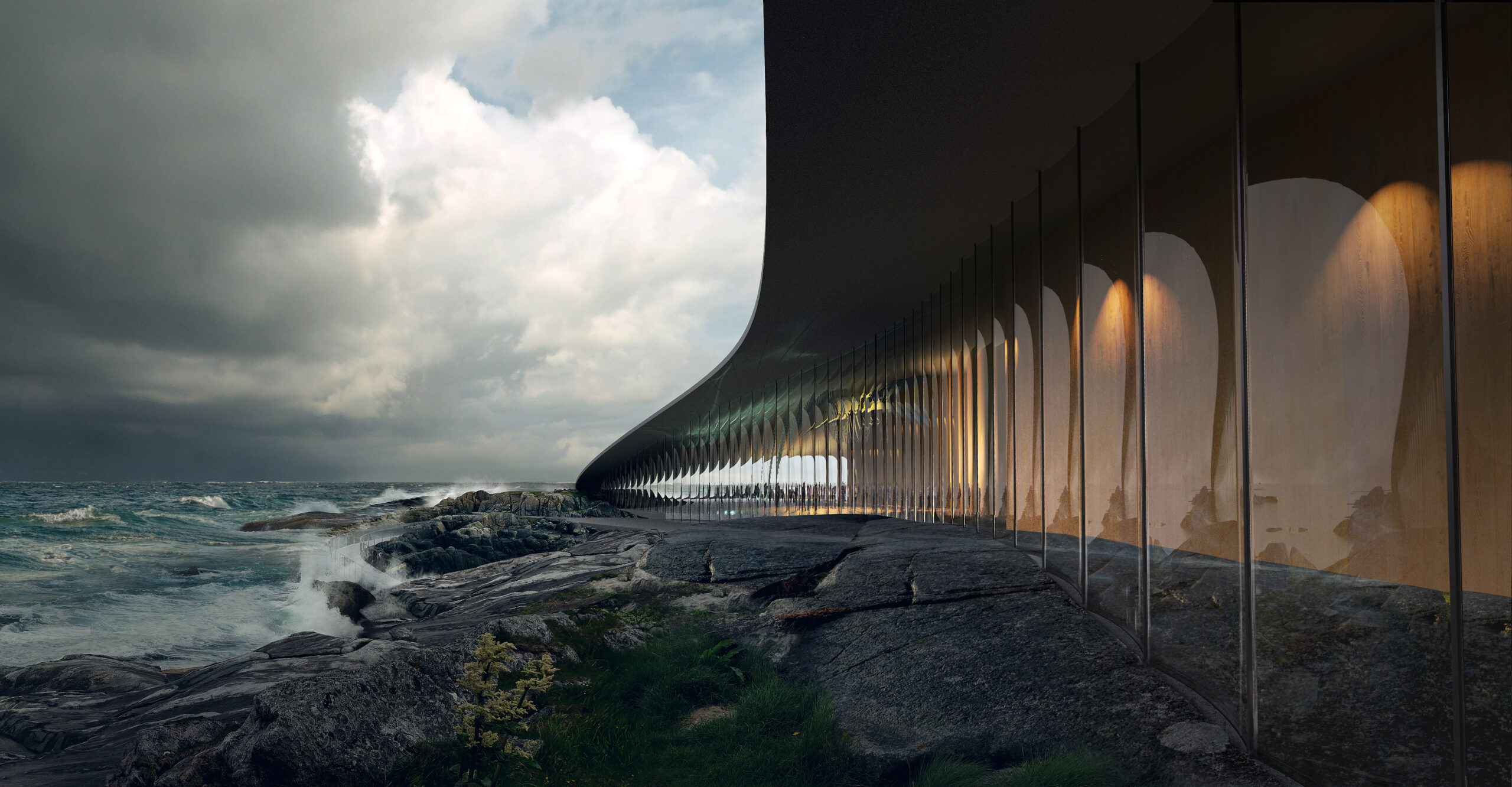 The roof of the museum consists of a single curved sheet of concrete, propped up by three support points in the corners of the building – which creates a large column-free chamber that is ideal for uninterrupted views of the stretch of sea outside. From Andenes, it’s possible to experience the natural phenomena of the midnight sun and the Northern Lights. 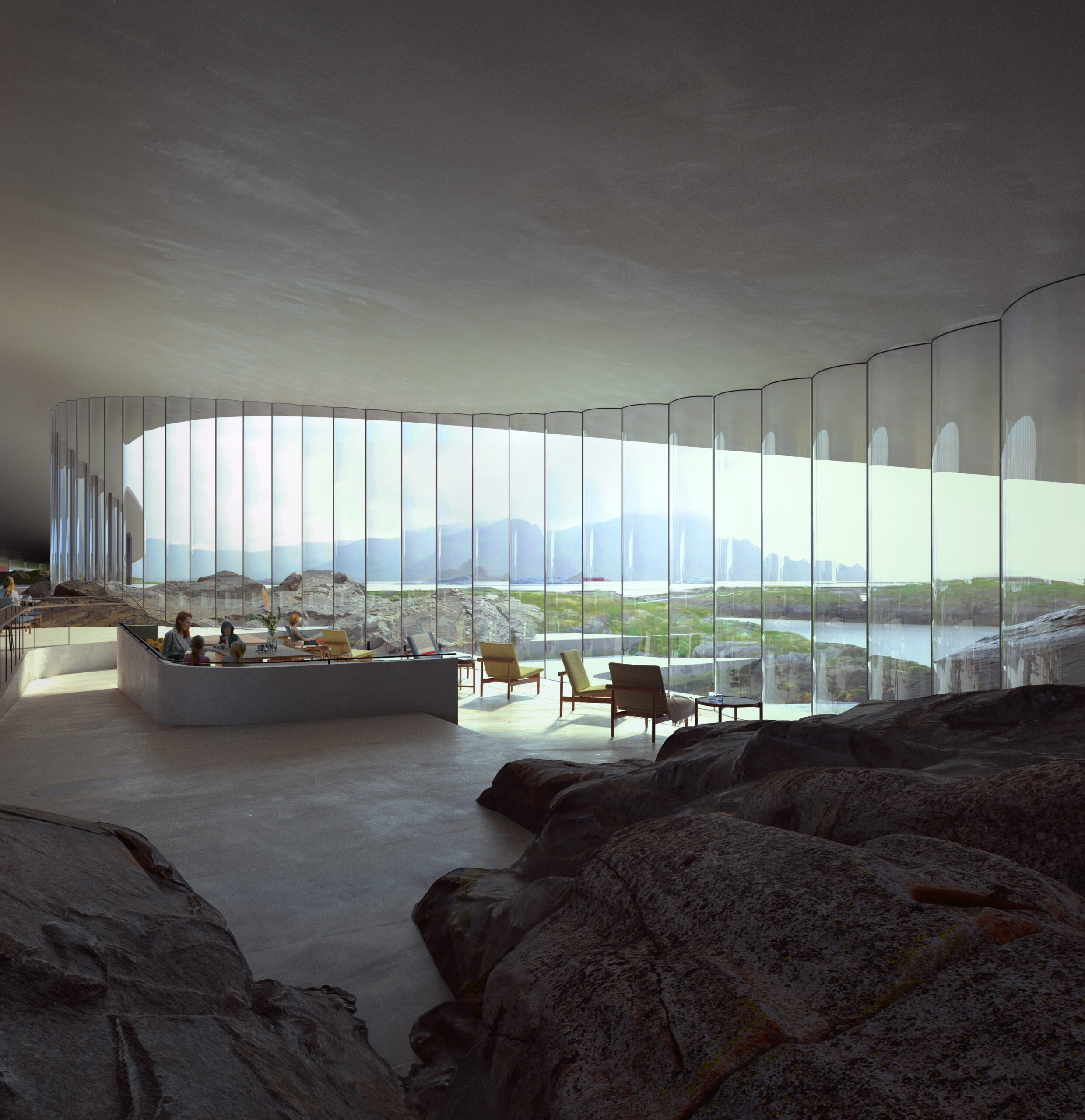 Meanwhile, the roof’s curved surface is covered in natural stones and visitors will be invited to walk on top of it. Dorte Mandrup wants the building to look like a large stone that “grows out of the landscape” and “rises as naturally as a soft hill on a rocky shore”. 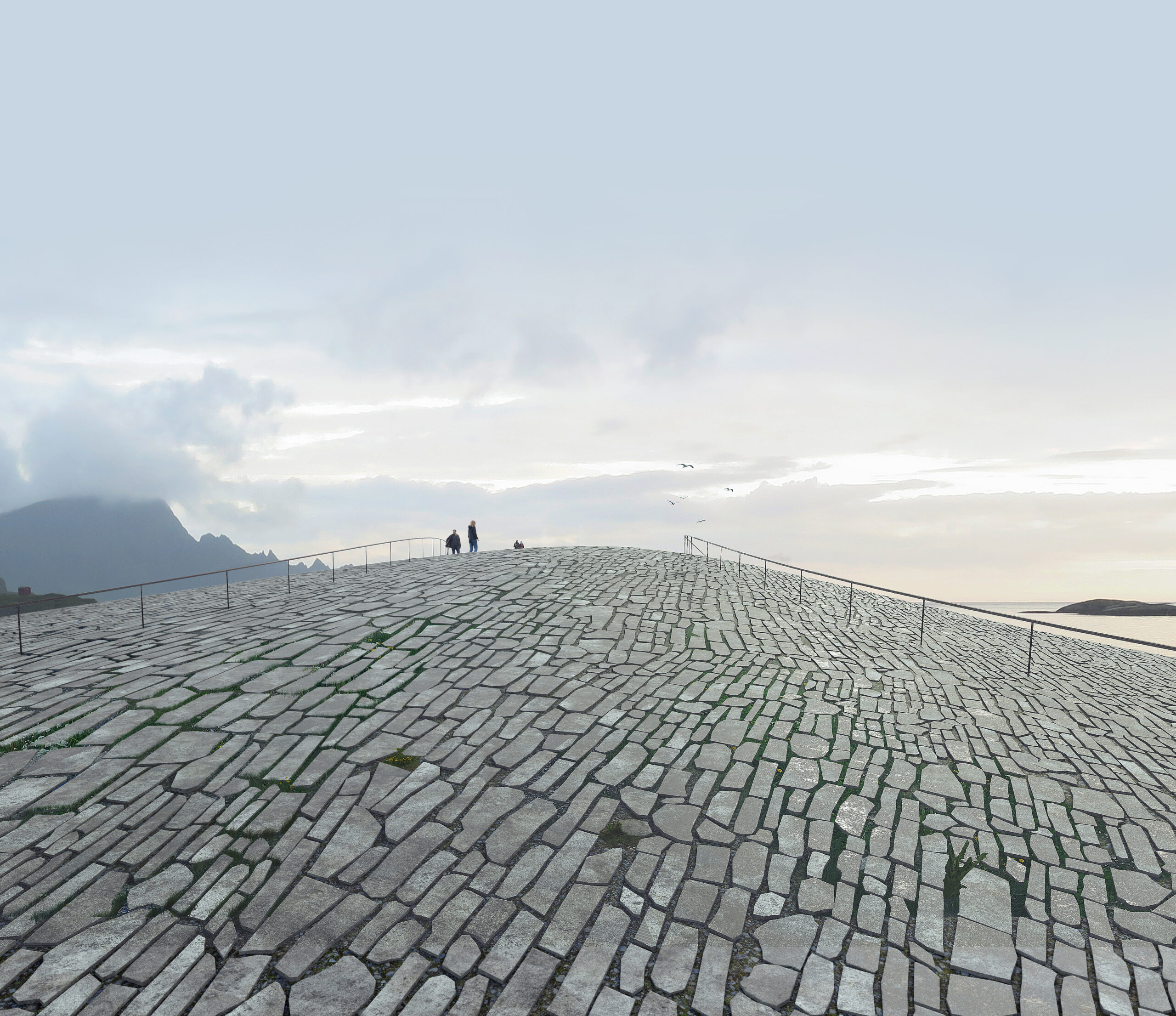 Inside the Whale will be exhibition space, offices, a café and a shop, while a designated network of footpaths and viewpoints will surround the building. A tide pool, campfire and trail of stepping stones will encourage visitors to explore the surrounding environment further.

The Whale is part of a trend that is emerging for architecturally extraordinary galleries and museums (such as the forthcoming Lucas Museum of Narrative Art in LA and Zaha Hadid’s Museum of Science and Technology in Shenzhen) around the world, which will be attractions in their own right, as well as for what they display. 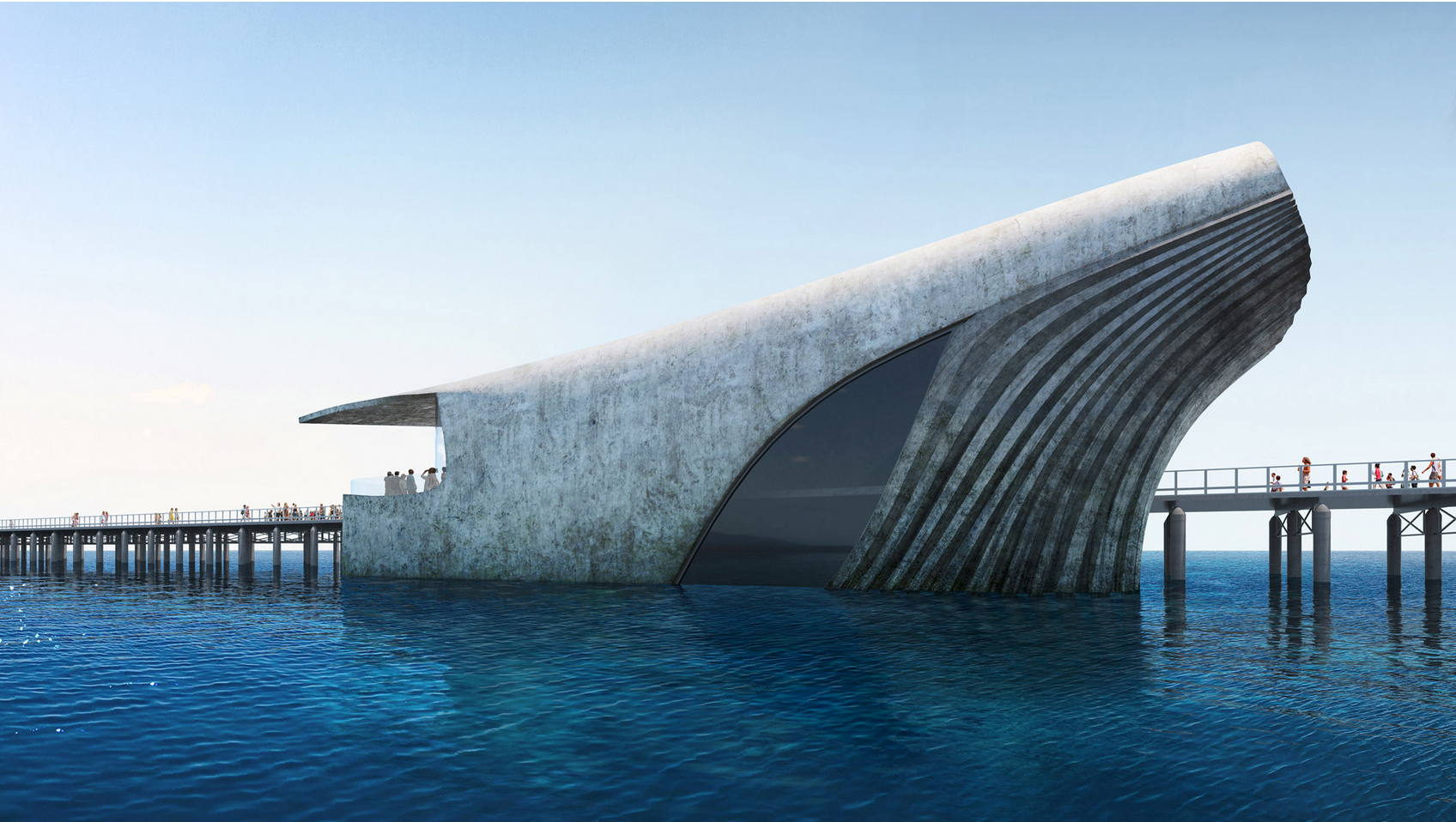 Interestingly, there is a trend emerging for sealife museums. Down in Western Australia, Baca Architects has designed a marine observatory called the Australian Underwater Discovery Centre (pictured above) that will look like a whale emerging from the sea, 2km from the shore, in Geographe Bay. Part of the structure will be built underwater and there will be a large viewing window.