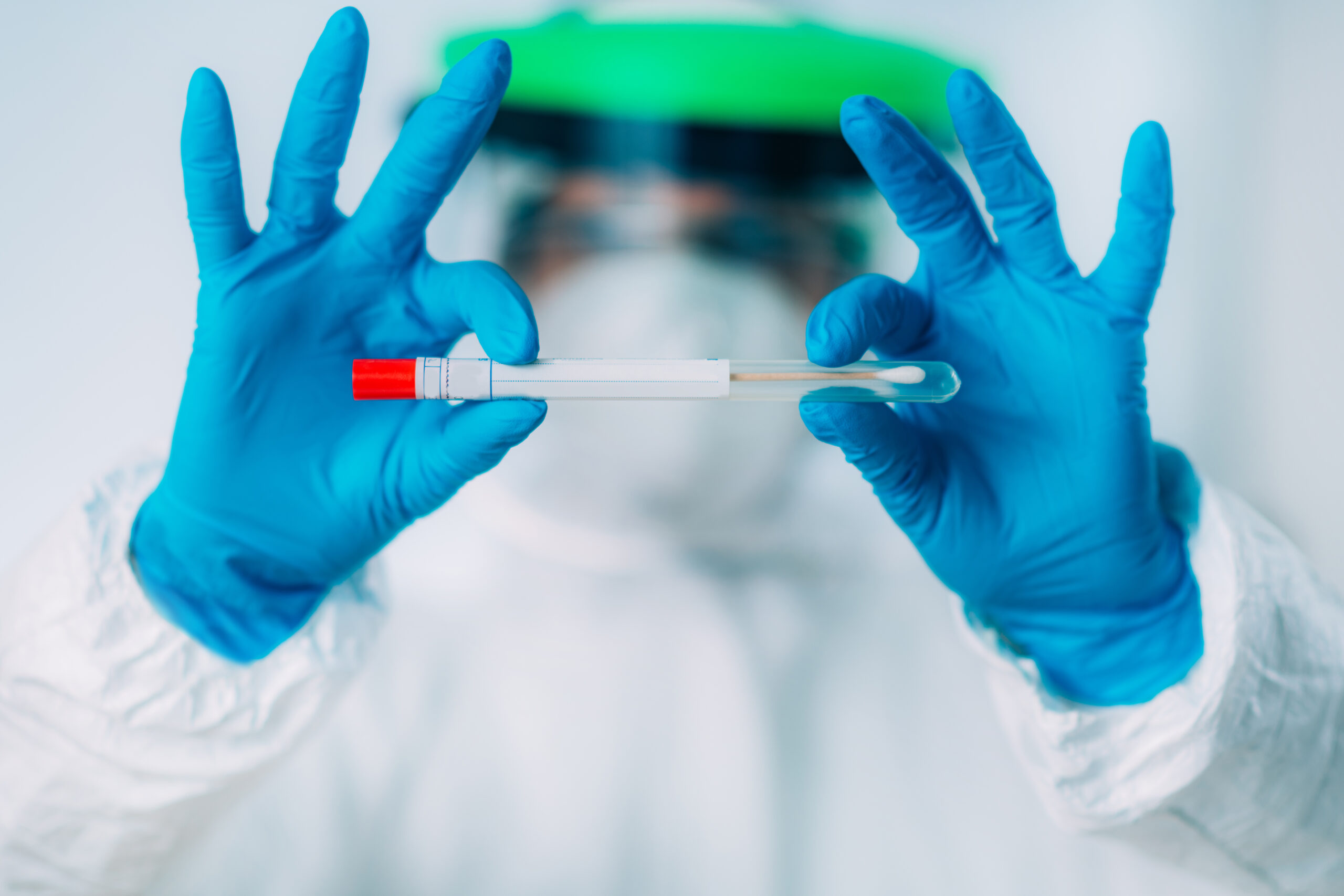 What it’s like to obtain a PCR test to travel last minute during the pandemic?

Invited on a very last minute trip to Antigua, journalist Olivia Palamountain had 72 hours to prepare to travel – including obtaining a negative Covid-19 RT-PCR test result. This was her experience…

The last time I was grounded for the summer I was 14. I ended up at a boy’s house (we had a slice of cake and a cup of tea with his mum) when I’d been told not to – scandalous. Fast forward 20 years and echoes of that fateful year came flooding back thanks to Covid-19, only this time I had the world to keep me company – on Zoom at least.

The greatest mass grounding ever known to man put a big fat cross next to three of my favourite things: travel, festivals and friends. So it was with teenage reluctance I resigned myself to a summer of staycations and lonely dancing at home.

As the world seemed confident in its new normal nearing the end of September, (before wave two really took off in the UK), one of my oldest and dearest mates invited me on a fortnight’s jaunt to Antigua on September 23. Long-haul? Sunshine? Rum Punch? I was on it faster than a superspreader.

While my friend had an agenda to travel (she needed somewhere to quarantine for 14 days before heading on to the US), and had already booked her flight with British Airways, I signed up to the trip with just three days to spare.

I like last minute. “Cutting it fine” is a euphemism for excitement in my book, and at any other time 72 hours to prepare for a two week holiday would have felt like a lifetime. But with the pandemic still raging, and ever-shifting government advice, prepping for this trip wasn’t going to be as straightforward as shoving a passport, shades and a bikini into a bag.

Antigua and Barbuda are exempt from the FCO advice against all non-essential international travel so at least our destination wasn’t on any watch lists. However, visitors must provide evidence of a negative Covid-19 RT-PCR test taken no more than seven days before arrival (this includes transiting passengers).

A number of destinations, including Barbados and Cyprus, require each passenger to provide a negative PCR test 72 hours before departure.

Suspecting I’d already had Covid before anyone in the UK had even heard of the virus (and feeling fit and well), I was certain I would receive a negative result. But where would I get the test?

A Google search for “PCR test London” provided hundreds of hits, but on closer inspection I couldn’t find any clinics in London that could guarantee my results in 48 hours. Not one.

British Airways is currently advertising home-testing kits at a discounted price from City Doc or with remote support from clinicians at Nomad Travel (using code BritishAirways15). Nomad says results are returned within 48 hours of the swab sample being collected, however according to the website, this option is “currently out of stock and unavailable”.

Many of the clinics I spoke to said that they used to be able to process results in that timeframe. But now swamped with samples and demand outstripping supply, they had no choice but to renege on assurances.

I made appointments with two different PCR test centres, two days before my flight, in the hope that I’d be able to sweet-talk my way to a speedier result.

The line outside City Doc in Moorgate at 10.10am looked like the queue for Fabric nightclub circa 2001 – one-in-one-out and full of sketchy faces. On the phone, City Doc had told me that I would be able to expedite my sample and receive results in 24-hours. Result. On arrival, this proved not to be the case.

“To be honest with you,” said the doctor (note to medical professionals, never use this phrase), “we changed to a new lab at the beginning of the week and demand is so high we can’t guarantee anything – and we definitely cannot do a 24-hour turnaround.”

After some further questioning, it transpired that all of the day’s samples were bagged up after the final appointment and sent off to a test centre independent of City Doc. And it’s only when the samples arrive at the lab that the 48-hour clock starts ticking so if you think a 9am appointment will get you your results sooner, you’re wrong.

“Once the samples have been sent off, it’s out of our hands,” explained the doctor.

I decided to try my luck later in the day at appointment two, a private centre on Harley Street. The response wasn’t any more comforting but this practitioner did at least give me some more personal attention – the Harley Street “touch”.

He listened to my story, took the urgency on board and promised to hand-deliver the sample to the lab immediately after testing. Plus, he would personally oversee getting my results over to me. With 52 hours before my landing time in Antigua, I had no other option but to go for it.

Sure, there was a small chance I would actually have Covid and would be labelled a bio hazard on arrival and have to quarantine but it was a chance I was willing to take.

I handed over a whopping £179 (this cost appears to be standard), hopped onto the couch and winced as a giant cotton bud was pushed through my nostril and into the back of my throat. You’ll need a good incentive to suffer the PCR experience – an all-expenses paid trip to the Caribbean ought to do it. I left hopeful but hardly convinced that I’d be hearing steel pans any time soon. 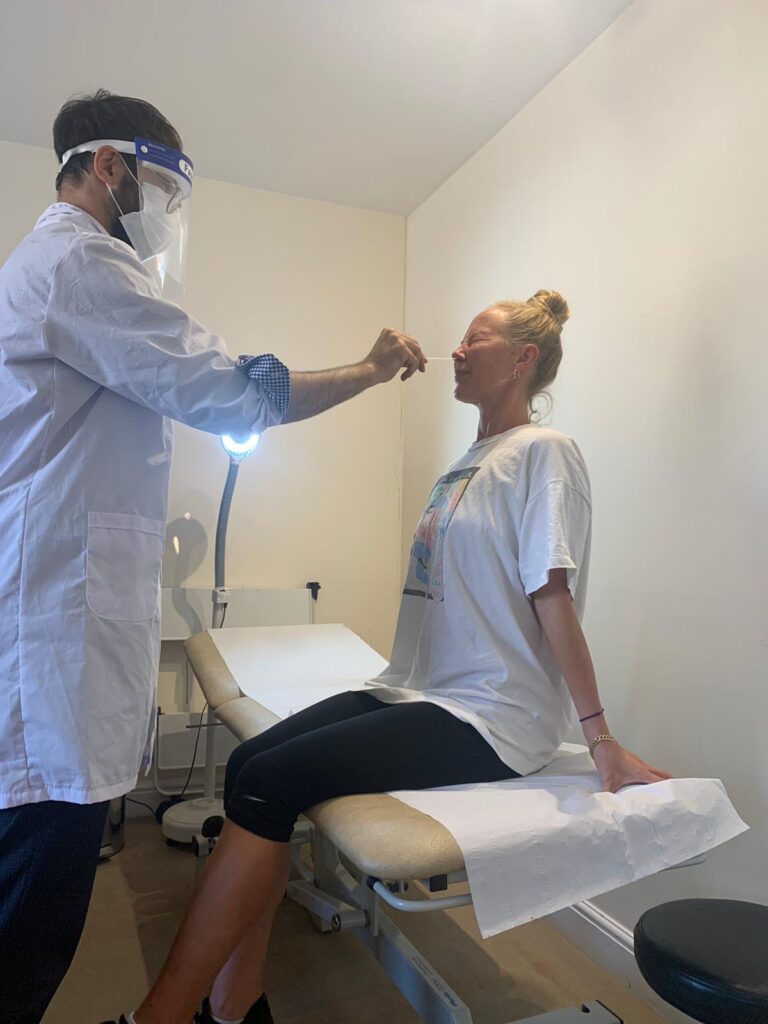 What I hadn’t factored in was that British Airways would ask for proof of a negative test result before boarding. I received that nugget of information at Gatwick’s BA check-in desk at 8.30am.

My 48-hour countdown calculation was based on the time I landed in Antigua – rather than my departure. Oops.

Why was I not able to find any mention of this requirement on the BA website (at the time or since)? Are airlines now required by law to see negative test results before allowing you to fly to destinations that require them to enter? Answers on a postcard please because I still can’t figure it out.

After frantic calls to the clinic my results appeared with minutes to spare. I was one of the lucky ones.

On September 23, five days after my flight, one of the UK’s leading laboratories offering Covid-19 tests said it could no longer prioritise tests for leisure travel, due to demand outstripping capacity.

“Covid-19 PCR testing has significantly increased in recent weeks in line with increasing infection rates and hospital admissions, and as a result testing is now outstripping laboratory capacity,” a spokesperson from the Doctor’s Laboratory, the largest independent provider of clinical laboratory diagnostic services in the UK, told Telegraph Travel. “Priority is therefore being given to clinical and work-related testing.”

Today, the situation is even worse, with holidaymakers reporting last-minute cancellations and significant losses thanks to delayed results.

Sadie Whitelocks missed a flight to Kenya because her test had not come back in time.

“I was meant to be headed to Kenya last Saturday and needed, as with many places, a negative PCR test. In Holland these cost around £80–£150. I found a place that looked legitimate, selected a test that would return the results in 48 hours and paid the £80. However, the night before my flight the test still hadn’t come back as promised,” she told The Telegraph.

“The more I looked into the company I realised there was no number or efficient way of contacting the company. They had also closed social media accounts. I ended up missing the flight and having to reschedule because of the test, which finally came back later than promised with a negative result.

“Looking at reviews around this company there are so many travellers who have lost holidays and lots of money because of inefficiency.”

Complaints of delayed test results leading to missed holidays are rife on Twitter. One user, @Neelam7t2, wrote: “Had #covidtest on Wednesday and still waiting for results. Very disappointed as was assured within 36/48 hours. I’ve missed my flight and have huge hotel bills to pay and a new airline ticket. Visa finishes in 10 days.”

Another, @Gulen78003070, said: “Took my mum to a private clinic for a Covid test Friday at CityDocLondon. Paid £150 to guarantee prompt results 72 hrs before flying. Received her results 2 mins after check-in desk closed. Absolute shambles. Disgusting service by CityDocLondon. Mum missed her flight.”

“The key to restoring the freedom of mobility across borders is systematic Covid-19 testing of all travellers before departure,” Alexandre de Juniac, director-general of the International Air Transport Association, said last month.

But with no standardised test or guaranteed results, and people desperate to travel, there’s plenty of money to be made from this new “industry” – and with that comes scope for exploitation.

What’s the answer? The sensible option is to reconsider any travel plans in the coming months, especially since it’s likely you won’t be covered by insurance should you choose to go ahead with plans in spite of an FCO warning against all but essential travel.

Many insurance companies are also restricting cover in light of the pandemic. The Post Office, for example, has said that additional Natural Catastrophe and Terrorism and Enhanced Trip Disruption cover will not encompass claims relating to Covid-19 if purchased from or after March 11.

It’s also suspended sales of new policies, as have at least 35 other providers including LV, Admiral, Churchill and Direct Line.

If you do choose to travel to a destination that requires a negative PCR test result, make sure you are comfortable with the chance of forfeiting both your holiday – and your cash. In the words of Allyson Pollock, clinical professor of public health at Newcastle University, the testing debacle is “just a chaotic mess”. You have been warned.