Described as a “forest within a forest”, Bumthang is the fifth luxury hotel lodge from Six Senses to open in the Kingdom of Bhutan. Samuel Ballard reports

Located in the world’s only carbon-negative country, the Six Senses Bhutan is unusual in that it is comprised of five properties dotted across the western and central valleys of the country to create a circuit of stop-offs for well-heeled travellers.

The latest resort, named after the region of Bumthang that it sits within, followed the opening of Gangtey at the end of 2019, which is also known as the “Traditional Birdwatching Bridge” because of its cantilevered design.

Six Senses Bumthang is being described as a “forest within a forest” because of its timber construction and the fact it is surrounded by blue pine trees – none of which were felled to create the property. 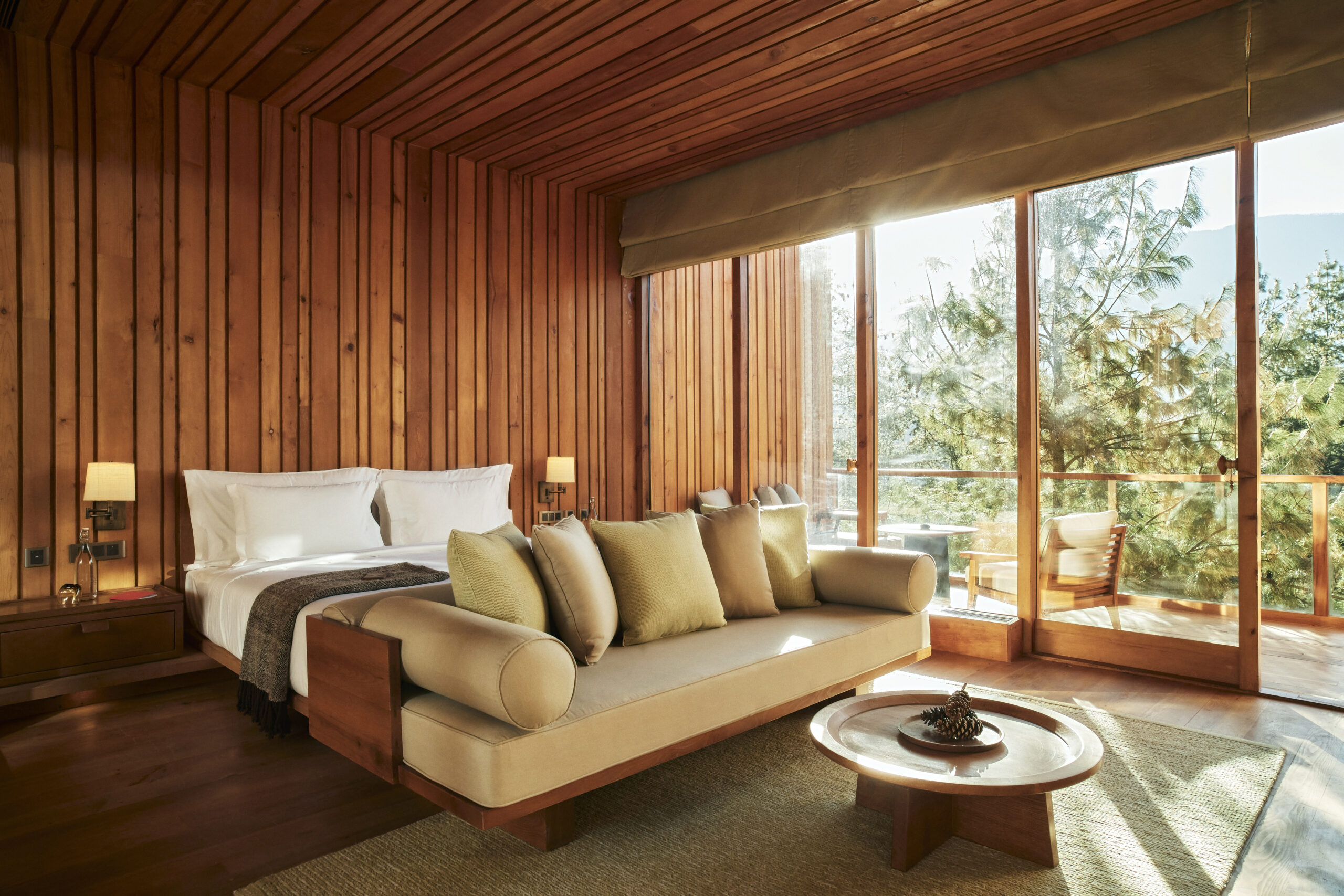 Nature is a key part of the experience. The Six Senses Bumthang has eight, 92 sqm suites, all of which feature balconies and views of the forest. Each one also has a pine sapling within its open-air vestibule to “reinforce the relationship between the inside and outside”.

There is also a two-bedroom, 259 sqm villa containing living and dining areas, as well as a private spa.

Sally Baughen, general manager for the Six Senses Bhutan, says: “The brief for the masterplan had the architects chewing their pencils in deep thought. The ambition for Six Senses Bumthang was to immerse guests in the natural beauty of its surroundings, history and traditions, honouring the natural environment rather than impacting it.”

The lodge’s signature restaurant, Tongtshang, offers both al fresco dining and an option to eat around a fire, indoors. The menu consists of local dishes such as buckwheat and barley combined with seasonal ingredients freshwater algae, hazelnuts and mushrooms. 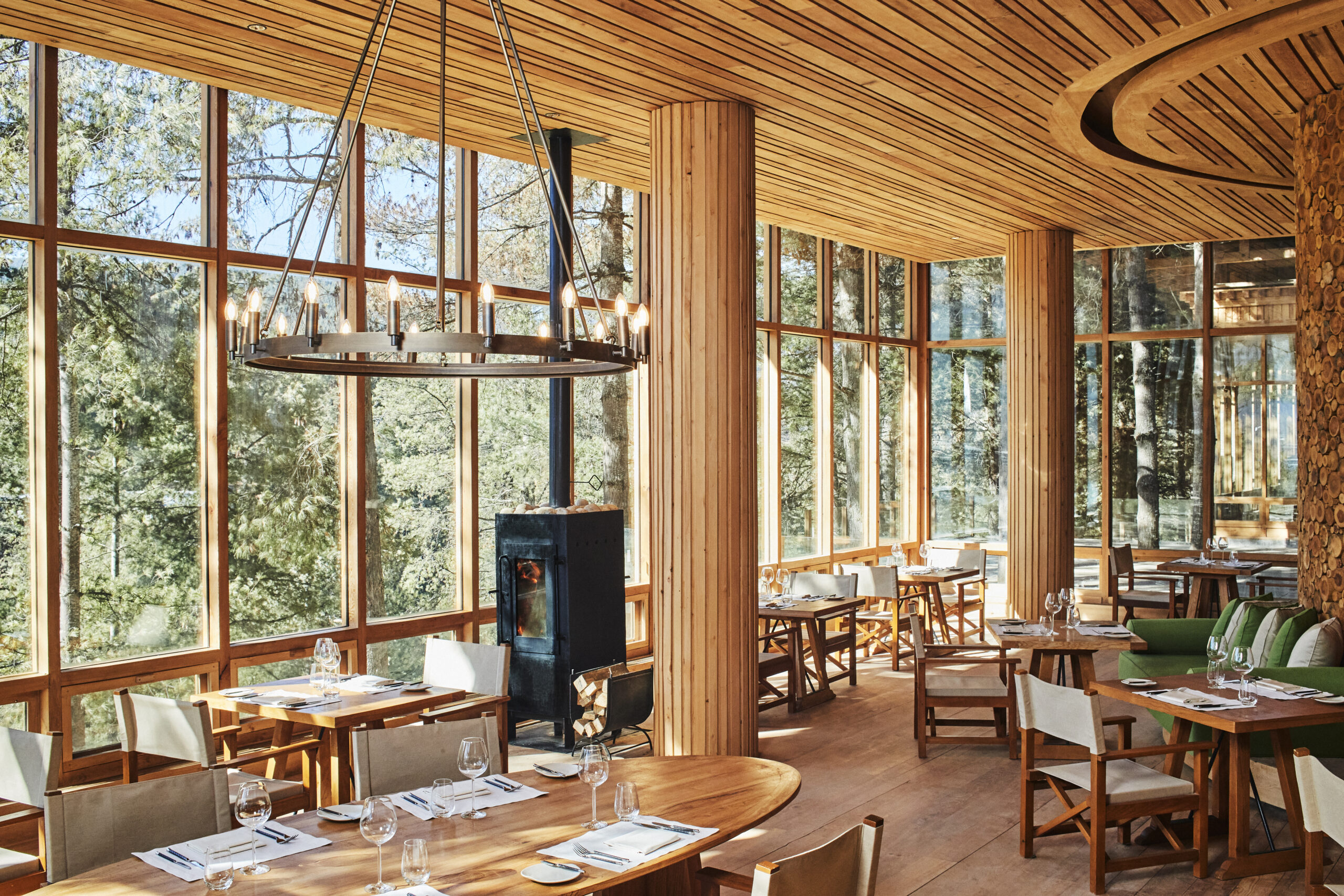 At the same time, the spa offers treatments including a traditional dotsho hot stone bath or the Bhutanese-inspired signature Hingsangsa Zoni bathing ritual.

Bumthang is one of 20 dzongkhag (districts) that make up Bhutan, and is considered the most historic and sacred, with many ancient temples. It also has four mountain valleys to explore – Ura, Chumey, Tang and Choekhor.

Guests can use Bumthang as a base to embark on half-day or full-day treks to the valley’s most important Buddhist pilgrimage sites. 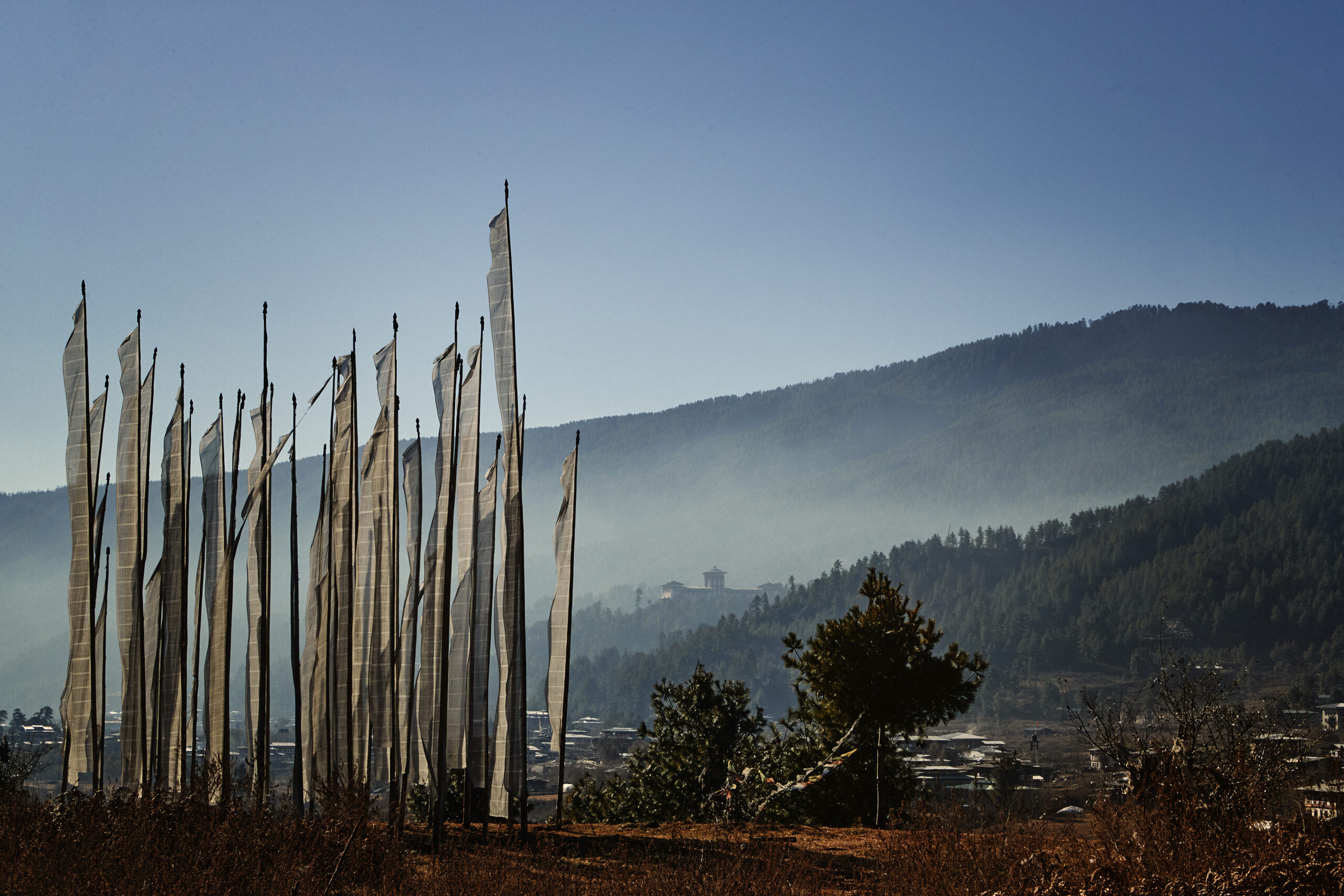 When is a good time to visit? Six Senses that that “with temperate weather, Bhutan is an ideal year-round destination”. It says: “March to April and September to November offer pleasant weather for hiking and trekking. May to August presents lush landscapes with blooming flowers and abundant vegetation. December to February brings sunny days and clear mountain views.”

Because of disruption from the Covid-19 pandemic, free flexible cancellations up to five days prior to arrival are available until December 21, 2020.

UNWTO says fifth of countries have completely closed their borders

Vacasa is selling overnight stays in the Grinch’s cave

House from ‘Home Alone’ movie is available to rent on Airbnb