Promising “an eco-retreat unlike any other”, AI Spacefactory is bringing a version of its 3D-printed Mars habitat concept to Earth this spring, for guests wanting a taste of what it would be like to live on another planet. Emily Eastman reports

AI Spacefactory, a “multi-planetary architectural and technology design agency”, won US$500,000 from NASA for its ground-breaking design for a 3D-printed habitat called MARSHA that could be built on the moon or Mars, and sustain human life.

But the company says that while it was designing homes for Mars, it realised the product could provide sustainable buildings on Earth, too.

Known as TERA, the world’s first 3D-printed Martian eco-retreat will be “nestled in the woods of Upstate New York with sweeping views of the Hudson River,” according to AI Spacefactory. Stays will cost between US$175 and US$500 a night. 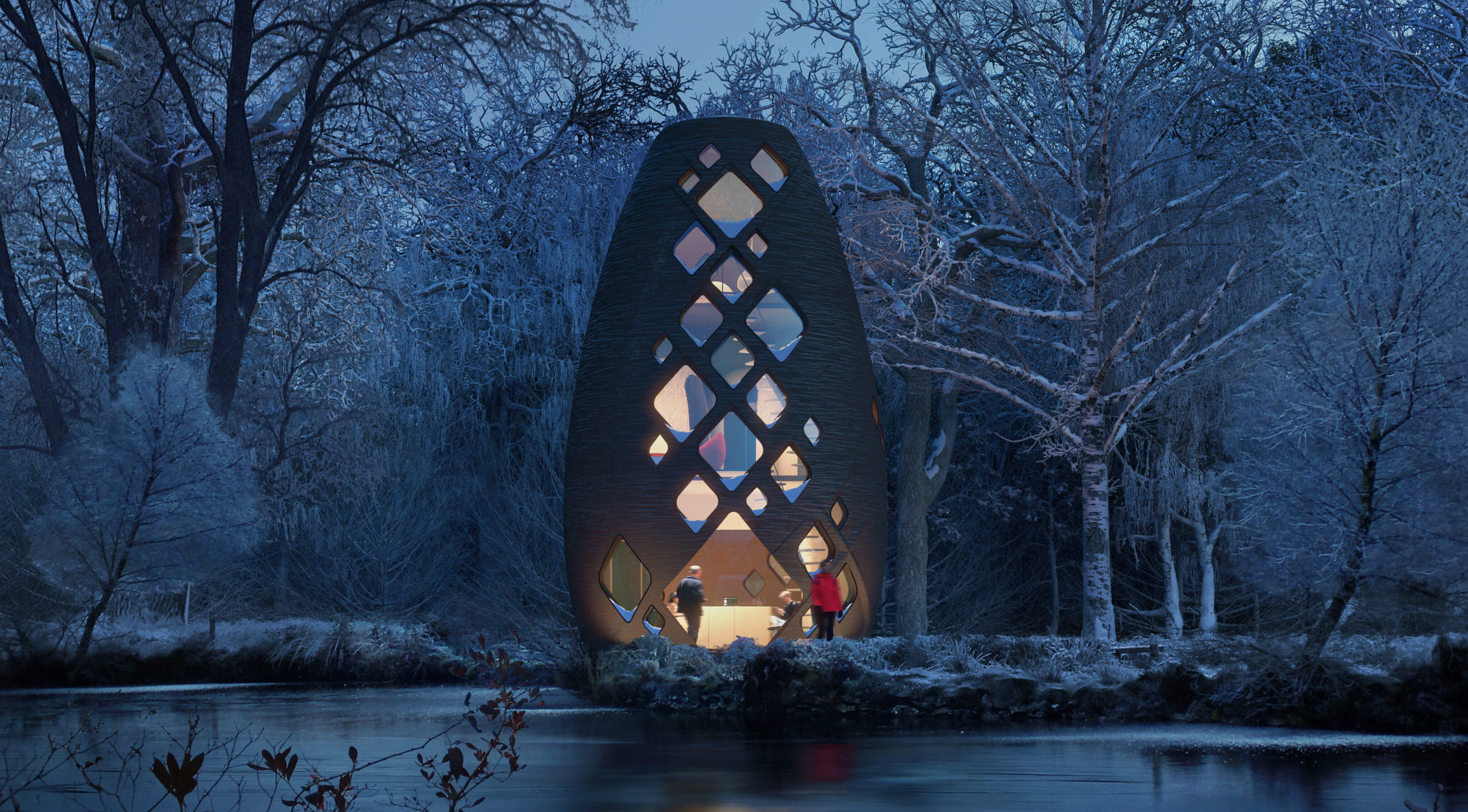 “Made for space, evolved for Earth,” is TERA’s tagline.

AI Spacefactory describes the habitat as a “high-tech, luxe, green eco-home that’s unlike any other”. And it will be available on a nightly basis for anyone wanting a glimpse into the future of sustainable living. 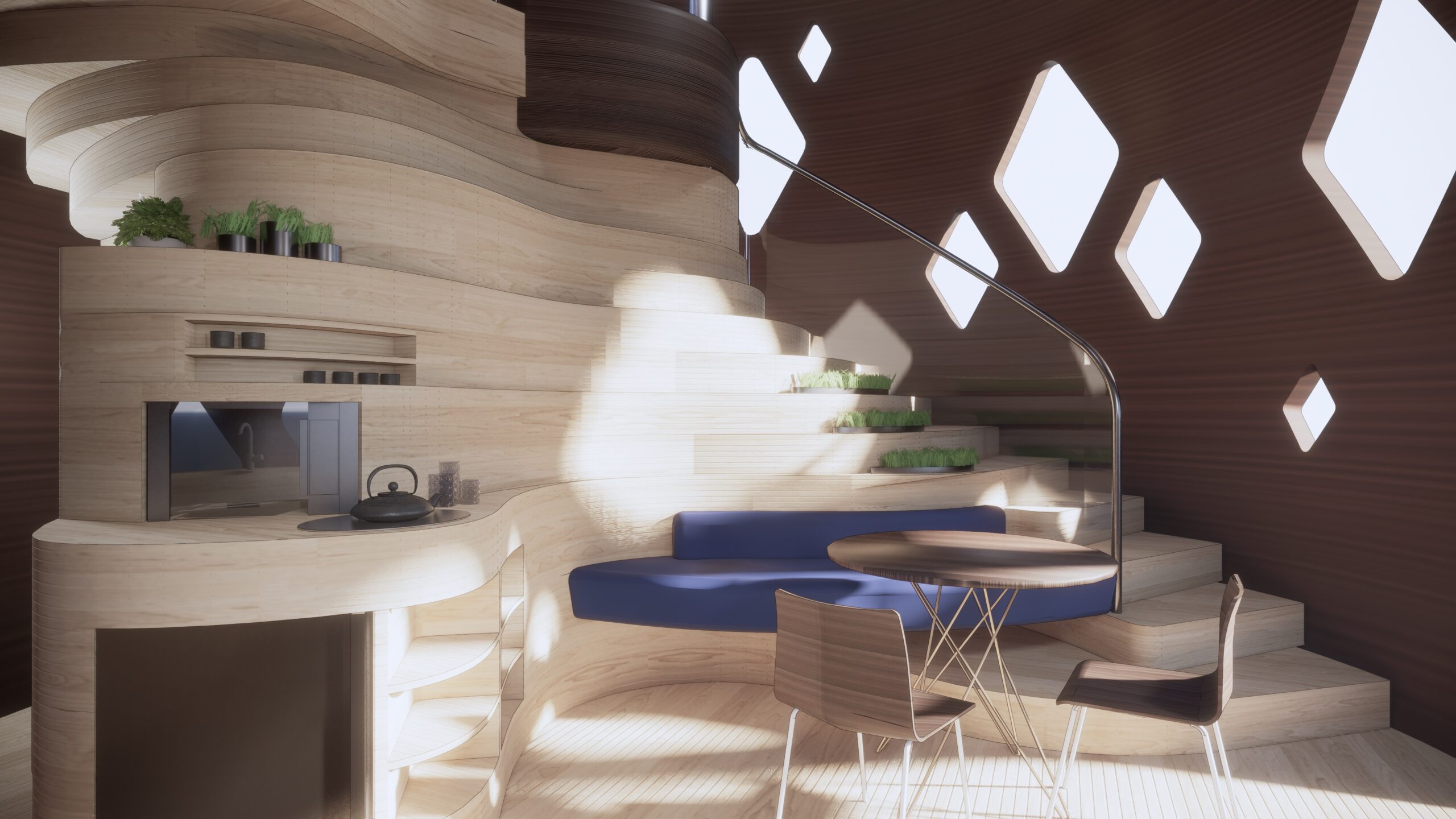 Rather boldly, it claims it “could transform the way we build on Earth – maybe even save our planet”.

TERA will be 3D-printed with a “biopolymer basalt composite” – a material developed from crops like corn and sugar cane that NASA says is 50 per cent stronger and more durable than concrete.

The company says TERA-1, its first iteration, is the “juncture where the lessons we learned through MARSHA meet the energy of the land along the Hudson River in Upstate New York”.

“The wooded site, with its untouched terrain and sweeping views of the Hudson River, gave us specific dimensions and angles to work with, and TERA has transformed from MARSHA into a two-story building with an exterior 3D printed shell covering a wooden structurally independent interior,” it says.

“At several points, the exterior shell celebrates its intersection with both the natural environment and its hidden, interior structure.” 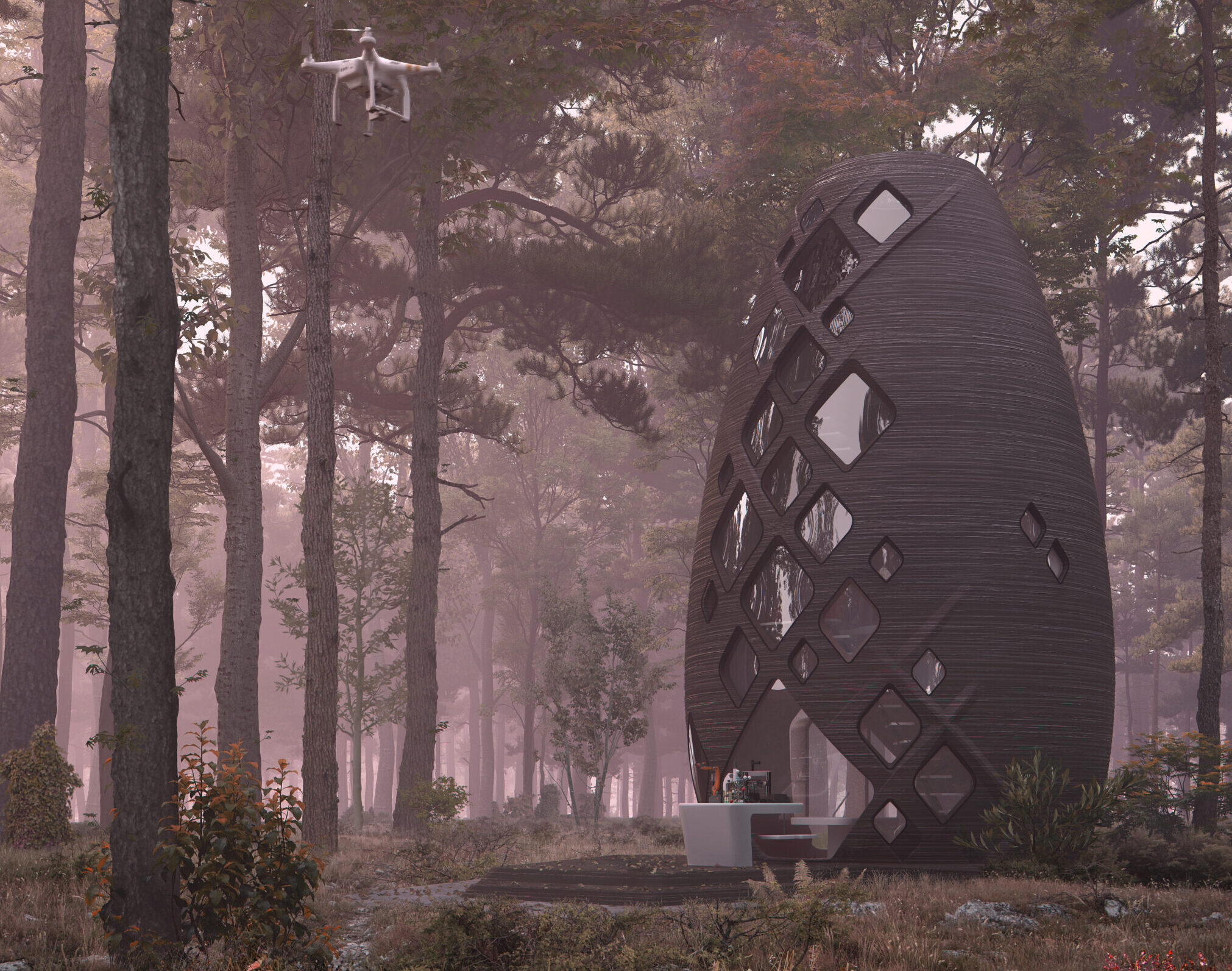 TERA will be 3D-printed on site with AI SpaceFactory’s mobile robotic platform and retrofitted with its treehouse-style interior (made from birch and poplar) to be ready for its first guests in March 2020. Features will include a kitchen, bathroom and sleeping loft, accessed via an sleek spiral staircase, as well as a telescope, greywater recycling and LED lighting. 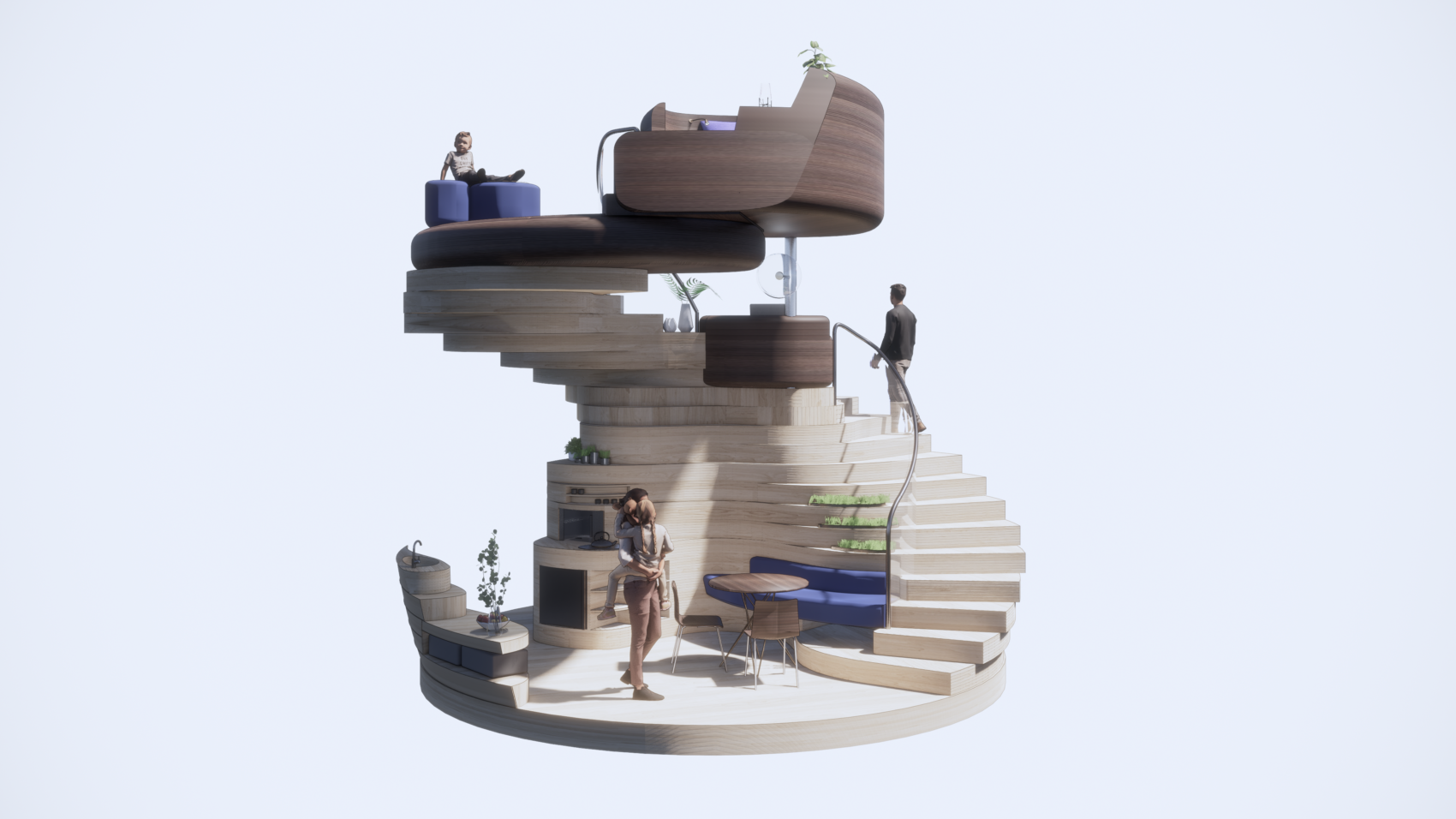 AI SpaceFactory was founded in 2017 by architect David Malott to create “life-sustaining architecture for long-term missions to Mars, with the goal of revolutionising the architecture of Earth”. 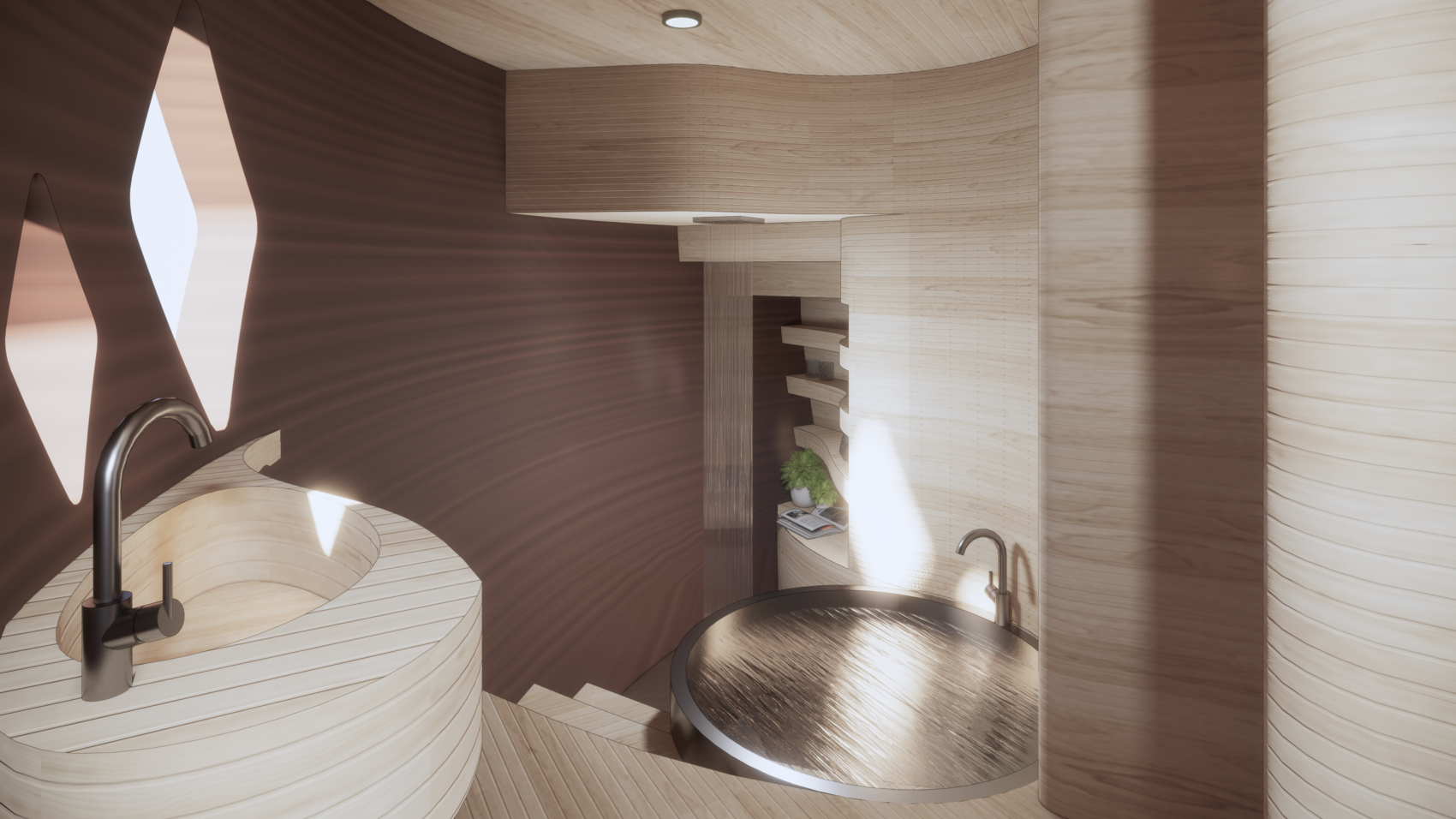 A campaign has so far raised almost £56,000 to crowd-fund the project on Indiegogo. According to an FAQ section on the website, TERA-1 will be available for one year to stay in. The company says it plans to recycle TERA-1 and re-create more advanced TERAs all over the world.

“Each TERA will build on what we learn from the last until we achieve highly autonomous structurally performing human-rated habitats,” it says. “This knowledge will inform sustainable construction on Earth and also feed back into our extraterrestrial design and construction – ultimately enabling human life on Mars.”