3D bag-scanning to end liquid and laptop removal at airports

The hassle of removing laptops and liquids at airport security is set to end at London Heathrow and Amsterdam Schiphol thanks to the implementation of futuristic 3D bag-scanning technology. Olivia Palamountain reports

During the pandemic, travelling has become more infinitely more complicated but there’s some encouraging news from airport security at London Heathrow and Schiphol in Amsterdam.

Both airports have invested in next-generation bag scanning tech that will allow passengers to pass through security without the tiresome exercise of removing liquids and laptops from hand luggage.

Heathrow has invested in £50 million of state-of-the-art CT scanners from engineering experts Smiths Detection, which uses 3D images and advanced explosives detection to display what’s inside travellers’ luggage. The first machines are expected to be installed later this year, coinciding with an anticipated boost in passenger numbers.

As reported by The Evening Standard, Chris Garton, Heathrow’s chief operations officer, says: “Heathrow has a proud history of investing in making every journey better and that’s why we’re delighted to be rolling out our new CT equipment.

“This cutting-edge kit will not only keep the airport safe with the latest technology, but will mean that our future passengers can keep their focus on getting on with their journeys and less time preparing for security screening.”

“This innovative new equipment will ensure Heathrow continues to provide a safe and smooth travel experience for passengers, as we look to roll out this new screening technology at airports across the country.”

Meanwhile, in Amsterdam, Schiphol has already replaced its outdated X-ray machines in favour of modern CT scanners that are able to create and rotate 3D images of whatever’s inside. Schiphol is the first major European airport to offer this new technology at security checkpoints. 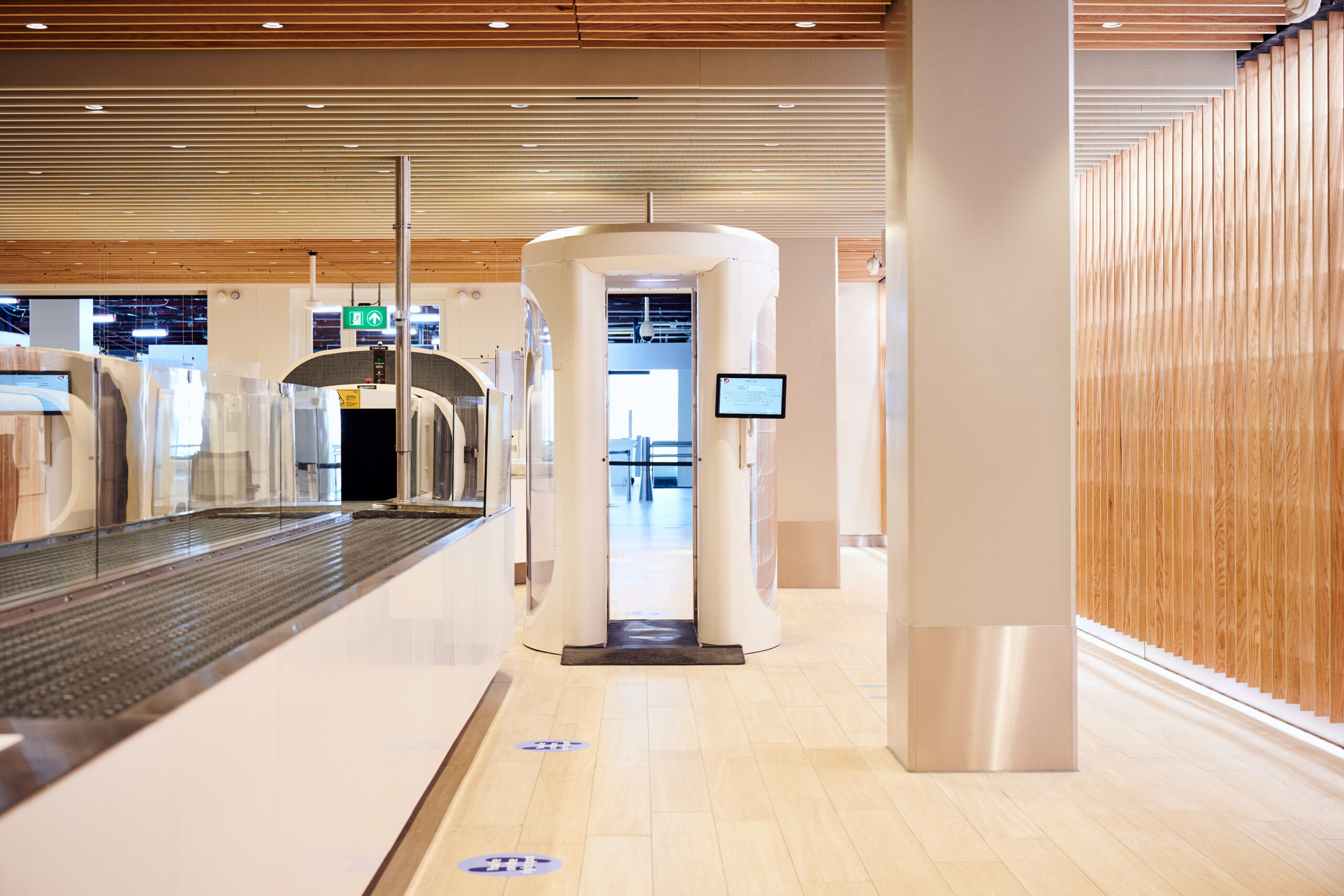 “This is a world-first,” said Hedzer Komduur, deputy director of safety, security and environment at Royal Schiphol Group. “Good news for passengers because they are no longer required to take their liquids and electronics out of their bags when going through security. It’s also good for security staff. The CT scan allows them to check baggage on their screen in 3D and even rotate it 360 degrees.”

According to The Points Guy, in theory, the new CT scanning machines could mean passengers could carry liquids in bottles or containers larger than 100ml, but airport officials don’t recommend chancing it.

Bottles and containers that exceed 100ml are only allowed if approved by the CT scan and security staff. And since restrictions on liquids in carry-on bags still applies at nearly every other airport, it could cause travellers problems on a connecting or return flight.