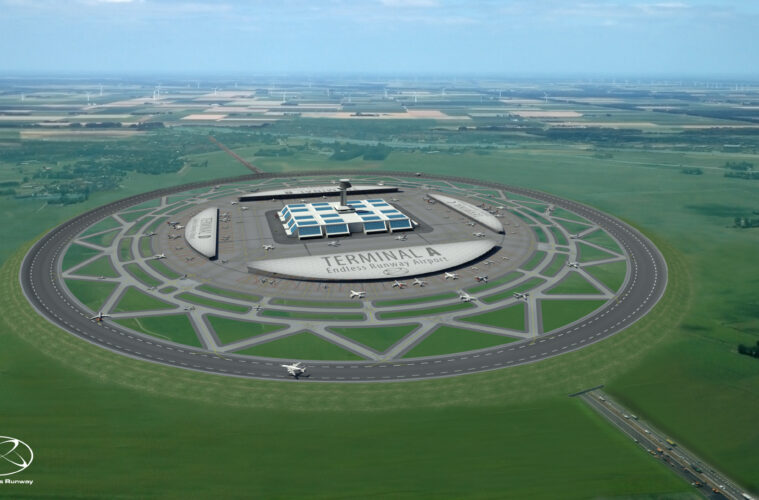 Why the airport of the future could have a circular runway

Dutch scientist Henk Hesselink, who works at the Netherlands Aerospace Centre (NLR), believes planes should be landing and taking off not on the long straight runways we are all familiar with, but on a single circular loop of tarmac that surrounds the airport and its terminals.

He envisions a banked 3km runway (three times longer than a conventional landing strip) on which three planes could land or take-off at the same time, making it more efficient. “People really want to fly [but] airports are getting more congested. The circular runway is a more efficient way to handle all this traffic,” says Hesselink.

However, the “Endless Runway” would also help pilots counter risky crosswinds that can buffet planes when landing on conventional runways, as aircraft could choose a point on the loop that was safest in terms of the direction the wind was blowing. 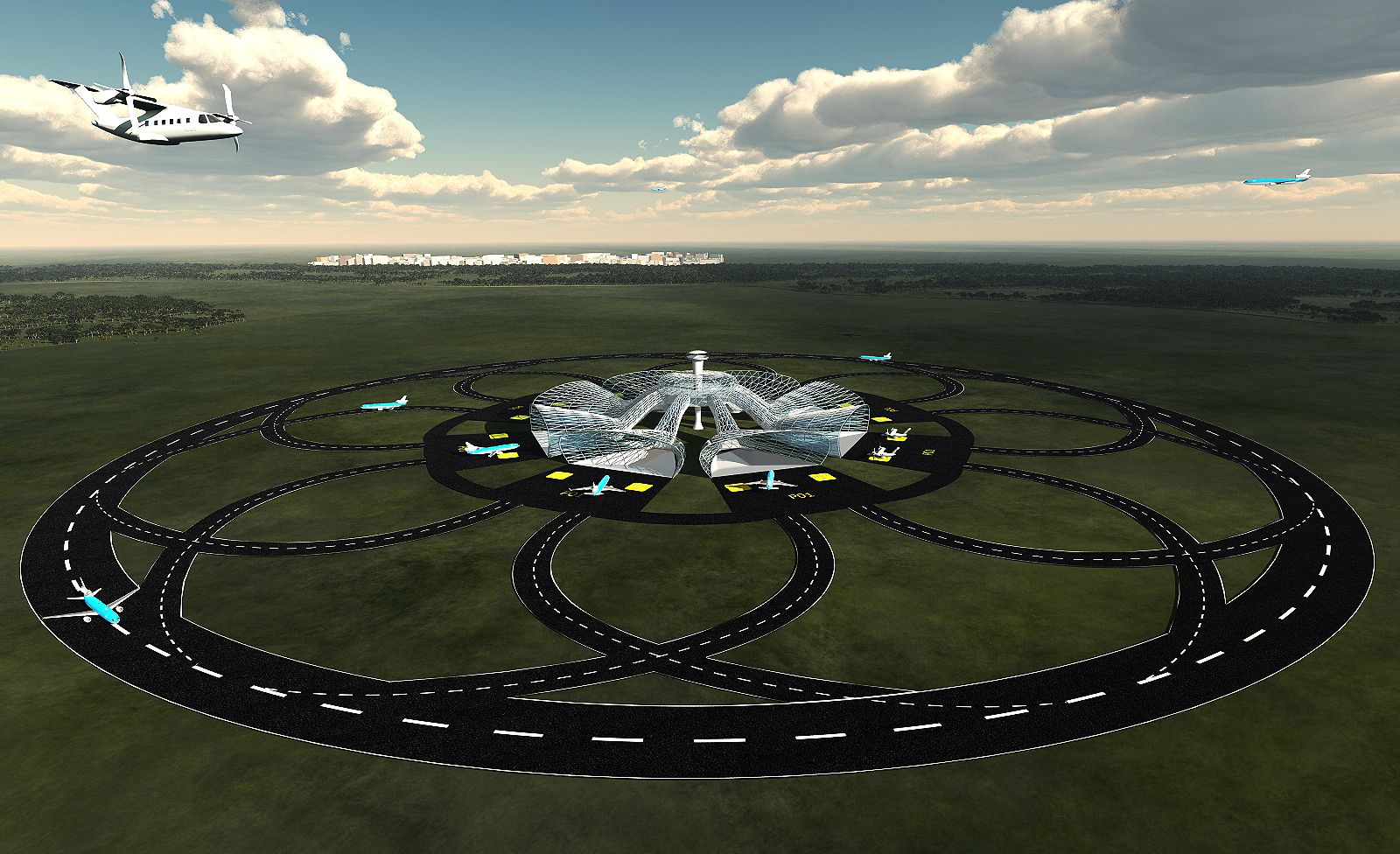 A circular runway could also help ease noise pollution as flight paths could be more even distributed, instead of always coming in over the same sets of houses.

Although military tests were carried out in the 1960s, no circular runways for commercial aviation have ever been built before. What would it be like for people on board? Hesselink says: “The passengers will experience a slight turn similar to a turn in the air. Because of the centrifugal forces, the aircraft will automatically go slower, and go towards the centre of the runway.”

According to Jeff Gilmore on avgeekery.com, one of the most significant challenges would come from pilots. “Changes that force pilots to learn new skills in aviation are pretty common. What is unprecedented though is a change that is so fundamental as how to land a plane. This would require massive retraining in procedures, intense expenditures for flight training, and new types of instrumentation inside and outside the cockpit.”

That may be so, but research (and funding from the European Commission) into the feasibility of circular runways will continue, because in the long term, they could make flying greener, safer and more efficient.