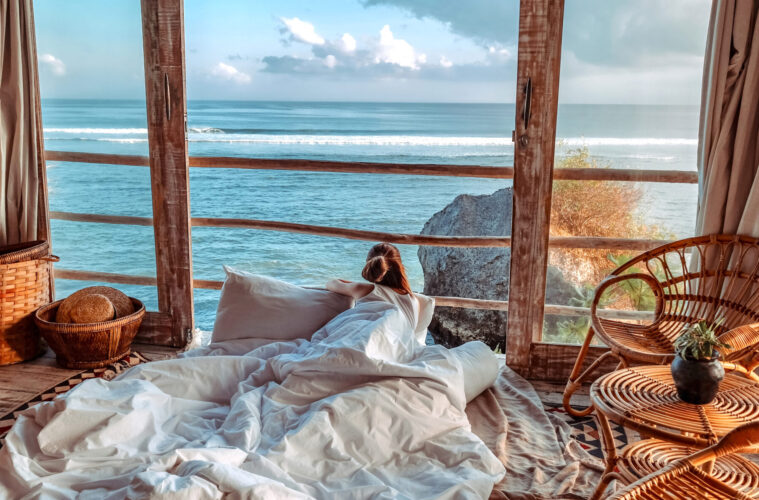 As the island prepares to reopen for international tourists, Bali locals have been offered free domestic trips to test its new health and safety measures. Rose Dykins reports

Indonesia is offering free tours and staycations to residents of Bali, as part of a seven-week programme to test its Covid-19 procedures and reawaken tourism to the nation.

According to Reuters, as part of the free staycation programme, 4,400 Bali residents have been divided into 12 groups and given two-night stays at some of the island’s resorts between October 7 and November 27.

The idea is for these groups to test out new tourism protocols that have been implemented on the island to help keep visitors safe during their time there. Participants in the programme will also enjoy local tours, and are expected to promote “New Normal Bali” on their social media profiles.

Since April, Indonesia’s borders have been closed to international tourists. As the leading national attraction for foreign tourists, Bali has been hit hard economically by the downturn in visitors during the pandemic. Last year the island welcomed 6.3 million visitors from overseas.

The news that Australia’s borders for outbound international travel are unlikely to reopen until late 2021 is a further blow for Bali, as the Australian market makes up a major part of its overseas holidaymakers. According to the Indonesia Institute Inc, a record 1.23 million Australians travelled to Bali in 2019, a 5.4 per cent increase on the previous year.

Still, as the fourth most populated country in the world – home to more than 267 million people – Indonesia’s domestic tourism market is significant. And, last year, Bali hosted significantly more domestic tourists that international ones (10.7 million).

As there are no plans to reopen Indonesia’s borders to overseas visitors until next year, it’s important for the country to harness the power of its domestic travellers to revive tourism. While domestic tourism alone won’t be enough to recover the island’s current low hotel occupancy rates and impacted income, it will certainly play a part in it.