This summer, the Hutton hotel in Nashville will be hosting a series of three- and four-day songwriting retreats for musicians. When ensconced at the property, guests will have access to the city’s finest songwriters and sound engineers, who will help them hone their craft.

Throughout July, August and September, guests will have time in the Hutton hotel’s professional writers’ studios with industry experts who will help guide them in the creative process. They will also get to experience the sights and sounds of Nashville, which is known for its live music scene, for inspiration.

The capital of Tennessee, famous singers and musicians from Nashville include Miley Cyrus, Johnny Cash, Sheryl Crow and Willie Nelson.

The songwriting retreats will be under the direction of Adam Taylor, who has recorded eight Grammy-nominated albums and is manager of technical production at the hotel, and Jill Schmidt, director of programming for Analog at the Hutton.

Helping with songwriting will be Jamie Floyd, who will host in July and September, and Pete Sallis, who will host in August. Sound engineer Sean Sullivan will teach participants how to lay down tracks in the studios. 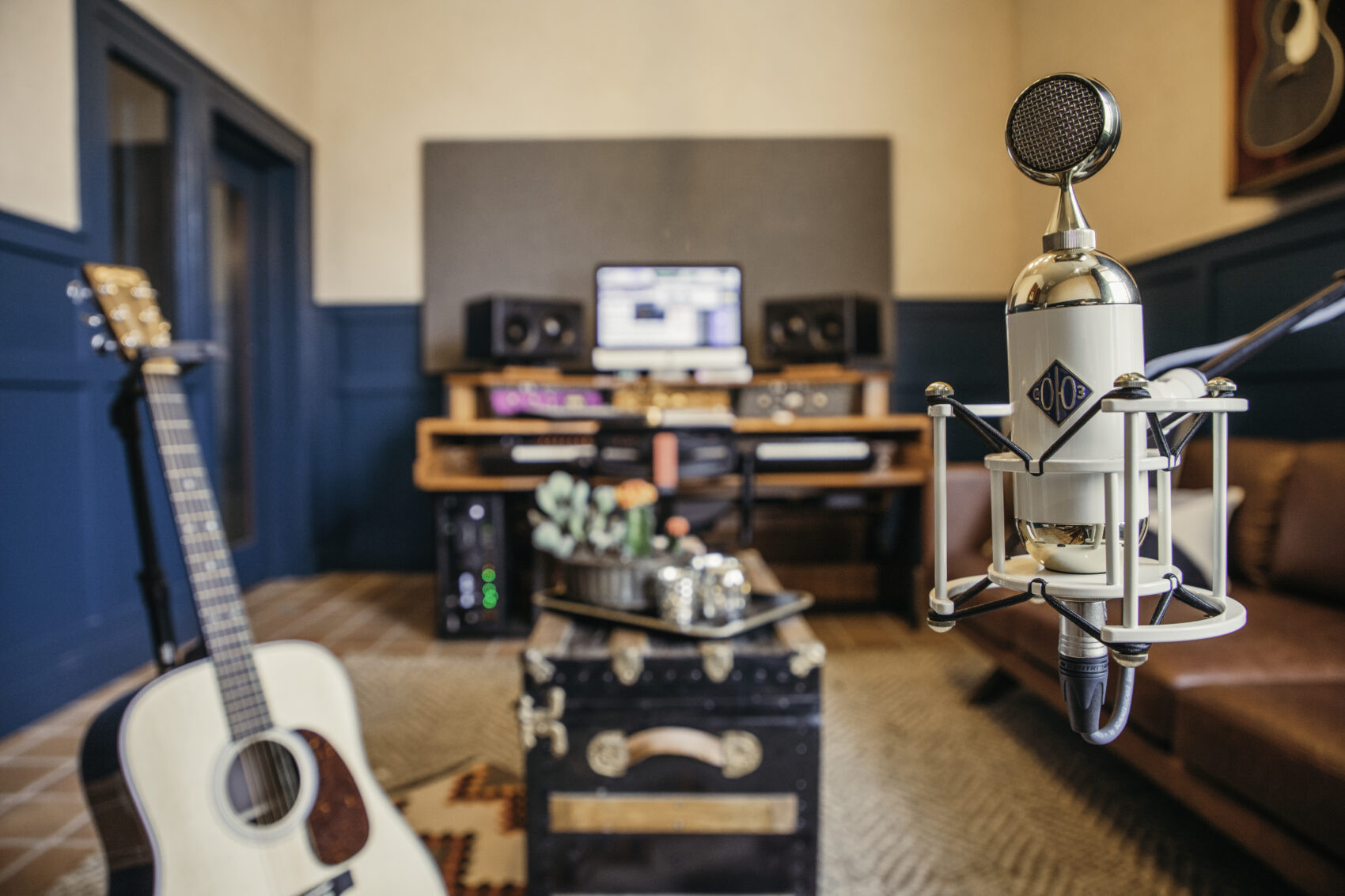 The weekend will begin with a welcome reception for the group and an introduction to the programme, before individual writing and recording sessions take place.

At the end of their stay, artists will leave with a recording of their work, whether they are producing country, pop or electronica.

Renovated in December of 2017, the four-star Hutton hotel now has a 5,000 sq ft entertainment venue and cocktail lounge, and creative spaces developed in partnership with GreenLight Media and Marketing.

Studio 11 Design has turned the public areas, studios and 247 guestrooms (including three suites) into vibrant, inspiring places in which to make music. 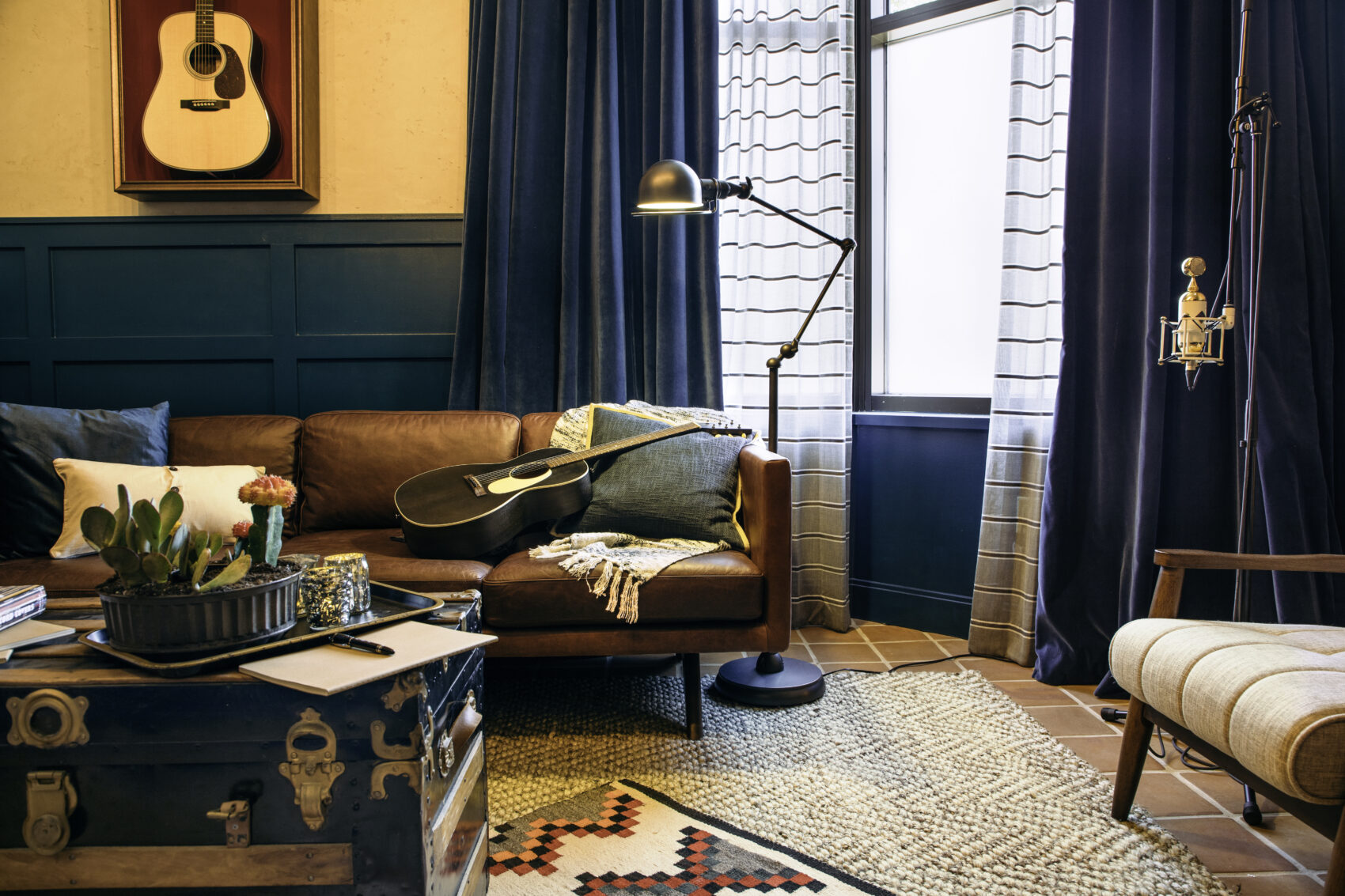 The aesthetic reflects the fact that the Hutton hotel is just a short distance from Nashville’s Music Row, the heart of the country music industry, where numerous record labels, radio stations and recording studios are based.

How much does it cost? The Writer’s Retreat package includes accommodation in the Executive King, Midtown one-bedroom or West End one-bedroom suites; a food and beverage credit of US$250; a welcome reception in the Writers Studios; time with a songwriter; time with a sound engineer; solo time in the studios for writing and brainstorming.  Rates begin at US$2,420 plus tax for three nights.

The Hutton hotel isn’t the only hotel tapping into the “upskilling escapes” trend. Over in Italy, hotel, organic farm and art foundation Villa Lena, in Tuscany, is launching 47 new artists-in-residence for its 2019 summer season starting in May. 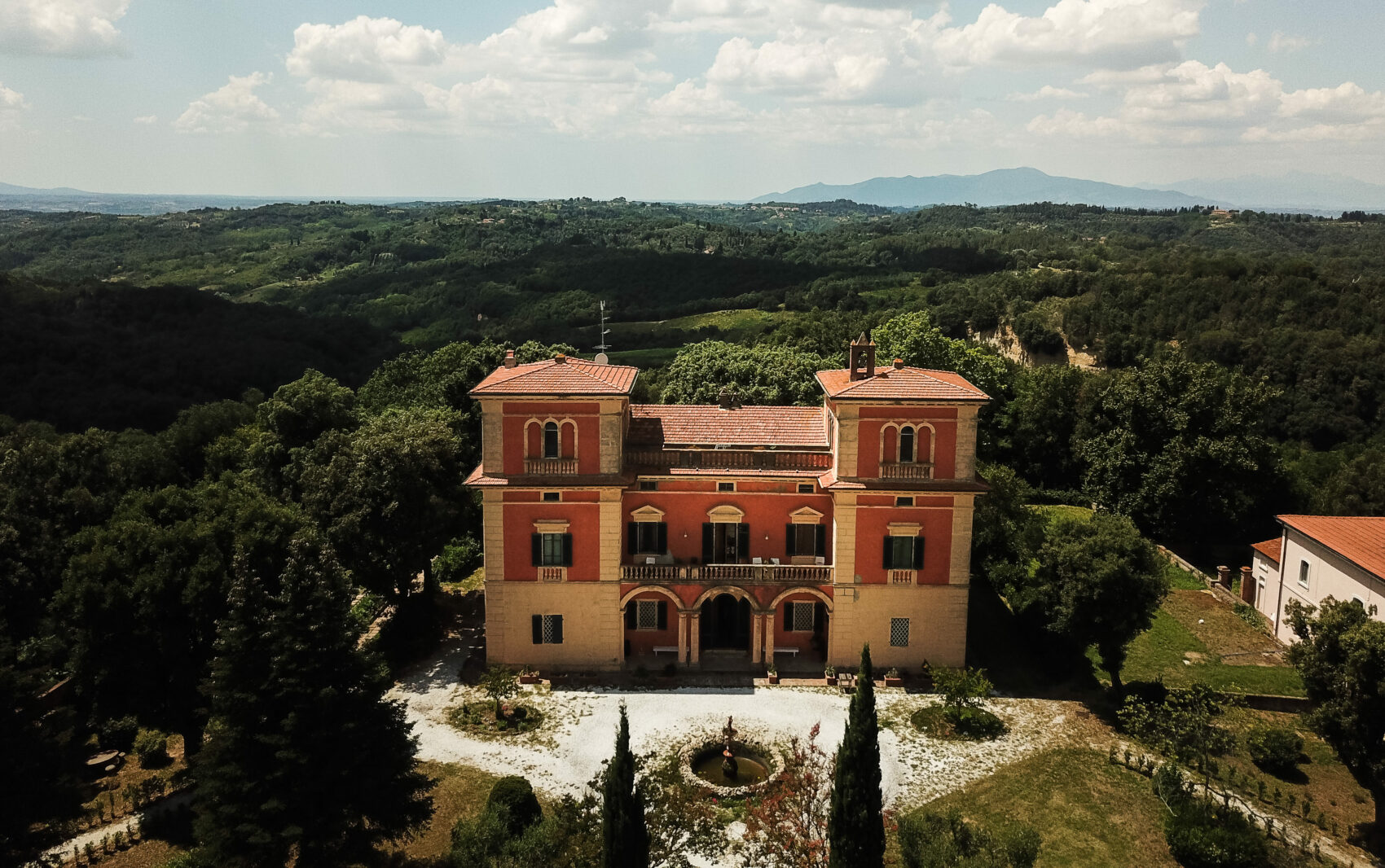 The nonprofit Villa Lena Foundation aims to bring together a mix of multi-disciplinary artists, who are all at various stages in their careers, to encourage collaboration, dialogue and new ideas.

Set in 500 hectares of Tuscan olive groves and vineyards, Villa Lena has numerous studios and peaceful places to work. 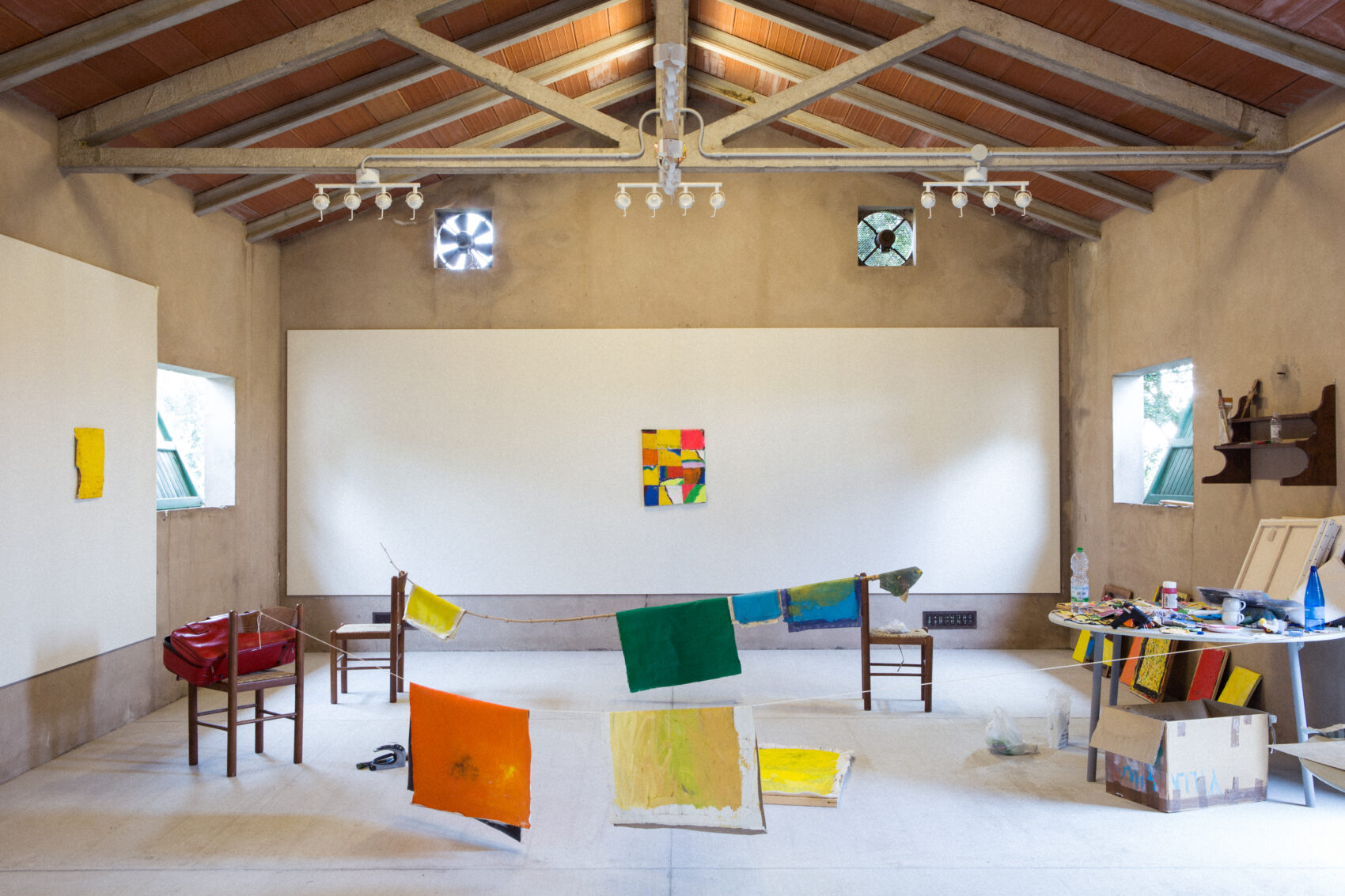 Operating as a hotel alongside the artist residency programme, Villa Lena will encourage guests to attend performances, talks and workshops put on by artists throughout their six-week creative retreats.

Villa Lena will also be partnering with East London’s underground radio station NTS for the first year of their “Work in Progress” programme, in collaboration with Arts Council England and Carhartt. 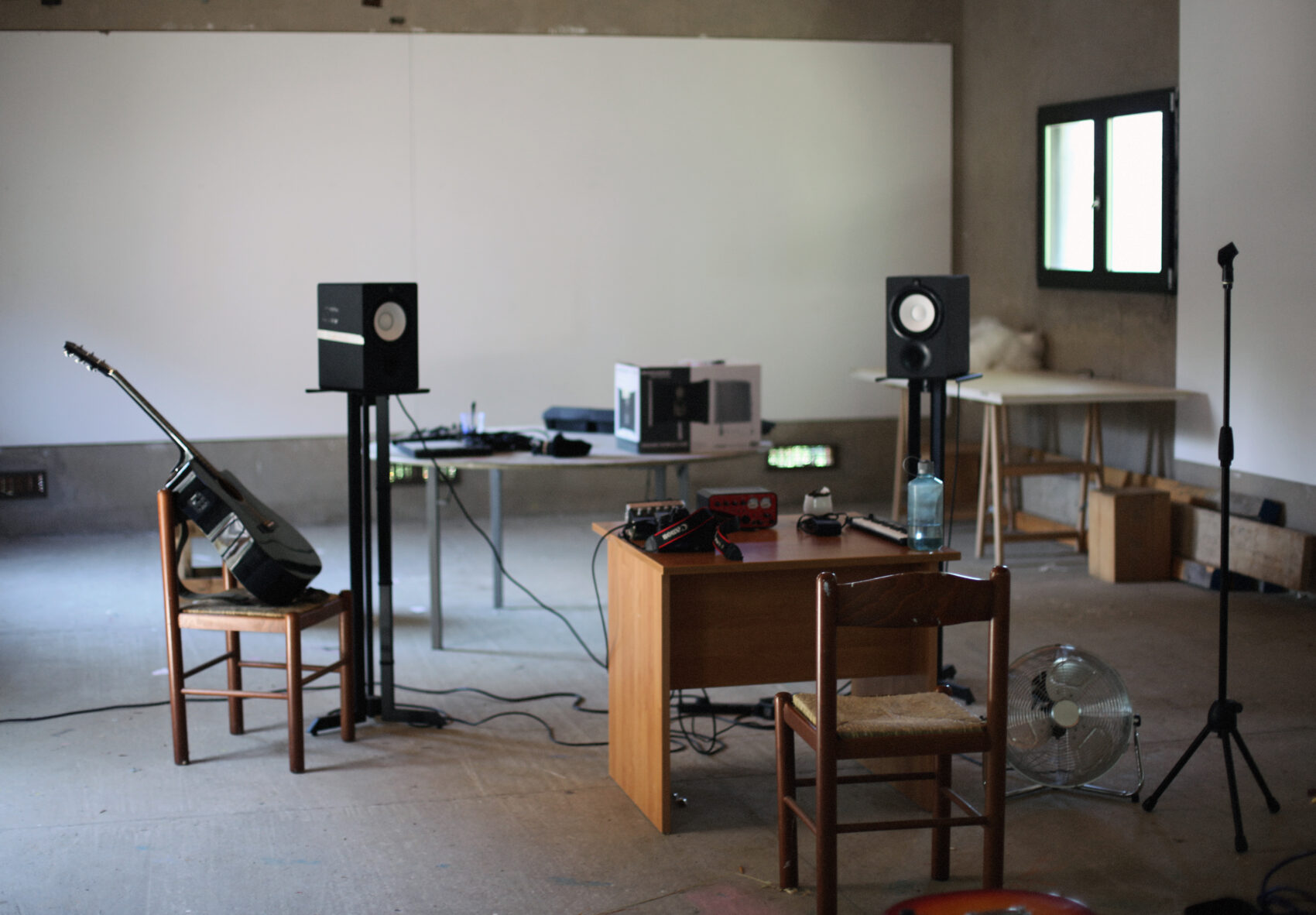 Eight upcoming musicians will be able to use Villa Lena’s recording studios and get mentorship from founder and musician Jérôme Hadey. They will also give regular performances and DJ sets in the property’s newly renovated Fattoria building.

Villa Lena was founded by contemporary art collector Lena Evstafieva, her musician husband Jérôme Hadey and their friend Lionel Bensemoun, founder of the hip Parisian nightclub Le Baron. Guests can rent apartments or houses that are spread over the estate, including rooms in converted stables and private homes.