Despite the uncertainty surrounding the Covid-19 pandemic, those with big enough budgets are planning decadent domestic escapes, adventures into the wild, high-end cruises and private jet journeys before the year ends. Rose Dykins reports

At the moment, travelling feels like a distant dream for most of us. Ubiquitously, holiday plans have been scuppered by lockdowns, cancellations or financial insecurity, and booking a trip right now feels like too much of a risk when the advice is not to travel “indefinitely”.

Travel companies are urgently trying to persuade customers to postpone rather than cancel their bookings to help the industry survive – Much Better Adventures, for example, is offering a 5 per cent discount for life to those who do so, and most airlines are waiving rebooking fees to encourage travellers to move their travel to a later date – Qatar Airways is even going a step further and offering a 10 per cent discount off travellers’ ticket prices.

While the luxury travel sector has also taken a devastating hit, experiencing unprecedented cancellations for coming months, Globetrender predicts that it will bounce back faster than other areas of the industry. According to our sources, some customers with more of a financial buffer are still making plans for their next trip for as soon as they can – and some, controversially, have even fled their homes in crowded cities to spend a luxurious lockdown somewhere secluded (or more glamorous).

Unlike budget travellers booking their own hotels and flights via online channels to get the cheapest deal, some high-net-worth travellers are more likely to invest in the advice and service of consultants or agencies who can protect their booking and help them arrange to postpone it quickly and easily. On top of this, due to their relative wealth, they’re more likely to be in a financial position to be the first back on the road after lockdown.

Like many high-end adventure travel operators, Cookson Adventures has had to postpone or cancel many of its planned trips for now. However, the company is well-placed to meet the demands of travellers craving to escape to a new corner of the world.

“Thankfully, we do still have interest in booking later in year, often to far-flung places onboard private expedition yachts or bespoke camps in remote conservancies,” says Ricardo Gato, the company’s marketing director. “Our bread and butter has always been exploring remote destinations, such as Antarctica, Svalbard and secluded islands in the Pacific – for us that won’t change post Covid-19. We do predict, however, that there will be a big shift in this direction for luxury travellers across the industry.” 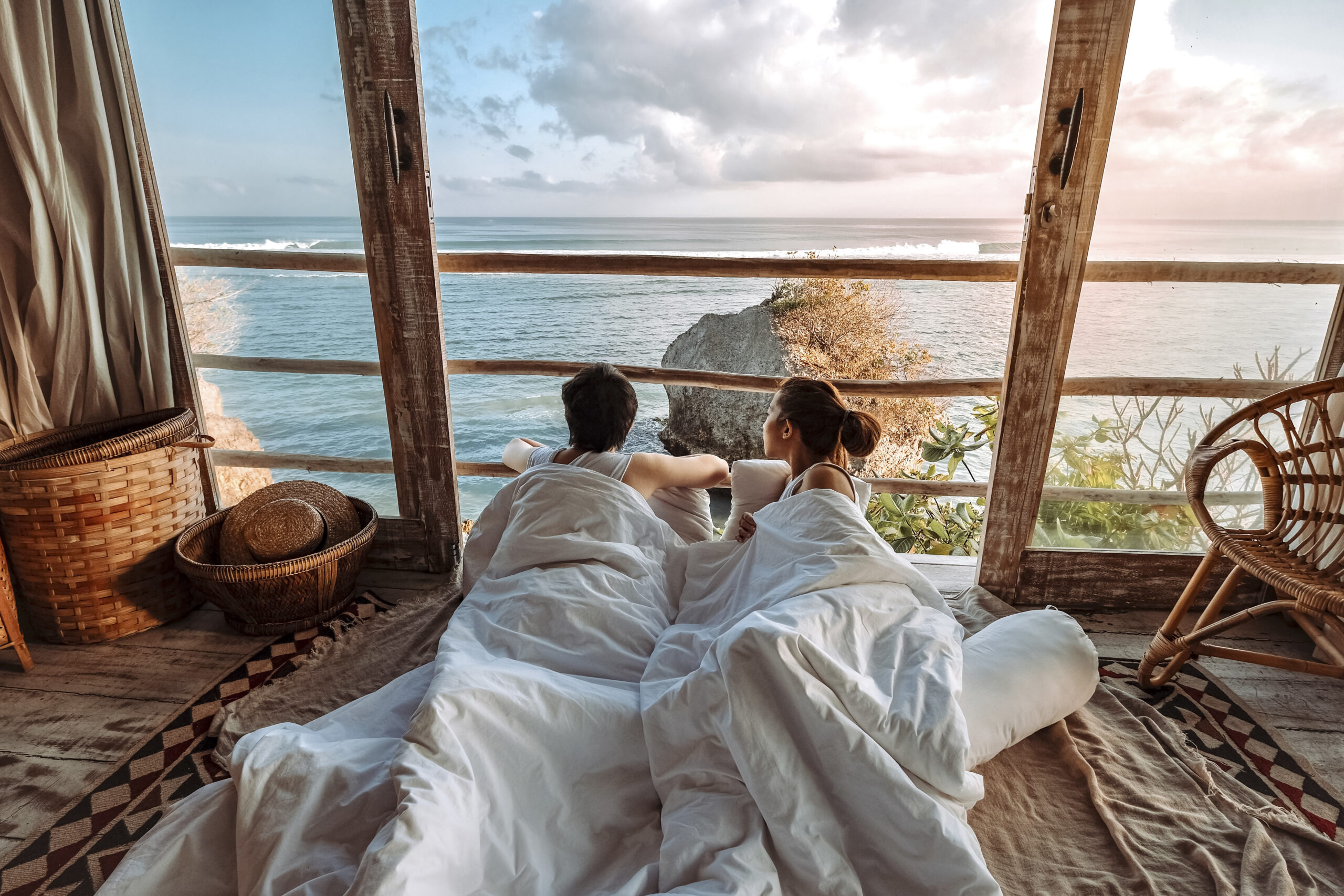 Rebecca Masri, founder of Little Emperors, a private members’ club offering special rates and rewards from its luxury hotel partners, with 50 per cent of its members based in the UK, says: “We still have bookings currently going through our platform. Of course, the decline is unbelievable – we were doing hundreds of corporate and leisure travel bookings each week, and now we’re now doing about five a week, most of which are relocations involving multiple rooms for longer durations.”

Currently, Masri says October seems to be the point that most Little Emperors members are banking on being able to travel again. ”Until October, whilst most future travel plans have been cancelled, we’ve had some bookings – often with the question of: ‘What’s the cancellation policy?’” she says. “Most hotels are now operating much more flexible booking policies, which has allowed us to secure bookings from October onwards.”

From Little Emperors’ back-end system, Masri is seeing a trend in searches for autumn and winter escapes to natural retreats, beach destinations in tropical climes and island resorts.“ The Maldives is picking up a lot of searches, especially for later in the year, as is Costa Rica, the Caribbean and Mexico. Domestic travel – across all markets – is also picking up searches in the more immediate future,” she says.

“I predict people will be less inclined to go to busy places, so I’m nervous for Europe over summer. I think the Europe we know – the South of France, Ibiza, Mykonos, Sardinia, Monaco – all the trendy hotspots, I’m sure there will remain a market for these places, but it will be smaller than the market we’re used to. I think people will be more inclined to do things which actually involve more space, and maybe less humans with more focus on wellbeing.”

Another trend to expect from the luxury market is “second-attempt” trips from infrequent luxury travellers. This includes those who’ve missed out on once-in-a-lifetime holidays they’re highly emotionally and financially invested in – such as honeymoons – due to Covid-19 travel restrictions.

Britt Marie-Monks, founder of the Honeymoon Fixer, says: “We’re still rebooking honeymoons for clients who now want to move them to the end of 2020. We’re also working for some couples who plan on getting married later this year, but the conversion rates (from planning to booking) aren’t great, even with people who have the budget – in some cases because they don’t know yet if their weddings are even going ahead.”

For those planning high-end honeymoons first-time round during lockdown, Marie-Monks is noticing a trend for more intrepid itineraries. “Because people have been contained, when they get out again, they want to do more exploring, rather than a fly-and-flop honeymoon in an all-inclusive luxury resort,” she says.

“For example, self-drive tours of Canada, unique tours across South America with lots of wildlife. Japan is still firmly on people’s bucket lists. And we’re still getting requests for small, high-end winter cruises too – the Norwegian fjords seem to be really popular. People don’t seem to be put off cruises, despite what has happened with certain cruises during Covid-19. Once you’re a cruiser, you’re a cruiser.” 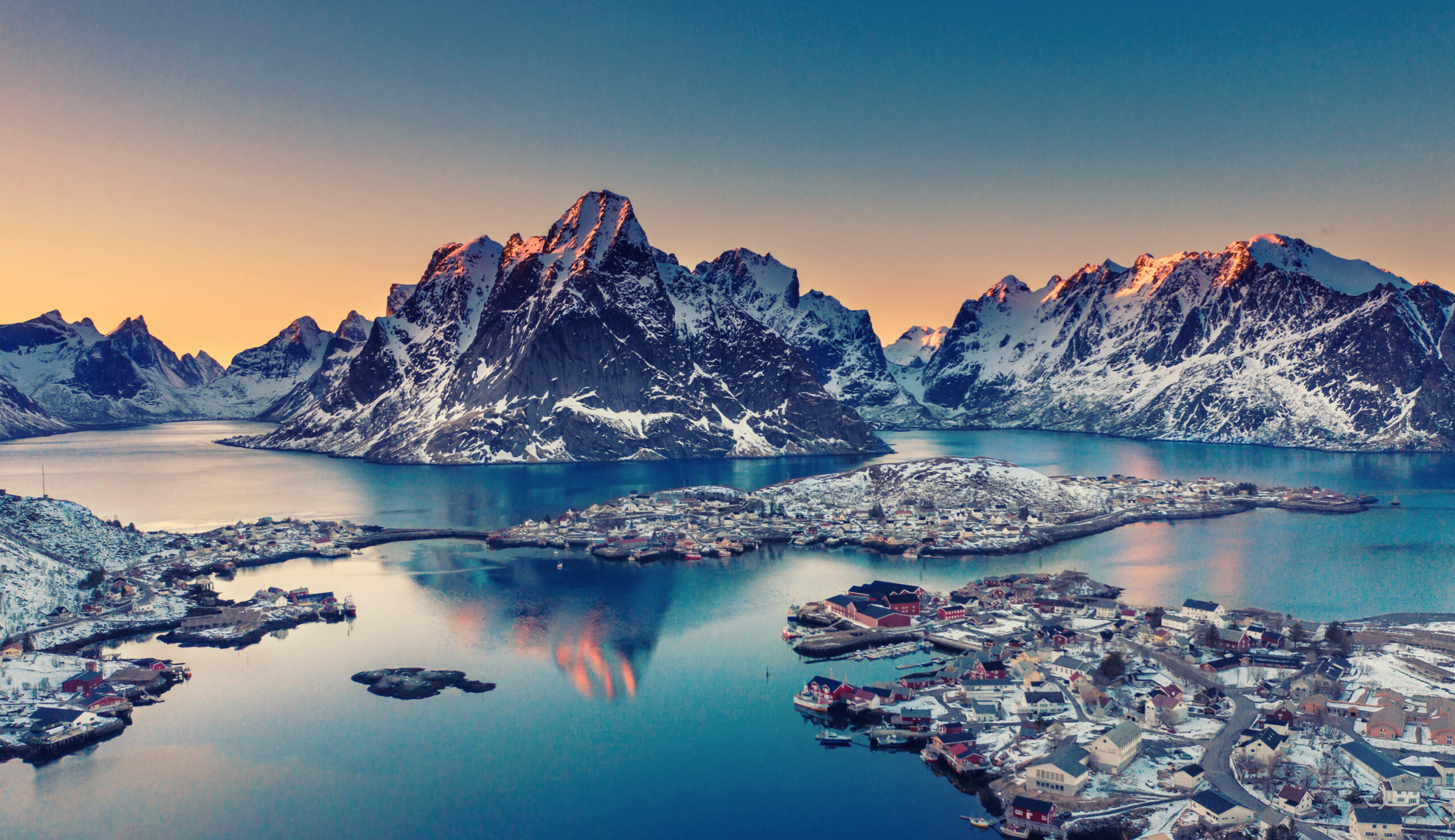 As many people look to certain Asian nations where coronavirus cases are decreasing – such as China and South Korea – as an example of what post-lockdown life may look like, they won’t be looking into the crystal ball and seeing the return of international luxury travel.

Although wealthy travellers from recovering countries may have the money and pent-up wanderlust to see the world, their freedom to do so is limited until more nations reopen their borders. What’s more, China and South Korea have both introduced 14-day quarantines for any inbound travellers, an attempt to prevent a second wave of new cases.

As China begins to emerge from Covid-19 crisis, its domestic luxury travel sector is starting to show green shoots of recovery – a trend that logically will be the case for other countries until cross-border travel becomes viable.

A recent survey of people from 100 cities across China, the Trip.com Group, China’s largest travel agency, found that 90 per cent of respondents would prefer for their first post-lockdown travel to be domestic, with the historic mountain province of Yunnan, the upscale beach resorts of Hainan Island and Shanghai coming out as the top three destinations of choice.

And according to Andy Christie, private jets director for the ACS Air Charter Service (ACS), there’s been a spike in private jet charters within the country. “China has come out the other side, and purely domestic flying has started to increase again,” he says. “There are high-net-worths in China wanting to get out of the cities where they’ve lived in lockdown to their summer houses or other locations where their family may be, and with jets, they avoid the main terminals, and any large groups.”

Blair Hong is CEO and founder of Seoul-based T-Percent Travel, a travel curation agency for high-net worth Korean travellers, 95 per cent of whom are based in South Korea. “Right now, I don’t have any pending bookings or events until September or October,” she says. “Countries aren’t accepting visitors and domestic travel is not recommended yet in Korea. Some of my clients are saying that, as soon as countries are accepting visitors again, they want to book trips.

“In general, people don’t believe that business will be back to normal until July or August over here. People have been at home for months here dreaming about their next trip, looking at social media and for now, I am creating sample dream itineraries for them based on their personal preferences. I’m guessing we will be extremely busy again soon.”

When air travel becomes possible again for more of us, it’s unlikely that airlines will operate routes at their pre-Covid-19 capacity for a long time. As a result, passengers will probably be competing for fewer tickets, meaning first class seats will become even more of a hot commodity.

Instead, more luxury travellers may seek the option of chartering their own jets, and it’s like that the private jet sector may benefit in a post-lockdown travel landscape – not least for the privacy and seclusion it offers from other people. 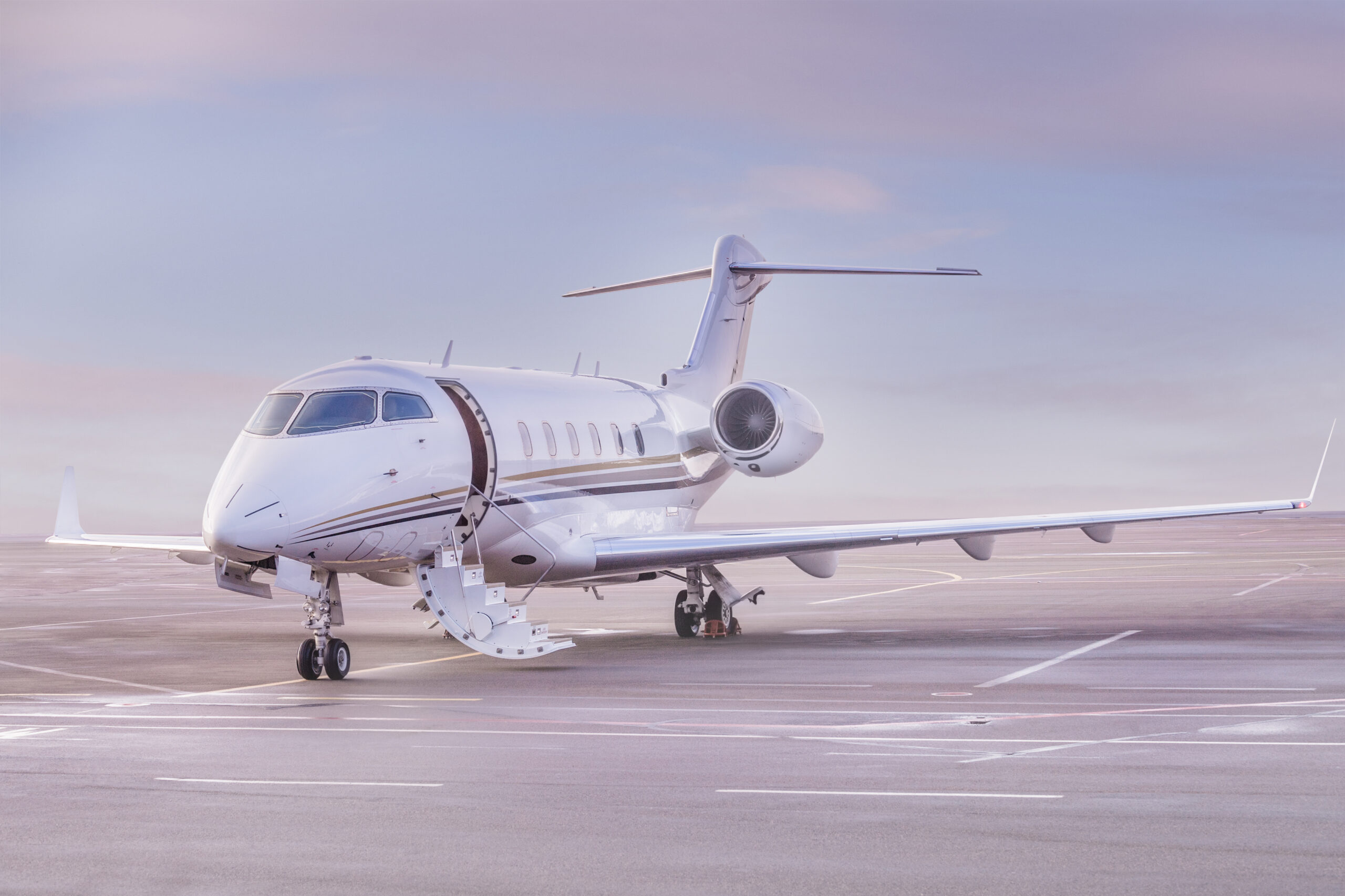 Christie from the Air Charter Service reveals that around the globe, wealthy travellers are still enquiring about booking private jets, despite being in lockdown. “What we’re finding is that a lot of people are having their permits rejected – they’re trying to fly somewhere that isn’t approved to fly,” he says.

“So they are putting those trips on hold, and we’ll revisit them when the borders reopen. There are a lot of people who didn’t get to have their ski trip this year for example – I think that market will will come back very strong.”

Unlike commercial airlines, the lead-in time for booking private jet charters is a matter weeks rather than months. This means while high net-worth travellers aren’t able to book private air charters just yet (other than in the US and China, where domestic air travel is currently still permitted) once restrictions are lifted, they’ll be able to do so at short notice.

And unlike commercial airlines, the private jet industry is able to be more agile and recover its operations to serve luxury travellers faster. “We expect there to be a big influx when the controls soften – it’s just a matter of when,” says Christie.

“The whole of the the private charter business is built on short-term demand. On a normal day, within three hours’ notice, the crew are at the airport, the aircraft is fuelled and you can depart. The market is built around quite a lot of affluent people who make snap decisions a lot of time, and money buys you that.”

Still, if everyone has the same idea at the same time, jet-setting luxury travellers may still find they face some restrictions. “One thing money can’t buy, is more slots at a small European airport,” says Christie. “For example, the Greek islands aren’t always catered particularly well for 50 private jets coming in over a weekend. The airports have to control the slots to limit the number of jets they can physically handle. So they play a significant role.”

It’s likely that only once the post-pandemic dust has settled, a vaccine is available, and the true impact on both individual countries and the global economy is known will anyone be able to make concrete decisions about when and where they should next travel. Even though some luxury travellers may have the means to place bookings now, the question remains: will their late-2020 itineraries actually be possible when the time comes?

Laura Dean, co-founder of The Travel Design Company, says: “Recently, we’ve had quite a few people who happy to plan their itinerary right up until the moment of booking, but are nervous about what will still be around at the time of travel. Will their airline go bust? Will it still be a once-in-a-lifetime opportunity they’d hoped it be – will they get there and find they can’t do some of the things in the itinerary? We do our best to reassure them, although, we don’t know what the landscape will look like either. But we are more than happy to help them navigate it.”