London-based personal recreation vehicle company D-Fly is set to unveil the world’s first electric Dragonfly Hyperscooter, which will whizz commuters around cities at speeds of up to 38 mph. Emily Eastman reports

Costing US$5,000, the Dragonfly Hyperscooter isn’t a cheap way of getting around town, but it’s certainly cool. It has been developed by D-Fly Group and is made from advanced “automotive-grade” materials using cutting-edge engineering and technology.

Premium materials are key to the sell, and they need to be given the scooter’s US$5,000 price tag – and that’s for the base, three wheel model. The four-wheel version goes for almost US$6,000, and added options hike up the cost again. D-Fly says full pricing will be released closer to the launch date, which is scheduled for the middle of this year.

The Dragonfly’s sleek frame is crafted from carbon fibre – light but strong – aerospace-grade aluminium, and carbon-fibre-reinforced paulownia wood. It will go on sale in the US in summer 2020 but may be illegal to ride in the UK (although legislation might change). 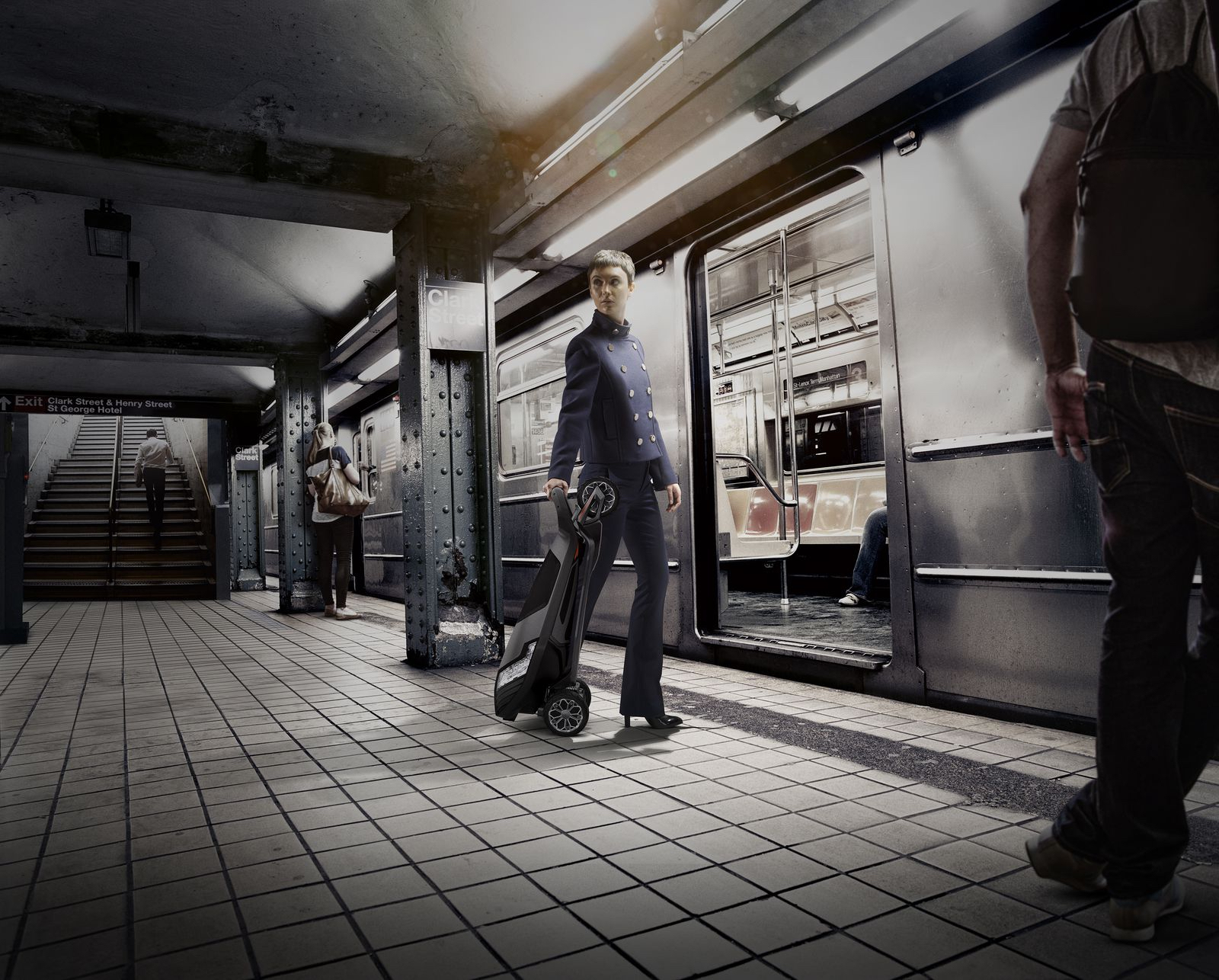 The headlights and indicators are automotive grade, while the control system is inspired by those found in Formula 1 racing cars.

Riders have full steer control thanks to D-Fly’s patent-pending “fulltilt” technology, which offers three-dimensional tilt and twist controls that synch with the motions of the rider.

The rotary-control throttle means riders can accelerate and brake with one hand, and a smooth ride is guaranteed thanks to a dual independent suspension system. There’s also a four-wheel-ride mode, which gives a tighter turning circle and precise control.

The Dragonfly can hit speeds of up to 38mph, propelled by dual motors delivering 1,800 watts to each wheel. It’s powered by rechargeable battery packs that can be swapped when charge is required, meaning a ride goes uninterrupted.

The batteries offer range of up to 11 miles with the included standard travel pack, although riders wishing to go farther can boost that to 28.5 miles with the long-range battery pack accessory. 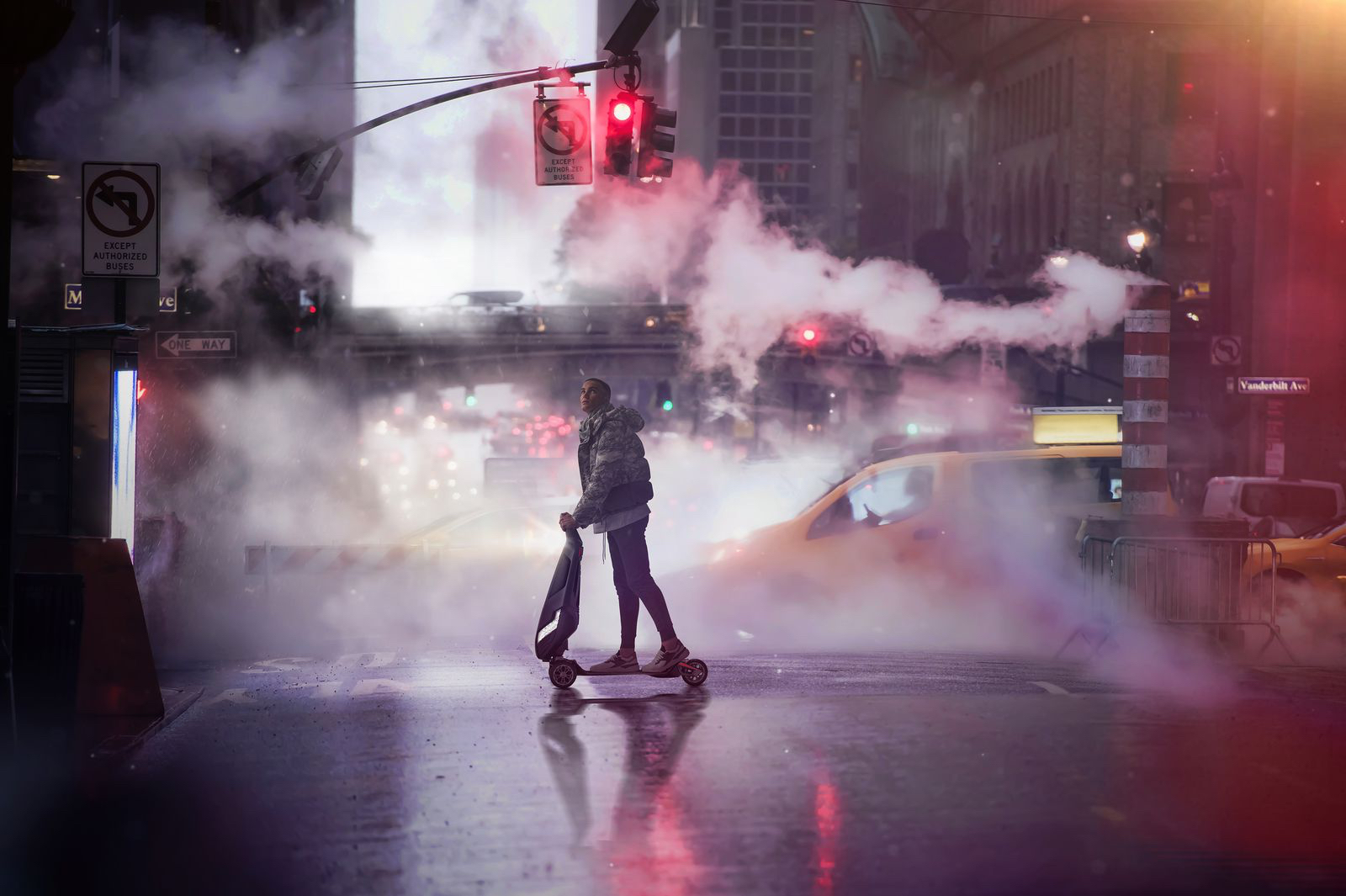 Riders also have instant access to apps via the 4.5-inch ultra-HD 4k display and can pair their phone to a high-quality sound system via bluetooth. GPS directions can also be displayed from a paired device.

The Hyperscooter is the brainchild of D-Fly Group founder Jez Williman, a British entrepreneur and founder of Tensator Group, which he sold in 2008 to a private equity group.

Tenastor made its name with Tensabarriers – a product that perhaps doesn’t sound familiar, but almost certainly is: think of the last time you passed through one of those retractable barriers that keeps crowds in line at airports, festivals, theatres – the list goes on.

It’s a global success story that gives credence to Williman’s launch into the volatile scooter market. Many e-scooters on the market are Chinese-made models that have been rebadged and then marked up for Western buyers.

This process doesn’t necessarily affect quality, but it has created a difficult market space for start-ups, evidenced by the fact that some companies are collapsing before they even ship their first product. It’s something for consumers to keep in mind when hefty deposits are required.

But given Williman’s background, buyers would be forgiven for getting excited about the Dragonfly. Speaking to Forbes, he pointed out that the link between retractable barriers and electric scooters isn’t that far-fetched.

“In many respects this latest venture of mine is related because it’s about people still waiting in line but waiting in their vehicles and the related issues, the costs that waiting and that congestion and that isolation causes the world and the problems around it.”

He added: “I wanted it not to be just a good scooter. I wanted it to be the Hyperscooter, the way hypercars are to supercars … a real new technology-breaking product that the world has never seen [and] a new genre of micro mobility.” 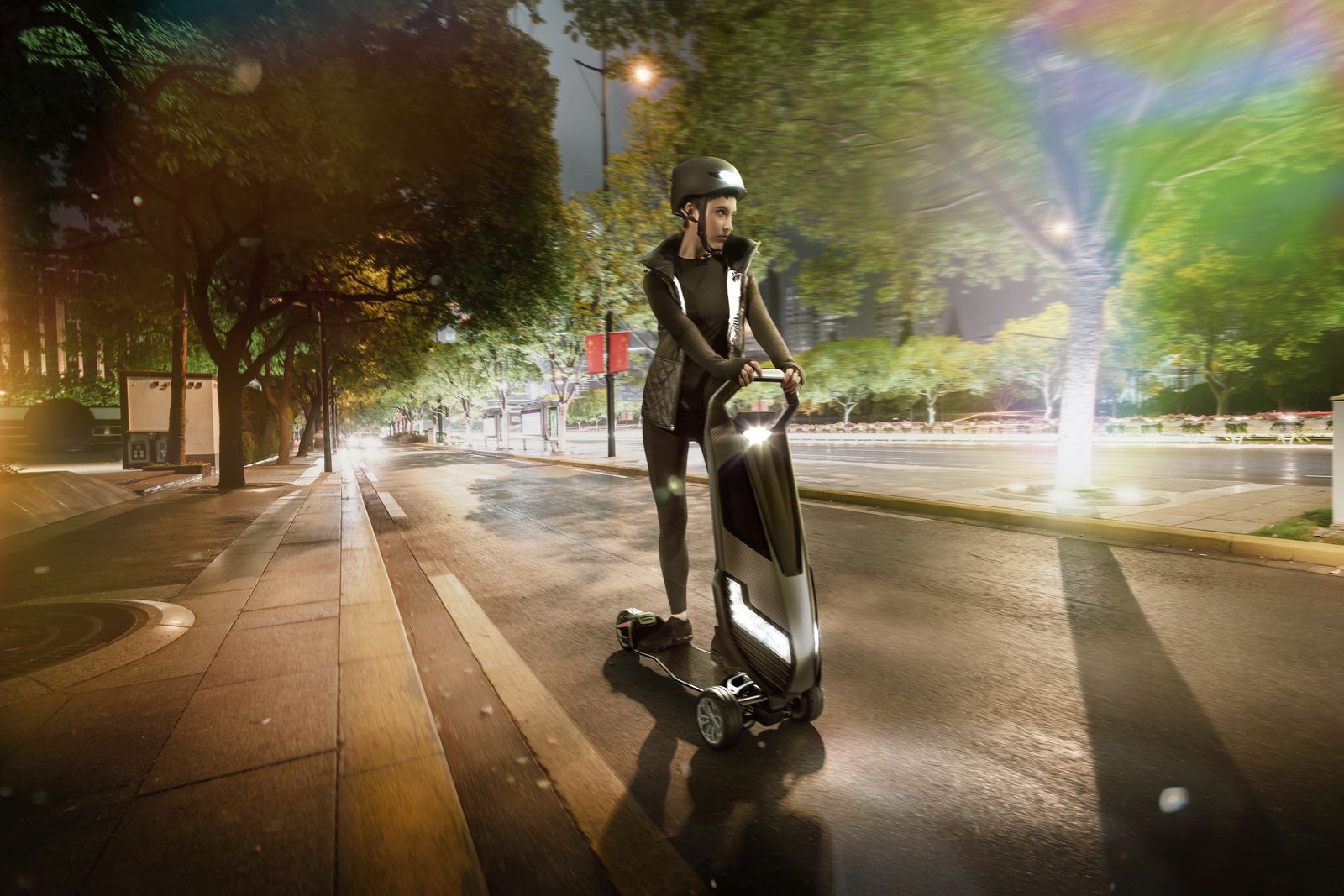 He described the target buyer as “people who want a higher level of product”.

Micro mobility has taken off in the past few years, with companies in countries from China to the US providing consumers with convenient “last-mile” transportation.

The likes of Ofo, Mobike, Citi Bike and Jump Bikes have all gone on to raise venture capital or be acquired.

Now, companies have shifted focus from bikes to shared, dockless electric scooters, with pioneering US companies Bird and Lime becoming the fastest-ever US companies to reach billion-dollar valuations (within a year of inception).

It’s a trend that’s continuing and growing worldwide. In Europe alone, the year between Q1 2018 and Q1 2019 witnessed the emergence of five e-scooter companies.

In part, this growth is down to cities worldwide seeking solutions to congestion and pollution caused by large road vehicles.

Challenges will include ensuring e-scooters can safely share existing infrastructure and developing ways to track the location and condition of scooters around a city. Theft and damage is a widely reported issue, too, with some vandals objecting how the dockless scooters are dumped around their city.

Montage Hotels to offer guests free healthcare with One Medical