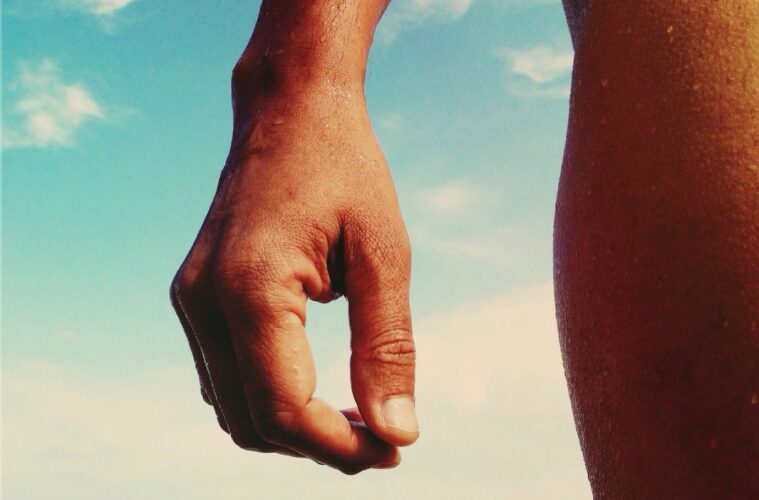 Naked travel: nine nude experiences everyone should try once

Nudist holidays were once confined to quiet beaches, but the demand for nude experiences is growing rapidly on the back of the body positivity movement. Ben Brown reports on the burgeoning trend for naked travel.

“For about 5 seconds you might feel terrified, but after that you’ll realise it’s the most natural thing in the world,” a member of New York’s topless book club tells me. The Topless Pulp Fiction Appreciation Society meet every week in New York parks and rooftops to read books and hang out… naked.

“When we first met, we were always the only topless women in any park we visited. By last summer, we frequently saw other women going bare-chested in the sun. We like to think we’ve played a role in normalizing toplessness in New York, showing women it’s nothing to be afraid or ashamed of, and men that it’s not something they need to ogle or leer at.”

The naked form is not uncommon on European beaches, but in the UK and US we’re a little more prudish. Attitudes are changing, however. From the “Free the Nipple” campaign to collective nudist art, body acceptance is growing in strength, leading many to dip their toes in the water of naturism. Naked travel is the next logical step.

Andrew Welch, British Naturism, the UK’s organisation for Naturists says: “We know that people are far more willing to try social nudity and so it’s great to have confirmation that more and more of us are letting go of any hang-ups and are feeling comfortable in the skin we’re in.”

So let’s strip off, throw caution – and our clothes – to the wind, and find out what naturist activities are out there for the naked traveller.

A recent survey by lastminute.com revealed that 35 per cent of men would bare it all on a beach, along with 17 per cent of women.

Last year, only 8 per cent of British people had tried naked travel. This figure has more than doubled now. Lastminute.com says that “getting an all-over tan is the most popular reason to bare all on the beach, with 42 per cent of the vote, while 21 per cent do it to ‘reconnect with nature’ and one in five (20 per cent) want to ‘step out of their comfort zone’”. 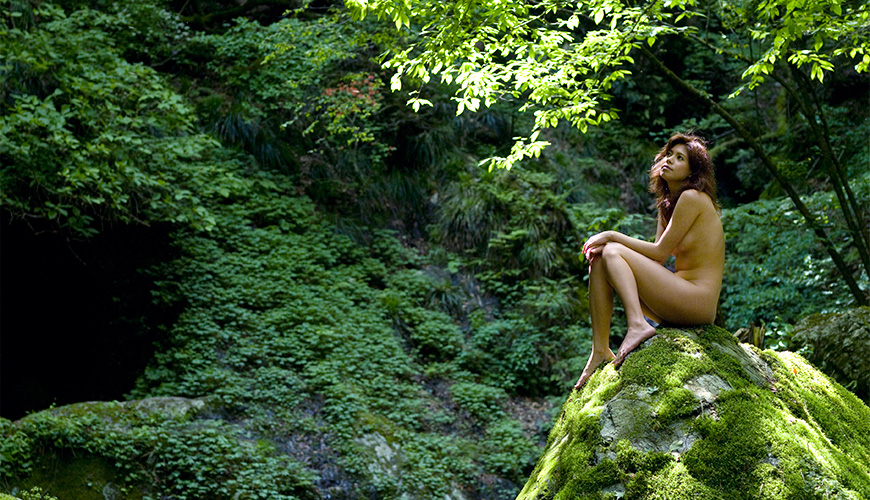 Summer holidays are the ultimate way to relax, so why not do it as sans bikini? Globetrender spoke to two leading UK naturist tour operators and both confirmed our hunch: business is booming.

“The problem we now face is availability,” Natural Holidays told us, “as some of our smaller destinations become fully booked up to a year in advance”.

As for the top destinations, Away with Dune said: “Our bestselling destinations are the Greek Islands (Zante, Corfu and Rhodes), Spain (mainland and Majorca) and the Caribbean.”

For Natural Holidays, it’s Fuerteventura: “Virtually the entire island’s beaches are naturist friendly so it makes a great destination for people who want to experience naturism in and around their apartment complex as well as when out and about exploring new beaches.”

According to both tour operators, the future all depends on new destinations opening up. Interest in naked holidays is growing rapidly, but more naturist resorts are needed to satisfy the demand.

For first-timers to naked travel, a naturist beach is perhaps the best place to start. There are only a handful of naturist beaches in the UK, but Brighton Beach is the best known. It’s a 200-yard stretch of beach away from the main seafront, but it’s still one of the busiest naturist spots in the country. 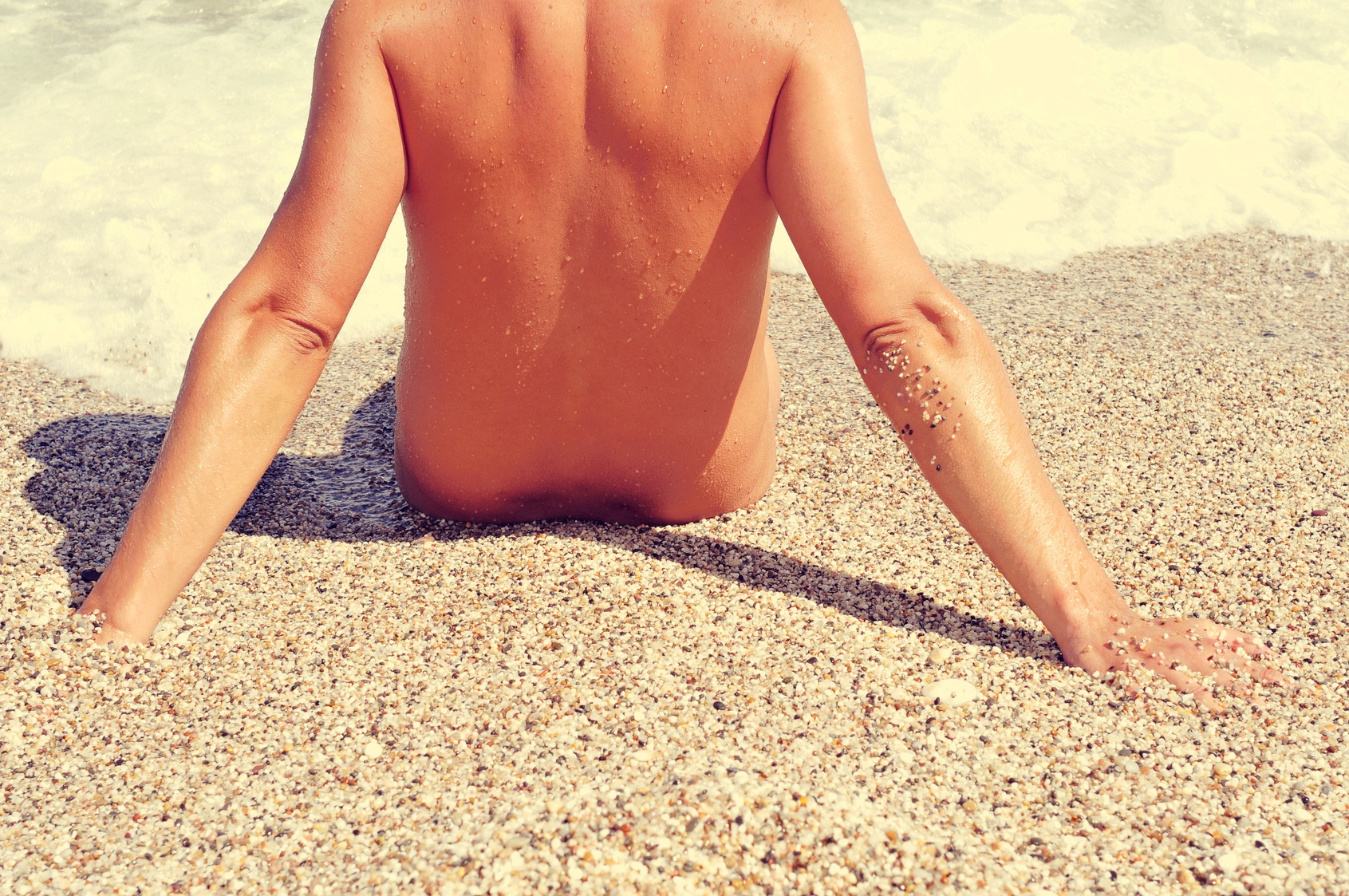 If you’re looking for somewhere a little quieter, try Cleat’s Shore on the Isle of Arran or the incredibly private St. Osyth beach in Essex.

3. Visit the Aqua Dome in Austria

Austria’s spa culture is one of the most relaxed on the planet. Spas are typically nude-only (no bathing suits allowed) and co-ed, so male and female mix freely.

Aqua Dome is the Disney World of Austrian spas; a luxury complex nestled in the Alps with 12 pools, seven saunas, salt pools, and a glacier room. The spa area is strictly nude-only, although you can protect your modesty with a towel when moving between sauna rooms. With glorious mountain views and thermal spring water pools, this might be the best place to get naked in the world. 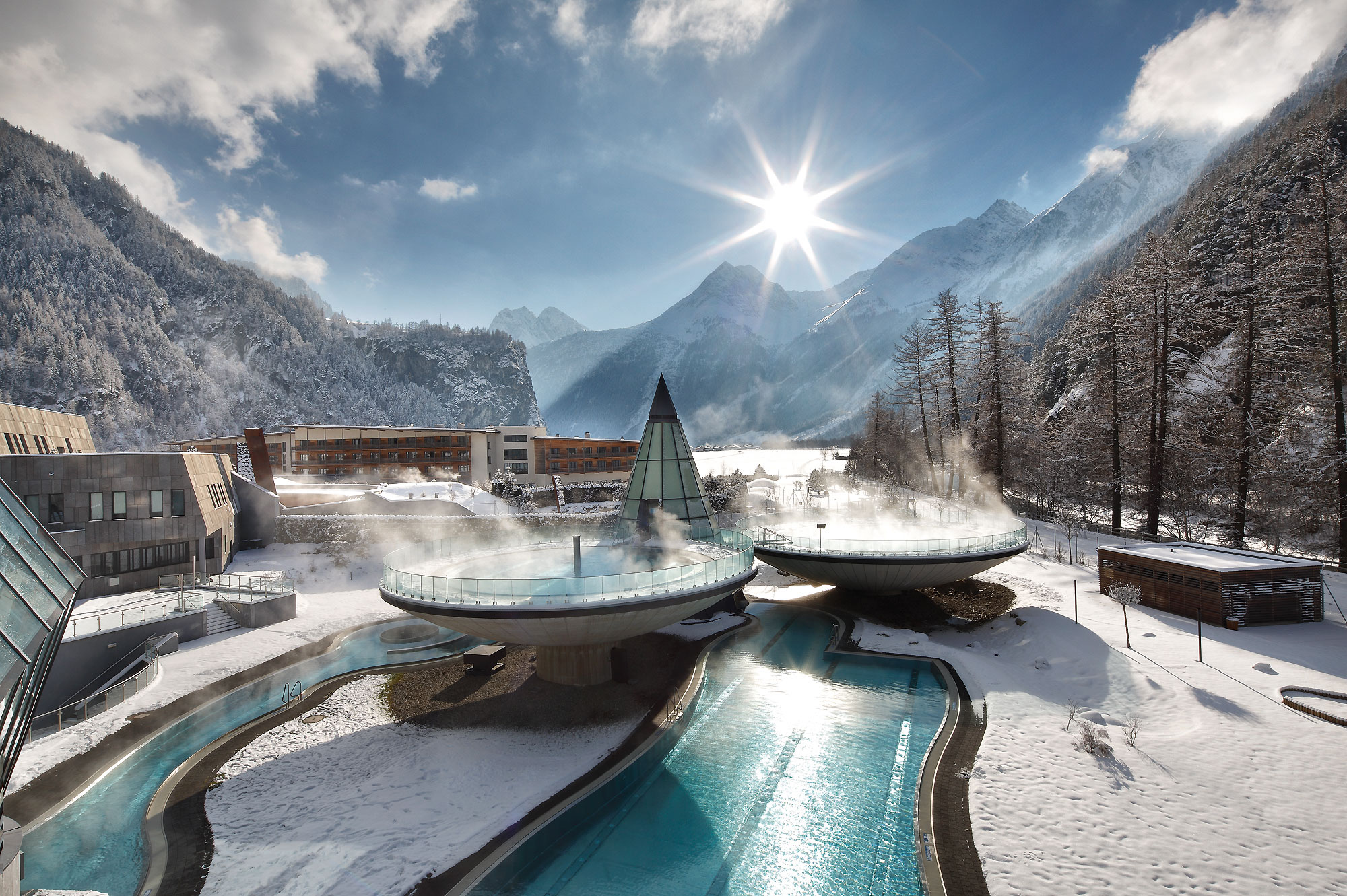 4. Dine at the Bunyadi restaurant

The Bunyadi was London’s first “naked restaurant”. After a successful pop-up launch, with 44,000 names on the wait list, The Bunyadi is now raising funds for a permanent London location.

The restaurant embraces the au naturel ethos with every detail. It operates without electricity, serves only vegan organic food (on clay plates), and bans the use of mobile phones. Even the wait staff are in the buff, surrounded by intimate candle lighting and natural bamboo interiors.

Communal bathing is a celebrated part of Japanese culture. An onsen is a hot spring bathhouse where clothing is optional. Often set in beautiful surroundings near rivers or mountains, it’s the perfect place to unwind.

Onsens are usually separated into male and female areas so it’s a little less intimidating for first-timers. Be aware that tattoos are frowned upon in Japan and many onsens ban those with body art. The Niwa No Yu onsen is regarded as one of the best in Tokyo, but for the true onsen experience, head to the volcanic, mountainous regions of Hokkaido or Okinawa. 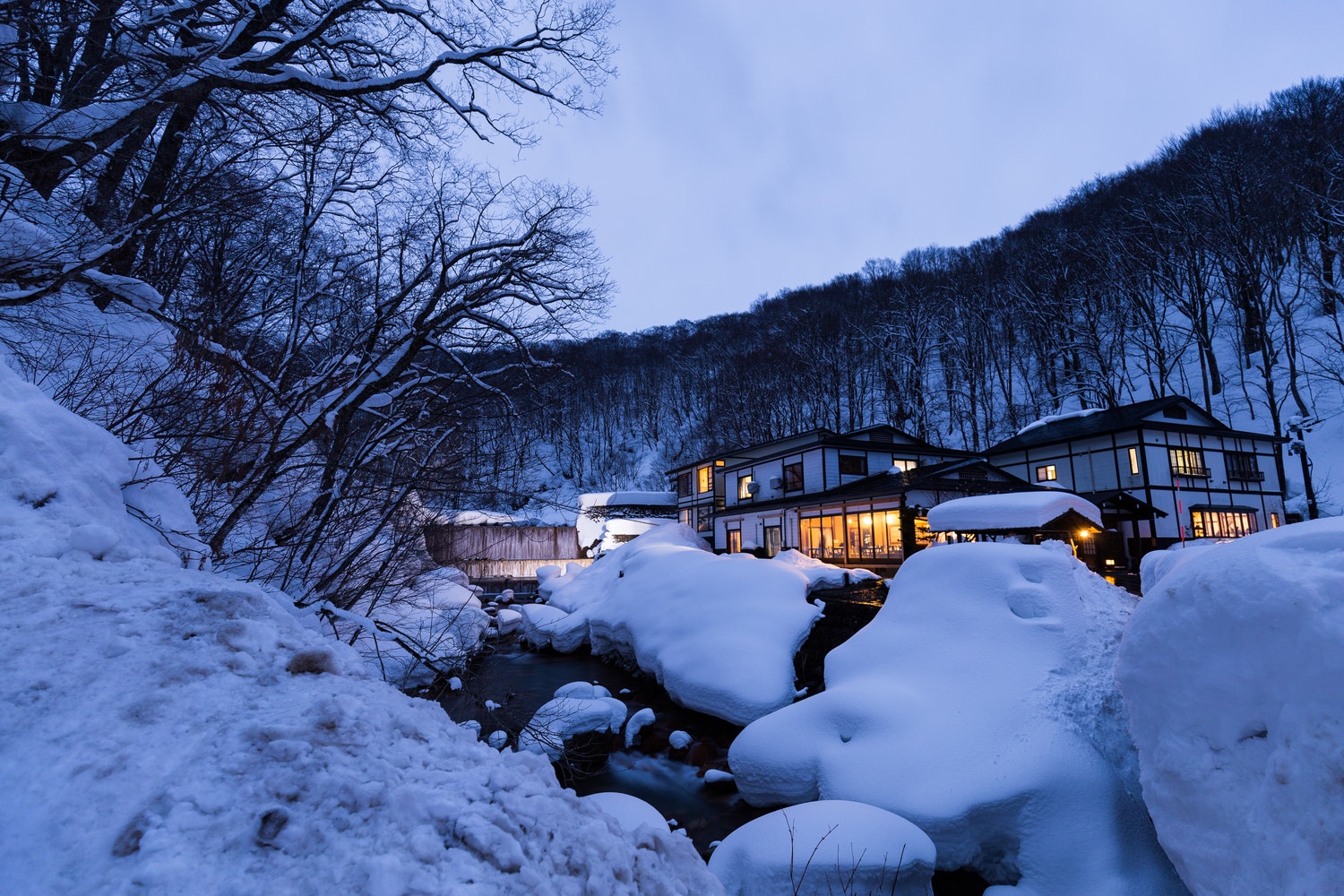 Yoga has been practiced in the nude since its ancient inception; it even has a sanskrit name, nagna yoga or vivastra yoga. It’s yoga as the puranas intended.

The practice of yoga is one of the most centring, liberating activities; you wonder why we ever did it in clothes. Far from being gratuitous or sexual, naked yoga tends to promote body positivity, mental wellness and a return to nature.

Nowadays, you’ll find a naked yoga class in just about every major city, including London, with most offering female-only, male-only, and coed classes.

In New York, a small group of bookworms get together to share their love of pulp fiction and celebrate that female toplessness is every bit as legal as the male variety in the city.

They are called the Outdoor Co-ed Topless Pulp Fiction Appreciation Society, and meet at clothing-optional rooftops or Central Park. There are also similar groups in Chicago, London, LA, and Melbourne.

As members of the book club told me, “All parks in New York are equally topless-friendly as a matter of law, but you’ll certainly draw more attention in a small park in midtown Manhattan, like Bryant Park, than in the quiet northern reaches of Central Park. If you’re looking for somewhere to just relax and not be bothered, Central Park or Riverside Park are good choices. Or of course the roof of your apartment building if your landlord hasn’t locked the door!”

2,000 people floating off the coast of Florida, all as naked as the day they were born. What’s not to love about this form of naked travel? There are now more than a few dedicated naturist cruise operators (check out cruisenude.com), and more and more traditional cruise companies are opening the gangway to bare bums and other bits. 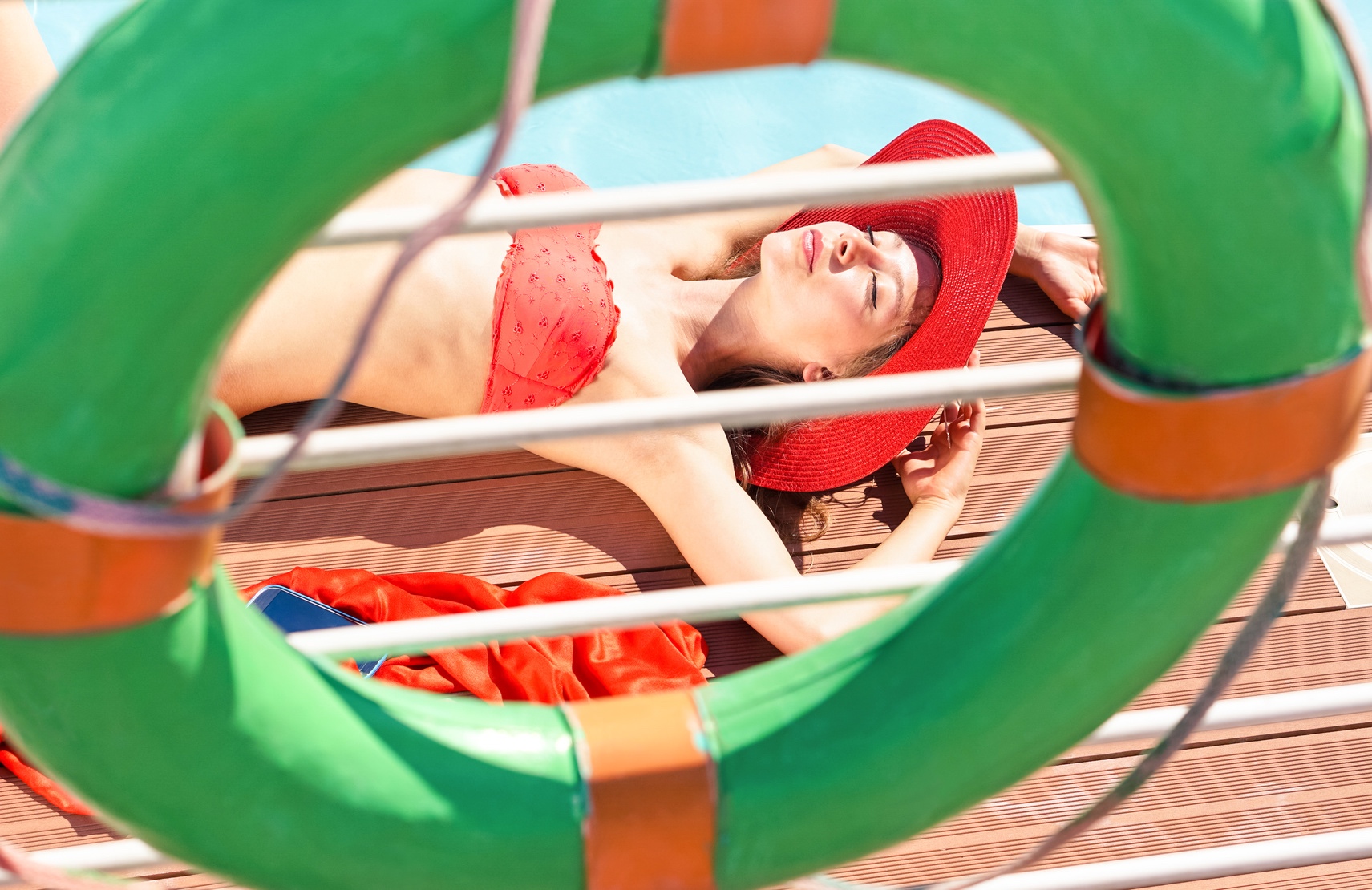 There’s nothing quite like running into the ocean in your birthday suit. For the ultra-brave, try the North East Skinny Dip in Northumbria. Every year, hundreds strip down and brave the cold to raise money for MIND. If you’re looking for something a little more secluded, head inland to Linhope Spout where you can dive into the plunge pool.

Warmer skinny dipping options can be found at the nudist beaches of Europe. Try Formentara in Spain where nudity is commonplace.

“It’s the most natural thing in the world”

While naked yoga and topless bookclubs are mostly regularly frequented by the younger generation, one reporter confirmed our suspicions about naturist cruises: they are dominated by the over 60s.

Embracing naturism no longer has the “hippie” connotation of old. Nor is it pervy. As the team at Natural Holidays puts it: “The two words that sum up naturist holidays are ‘freedom’ and ‘relaxation’. Freedom from clothes and being able to fully relax in an environment where no one is making judgements about your body or your clothing”.

If you’re still unsure about stripping off, the members of New York’s topless book club have some great advice: “Just try it. You have the legal right. You have a body like anyone else. On a hot summer day you have as much right to be comfortable as anyone else. Try it. For about 5 seconds you might feel terrified, but after that you’ll realize it’s the most natural thing in the world, and that being naked in public isn’t about how you look to other people, it’s about how you feel yourself.”

And if you’re still cautious, think of it like this: if everyone’s naked, no one’s naked.

(Globetrender made some additions to this article in March 2019.)

The Diagonal Dwelling is a cantilevered cabin for remote locations